Photo Article Real Progress at the Greek Hovel but....

There is a snag. We have all the demolition permits but the building permit iss er. delayed. Yes that is the one we were promised by June 30. Now it is August so after eleven months of toil and endeavour the Greek State bureaucracy grinds to a halt. So the builders can do nothing until September. I head to Greece shortly and will be popping into the Kalamata planning department for words... However there is good news as you can see below.

The stonework on the existing hovel has been replaced and window spaces made perfect. it looks a bit grey but that is only because the cement used to seal the stone is grey. It will now be scraped out and replaced with a yellower cement which with the light yellow, brown, red and grey stones means the Hovel will be the same colour after completion as it was before. It will just be a place not a hovel.

The roof is off and from September, before the winter rains start , a new pitched wooden roof to be tiled, will start to go up. The end of the rat room has been taken off so that it can be extended out by another two yards to make a great bedroom for Joshua. All in all there is real progress. I shall be back in the Taygetos mountains seeing my friends in Kambos and checking out the hovel in a couple of weeks time but it is heading the right way.

The rat room, at least, should be habitable by the time I head over for the olive harvest in December. 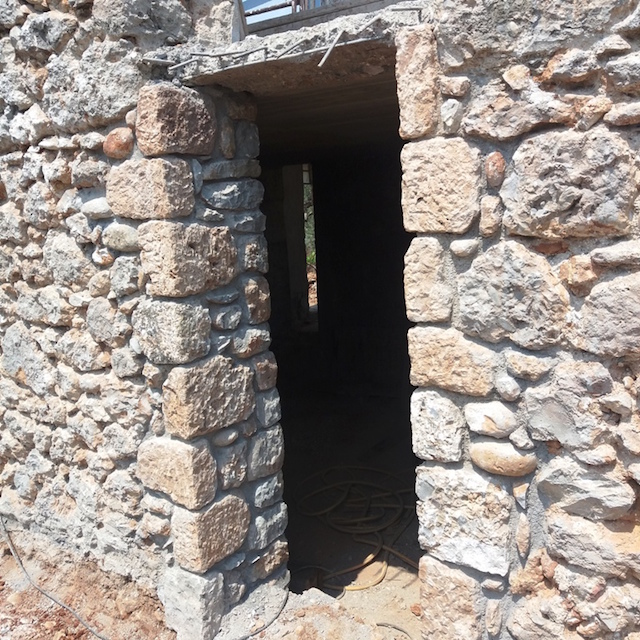 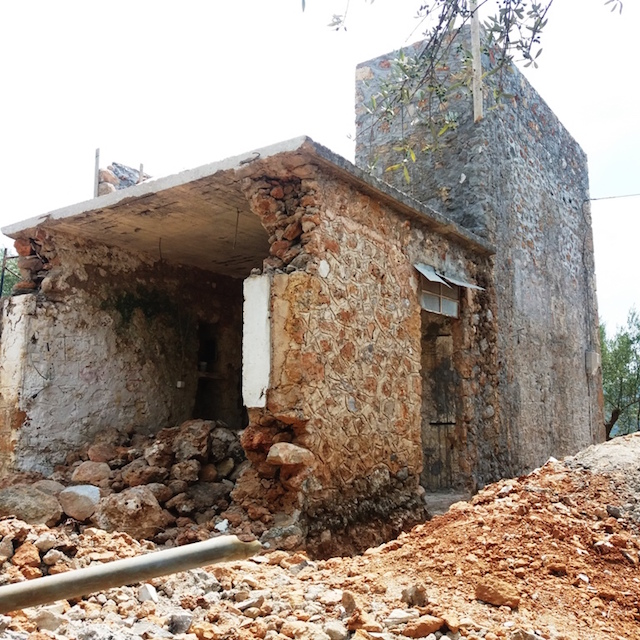 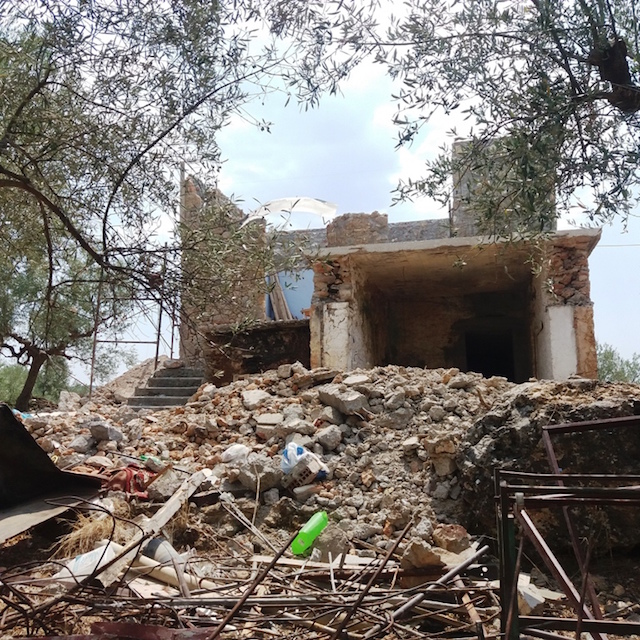 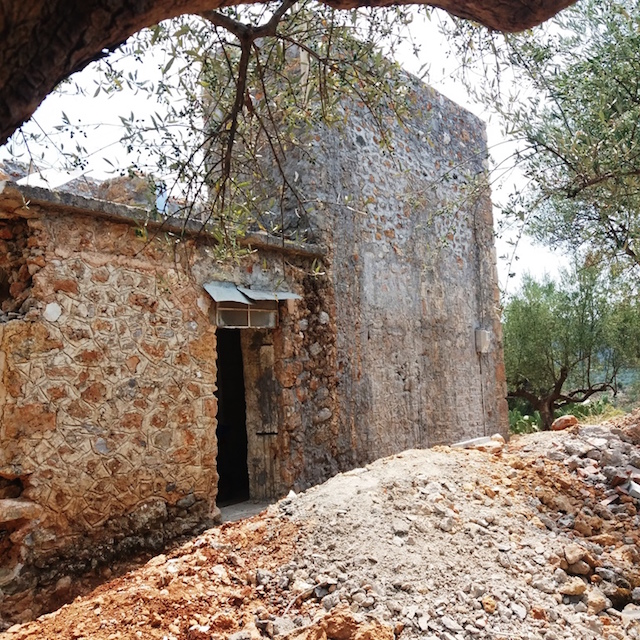 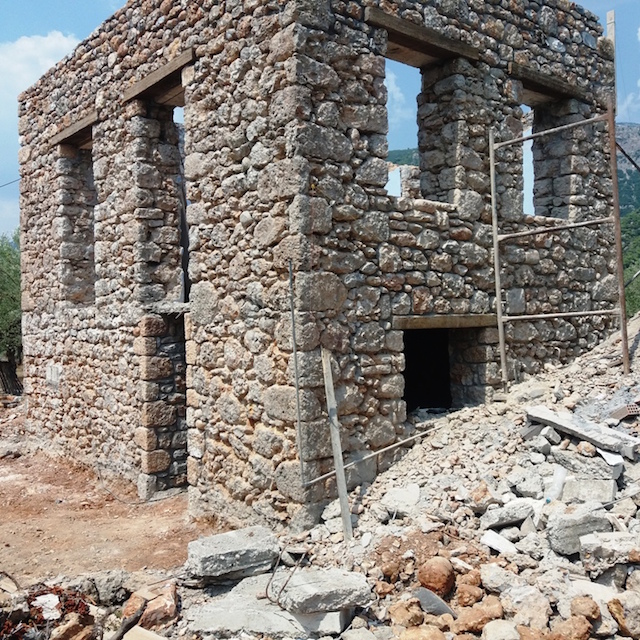 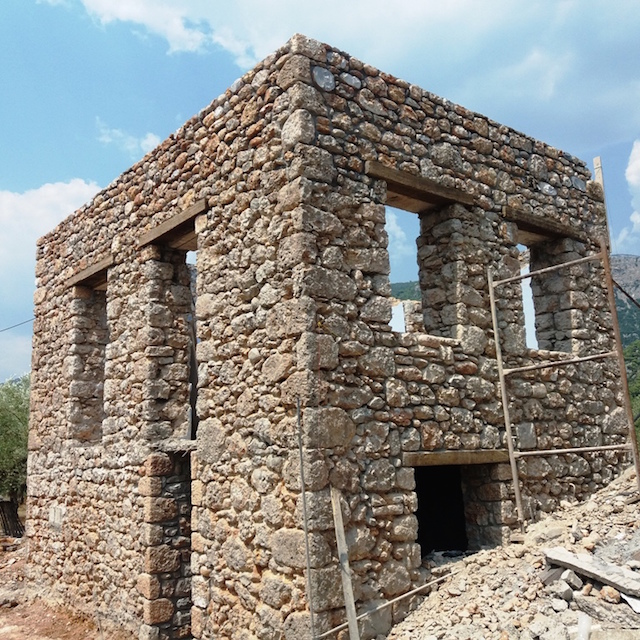 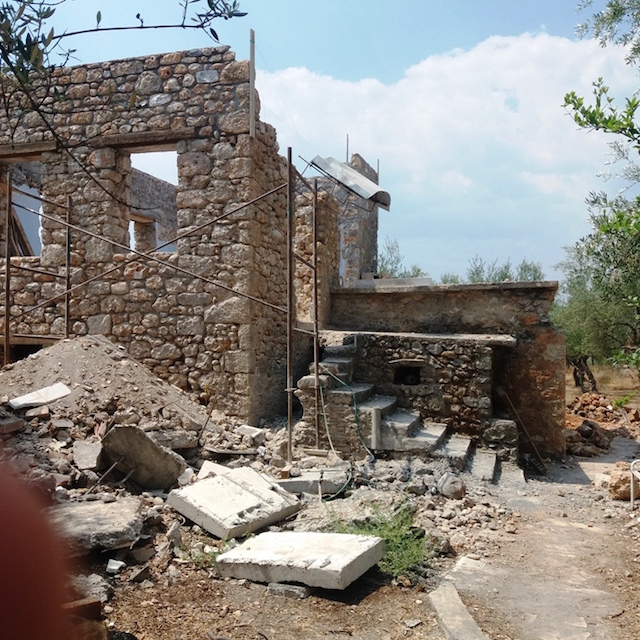 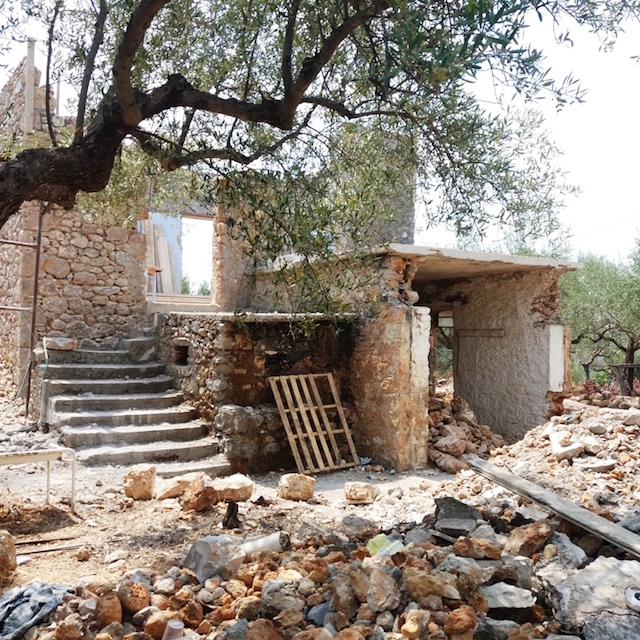 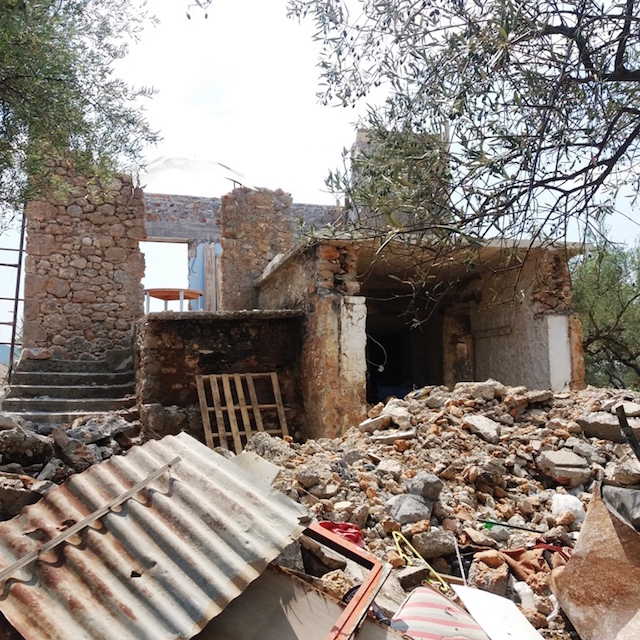 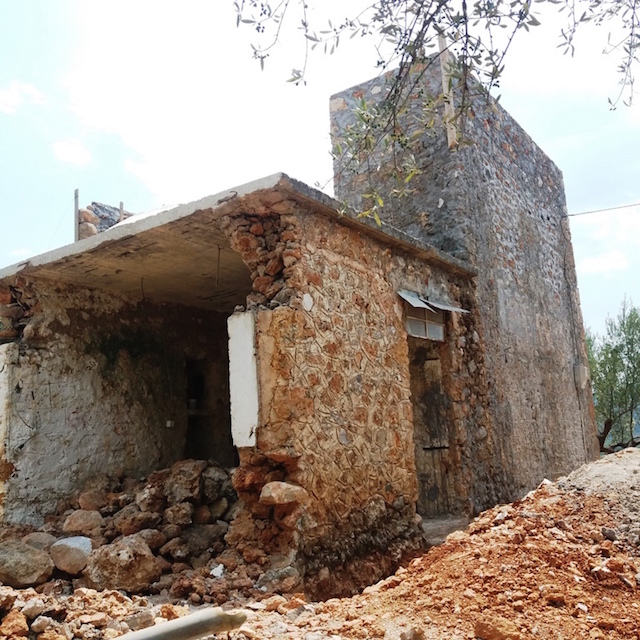 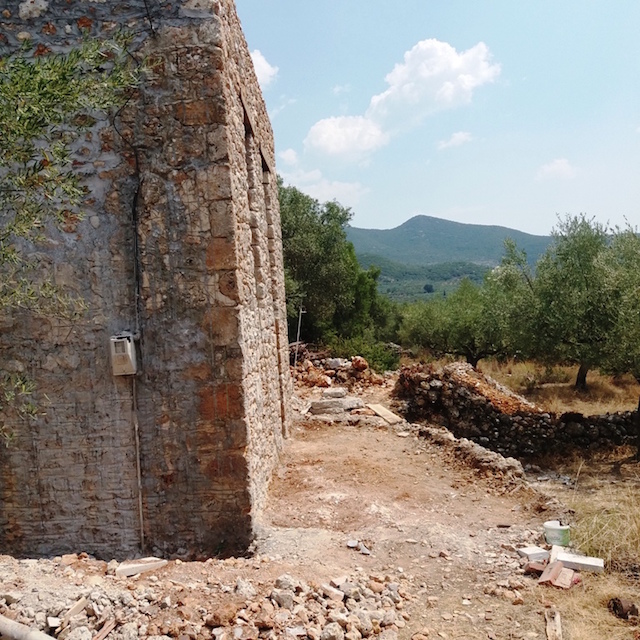 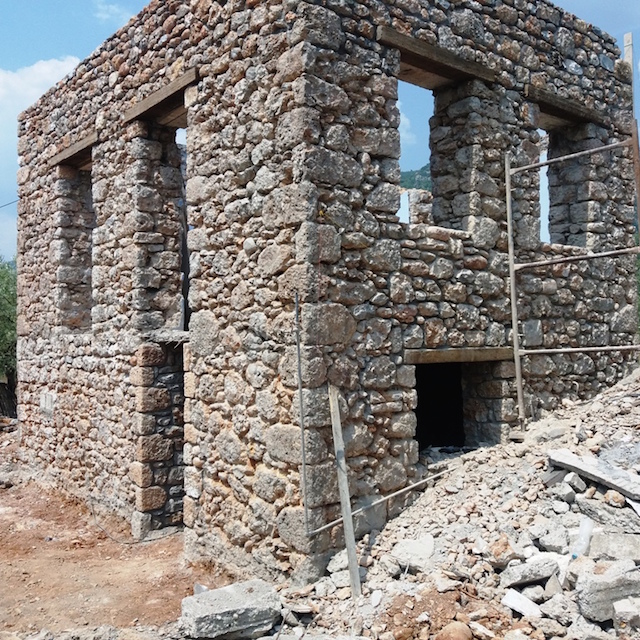 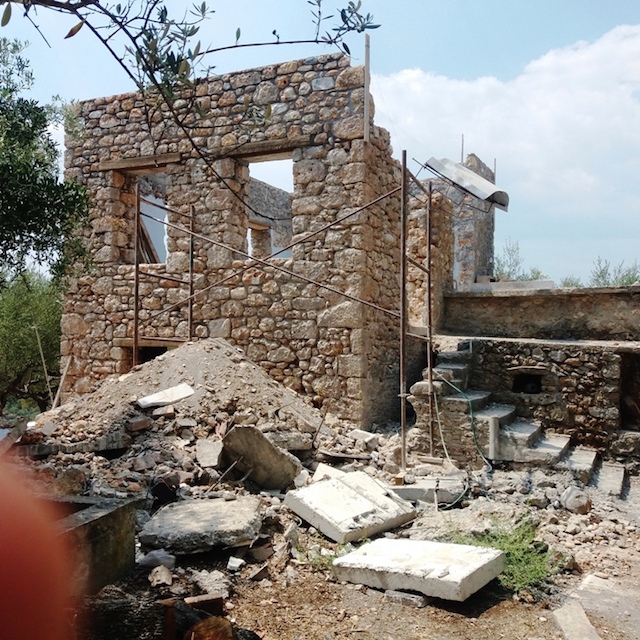 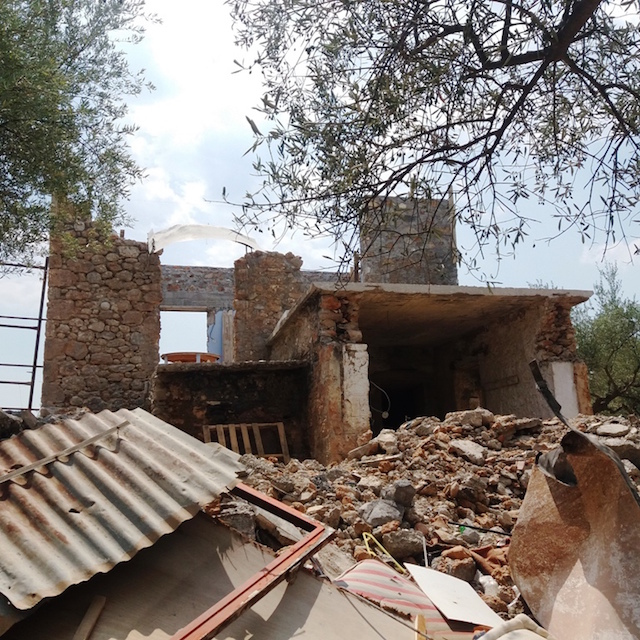