The headline from the Guardian, below, says it all. Former chancellor Nigel Lawson's Thought Crime is not believing in mad made global warming. The BBC had the timerity to allow him on one of its numerous features on climate change in the interests of balance. Its sister paper says it should erase Lawson from history and show no balance at all when covering climate change.

The liberal left argues that man made carbon emissions is causing global warming or, as it is known when it is wet or cold, climate change. It argues this is fact. It cannot be a fact since facts, derived from the latin factum, are things that have happened. Thde suggestion that if we belch out more carbon the world gets hotter is a thesis not a fact.

The Guardian argues that the case is 100% proven so there is no need for balance. But back in 1973 scientists were universally agreed that the world faced a new ice age. Fifteen years ago scientists argued that we needed to subsidise diesel to save the planet. On both we have seen complete volte faces.

Twenty or thirty years ago the benefits of multiculturalism were just unarguable for most of the left. Anywone who questioned this was denounced as a racist and debate was shut down. Now even the racist-finder General himself Trevor Phillips admits he was wrong.

It is becuase the experts can, and often do, get it horribly wrong that debate is vital. But across the media, and on campuses across the West there is an othodoxy and challenging that is just not allowed. We are on the right may disagree with almost every opinon carried in the Guardian but we would fight for the right of Owen Jones, Polly Toynbee, George Monbiot and all the other crazies to speak out. The left, on the other hand, sees the crushing of dissent as a positive virtue. 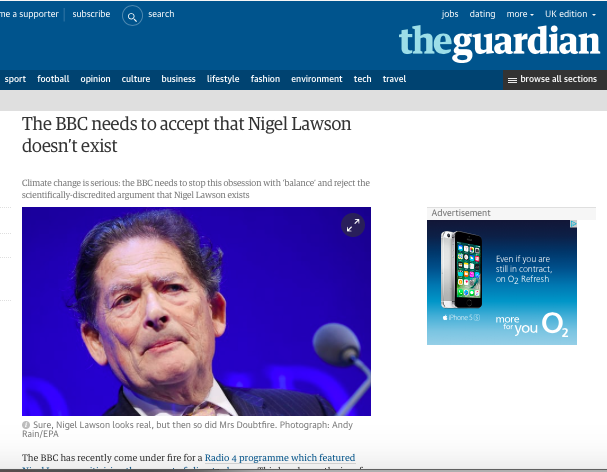