I have written many times about my Great Uncle David Cochrane who, in 1931, died falling down the mountain now named after him, opposite Delphi in Greece. He was at the time a student at Trinity College Oxford. As my father seeks to de-clutter his house a few paintings have been offered to his children and step children and feeling a stronger Cochrane link than most I took these two below.

The first is of David from his days at Oxford. My first cousin once removed Henry, whose mother was a Cochrane, reckons that both he and I shared a Cochrane nose and other facial features with David. I have never seen that myself but cannot help but think how handsome David looks in a picture done by another distant relative. And within a year he had fallen thousands of feet to his death. How sad. 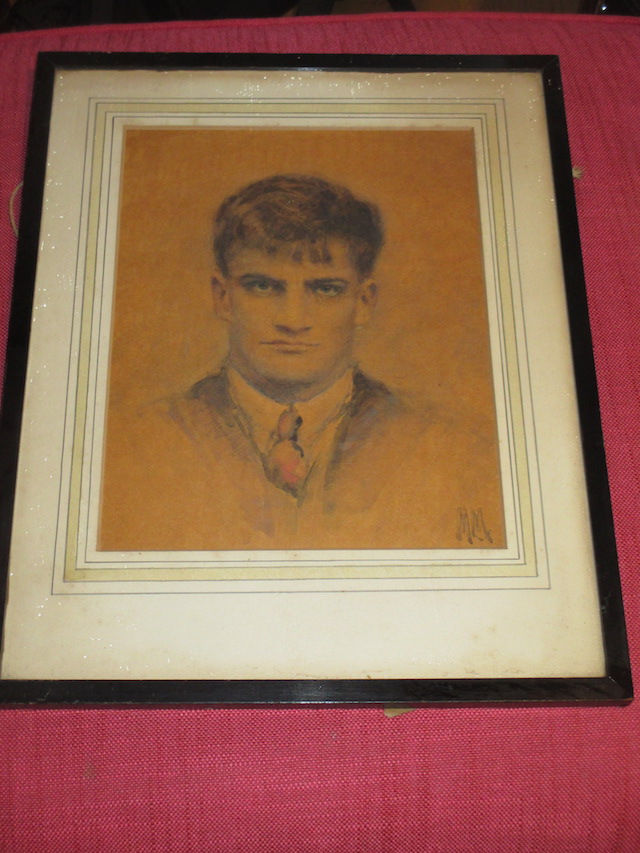 The second picture is a rather sentimental offering. The Cochrane's hailed originally from Co Donegal. At the time of David's death one branch of the family had repurchased the family home - residences of the old Protestant squirearchy in the new Free State were, for obvious reasons, going cheap at that time. But I am sure that David himself never visited Ireland. The picture is of Mount Muckish, one of the Seven Sisters chain. On the back it says that it is painted from the settlement at Glock. I guess the painting is from the late 1890s but can find no reference today to Glock. Perhaps a reader with local knowledge might enlighten me.

The Mrs thinks these two paintings and two others are to be hung in the garage, that is to say stored. I fight for David to stay the house if not for Muckish. But when the Greek Hovel becomes a mansion both will hang with pride there, a little bit of Ireland in the Mani. 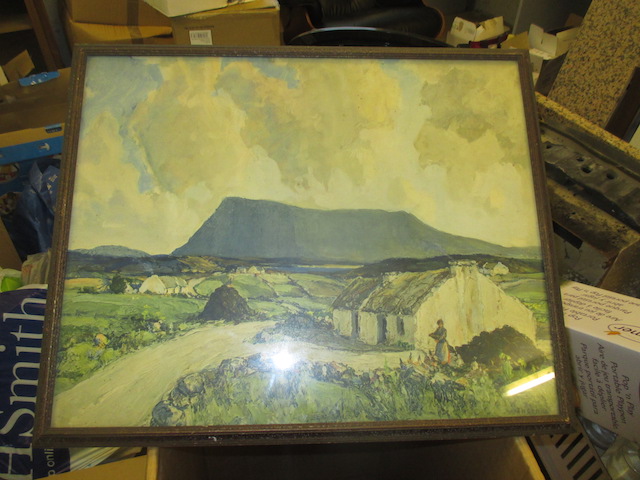