Photo article: All change in Kambos, farewell ouzerie, au revoir accursed creperie or is it goodbye?

As I wandered into the little square in Kambos which has Miranda's at the top, looking up at Zarnata castle, and the Kourounis taverna on one side, something looked very wrong.

The plastic chairs laid out by the accursed new creperie last summer had gone and it looked very closed. Hooray. Lovely Eleni at the Kourounis taverna says that it is "closed for winter" but then smiled. And perhaps for summer too I suggested. And she smiled again. Pissing off the locals, having no customers what could possibly go wrong with such a business model? 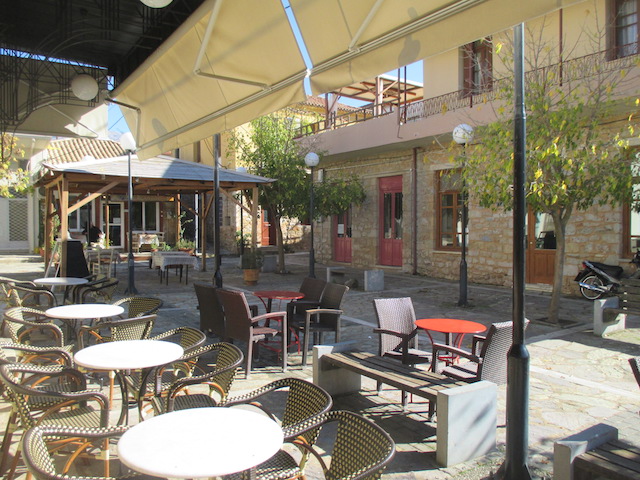 But there was something else missing. The hardware and garden store where i buy snake repelling (sometimes) sulphur and get my strimmer mended had also disappeared. It used to occupy the building next to the creperie but sprawled out into a side square as well. But no longer, as you can see below. 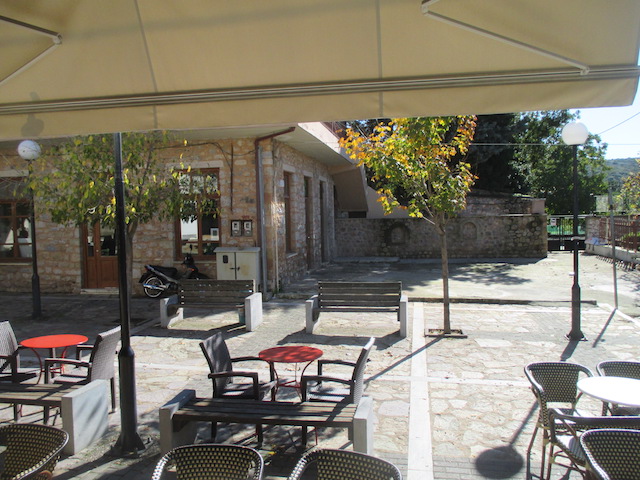 The good news is that it has merely relocated to the old man's ouzerie opposite the Kourounis taverna on the main street. I popped in to see my friend Vangelis who runs the store and we discussed the olive harvest disaster and then why he had moved. He reckons it will be easier for his customers to park and so is a good move. 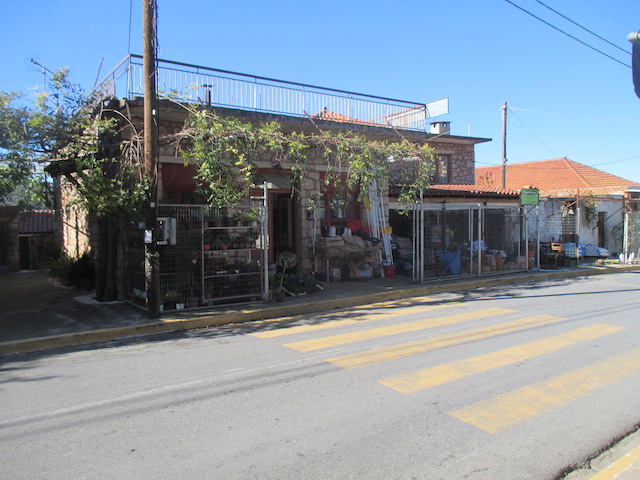 Eleni thinks it is a good move too. There are just four tables inside Miranda's and the temperature here as it gets dark is already heading to close to zero. Do not believe what the weather forecasts tell you about Greece being hot. Sure those clear blue skies mean that it is 17 degrees as I write now, at midday. I can sit outside at the Kourounis in just a shirt. But those same clear skies see the temperatures plunge as it gets dark.

And that means that if the 537 residents of Kambos want a drink in the evening, one the 15 seats in Miranda's are gone, they now appear to have a choice of...the Kourounis taverna. Eleni may have seen her olives wiped by the disaster but I sense she has a decent winter ahead.

I rarely used the ouzerie where the the clientele made the House of Lords seem like a bunch of young whippersnappers but now and again I popped in so I regret its passing. That regret is not shared by team Kourounis taverna. But we can, at least, agree in delighting at the closure of the Greco-French creperie. Here's hoping that it is goodbye not au revoir.