I cannot say that I expected dramatic progress in the rebuilding of the Greek Hovel. And my expectations were matched. No. They were exceeded. Eventually I extracted from George the architect the admission that the builders had enjoyed a long break as they awaited permits and then as the weather turned against them In fact they had only restarted work again 24 hours before my arrival. But now they are hard at it.

As you can see there are now giant piles of earth as they have dug out the excavations for the expansion of the hovel. Its floorspace is set to more than double by the time we have finished. And thus there has been limited progress on what was the old hovel: the bat room, the rat room (now demolished) and the small living space on the second floor. 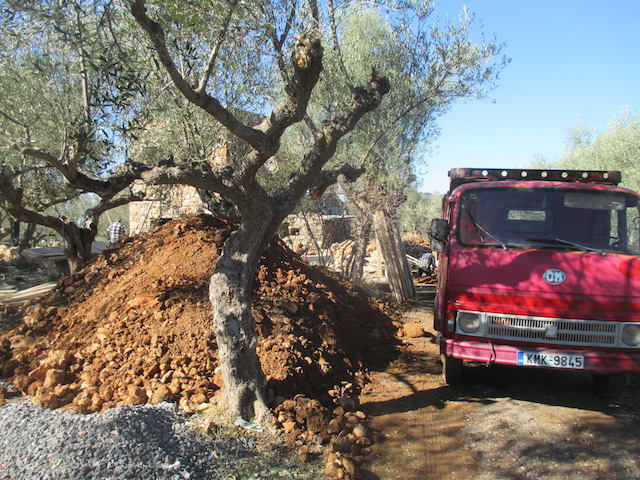 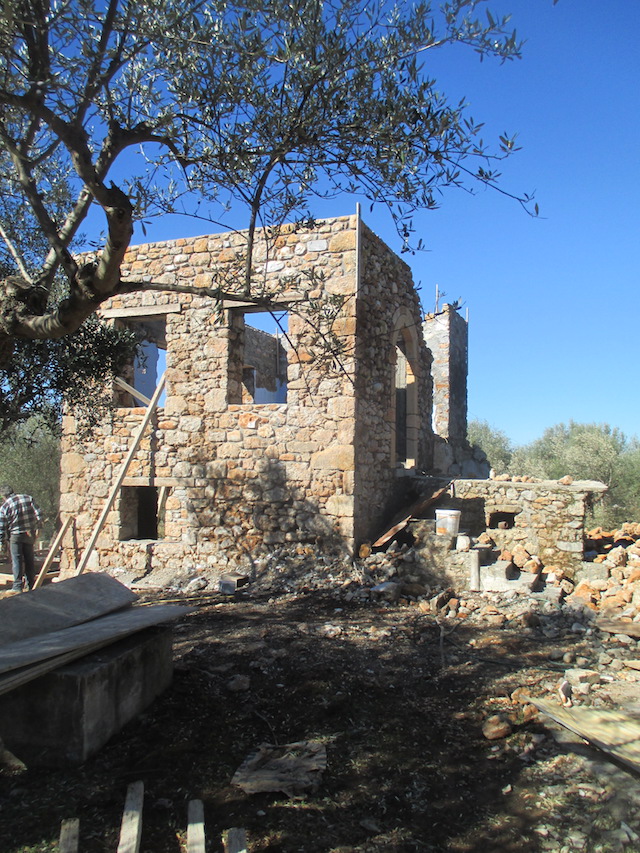 The big excavation is for the new wing which will on its own have the same floor space (over two floors) as all the existing rooms. The other additions will be a lengthening of the rat room and the building of a new room above it which will link without a wall into the extension making it just an additional part of that room, and via a door to the old living area which will become the kitchen. 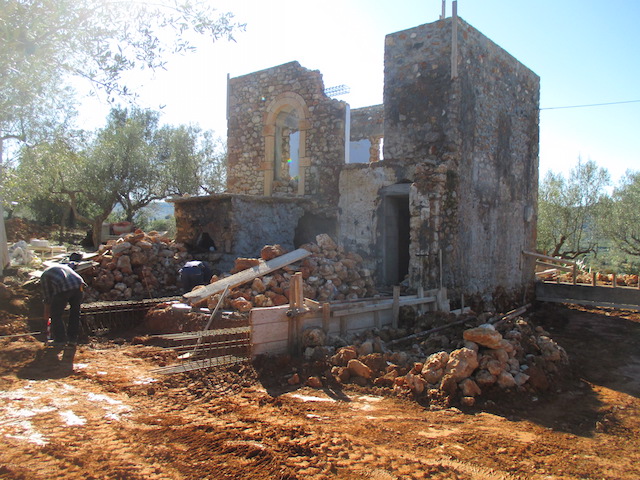 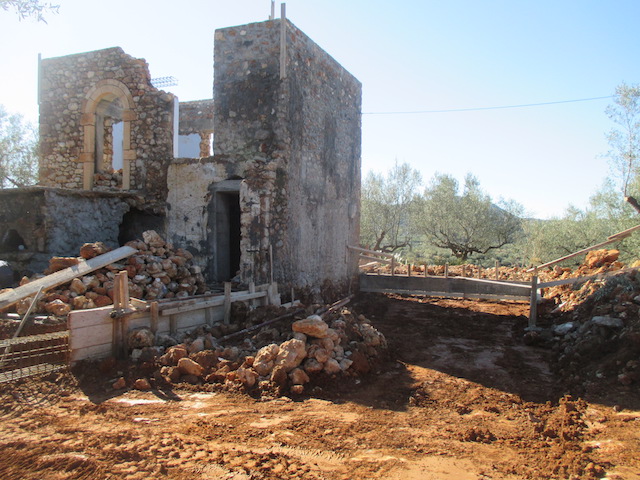 Finally there are foundations being laid outside the bat room as you look out towards the monastery. That is partly to reinforce the external wall there so that it can withstand earthquakes and partly as a base for a wooden platform to sit outside the kitchen which will become an external dining area. 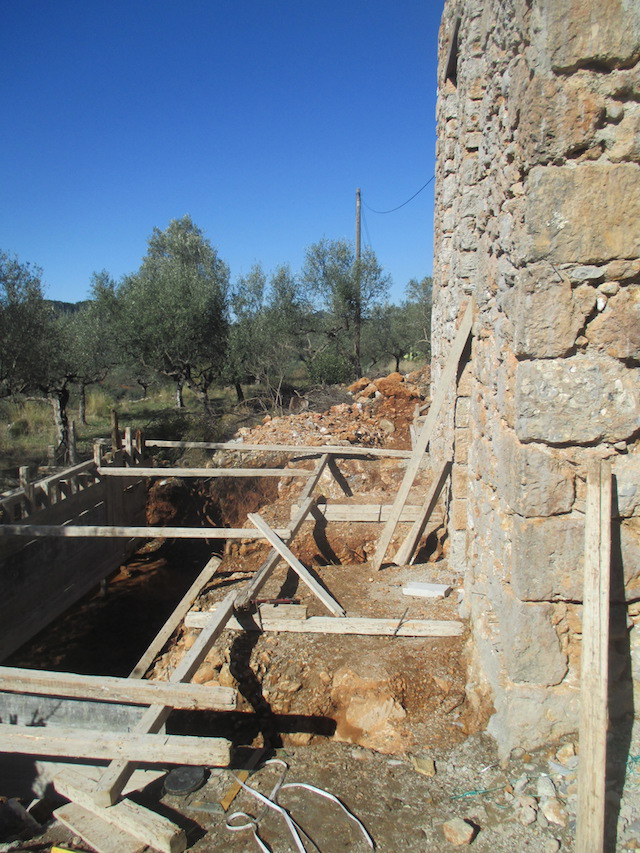 It all seems a long way off right now. We had been hoping for a June 2018 completion. George now concedes that will not happen although the bat room should be habitable by Easter. Overall completion? This time next year? 2019? Who knows. In Greece "avrio" is, as ever, the default timetable.