George the Architect has been in touch with an update on progress at the Greek Hovel and, as you can below, see there really has been progress. The rat room extension walls are underway and the new wing of the house which will double the floor space is now also starting to take shape. George says the door to the bat room is on its way and it will be habitable within two weeks. The rest of the hovel is still on track to be finished by September, after just 51 months!

The skies over the Hovel and Kambos look dark in these photos but I see that today it is 17 degrees and sunny in Kambos and tomorrow it hits 19 degrees. Later in the week there will be rain and it will dip to 14 degrees but still why on earth am I sitting here in Bristol at my laptop when I could be pruning olive trees in the Mani? 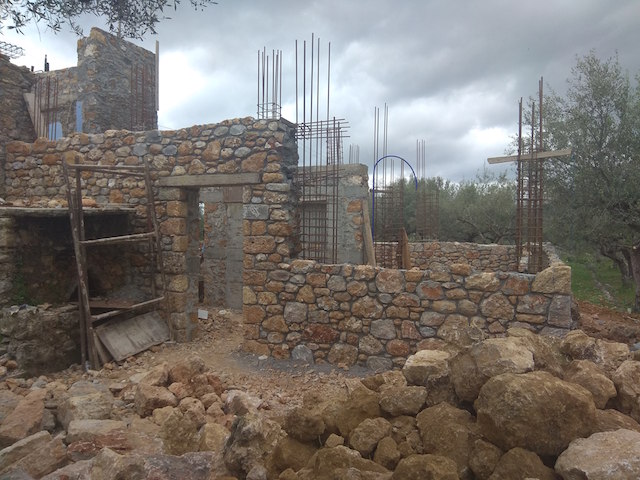 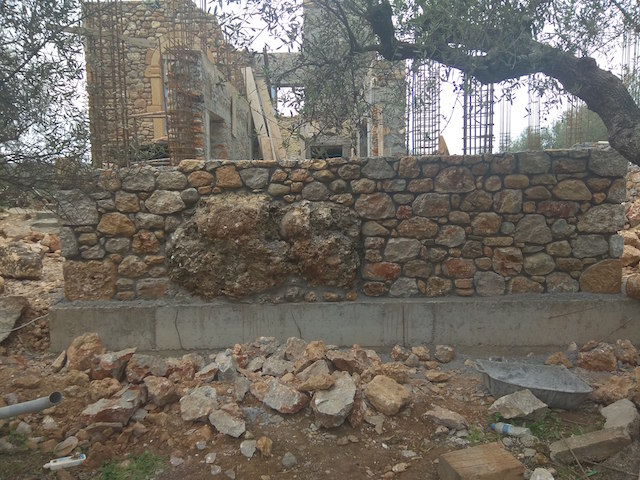 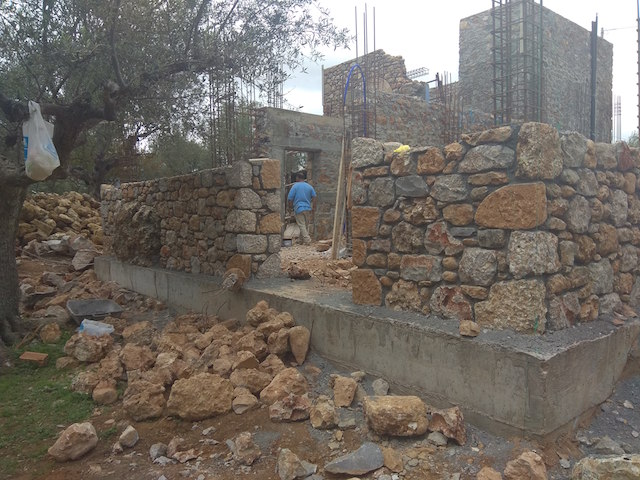 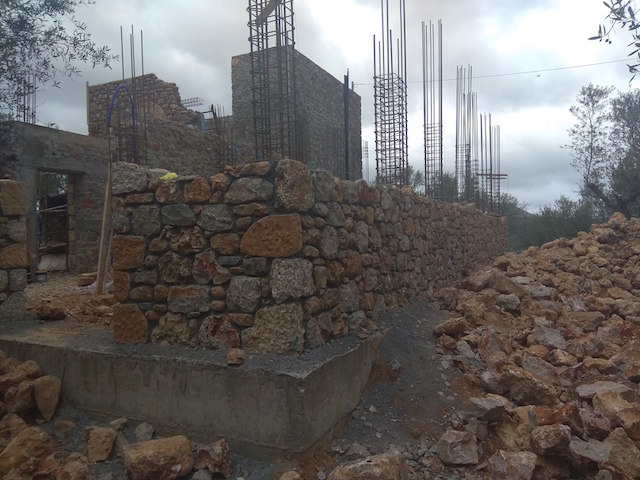 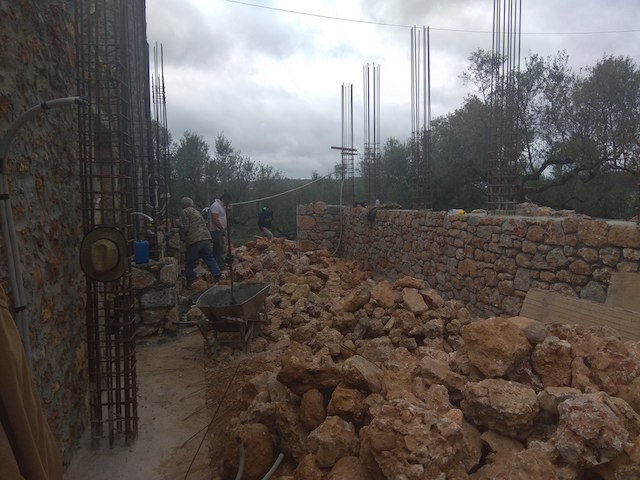 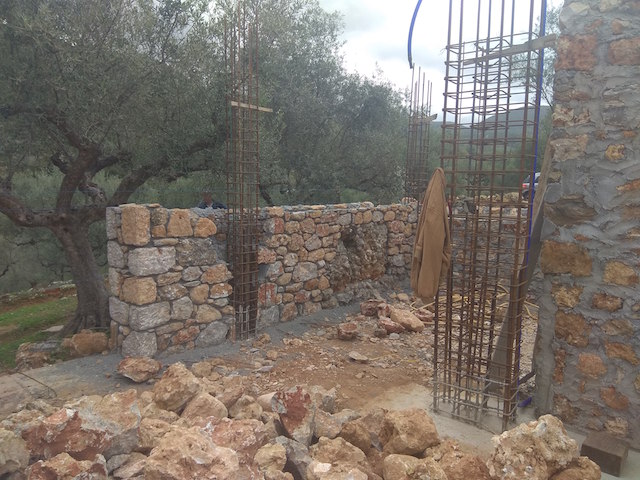 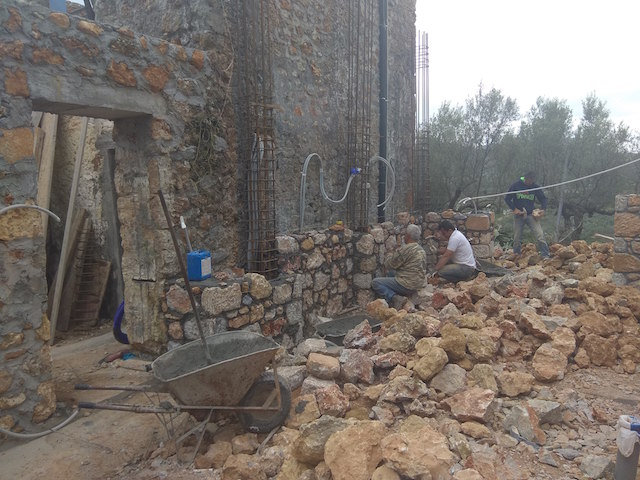