Photo: the people of Douma celebrate liberation - can useless Mrs May explain this away?

The narrative of the Western mainstream press and of political leaders like useless PM Theresa May and, sadly these days, Donald Trump is that when an area in Syria is under control of opposition forces, it is being besieged, by evil President Assad.  The truth is that such areas are being liberated from Islamofascist jihadis affiliated to Al Qaeda and when Assad takes control the folks celebrate as they are in Douma today as you can see below.

The Islamofascists previously running Douma executed gays and were committed to killing not only Christians and homosexuals but also Shia Muslims. They were very nasty indeed. They created a human shield of captured Alawites, folks from President Assad's clan.Folks who were accused of spying, even kids, were beheaded. Women had no rights.

It was the same in Eastern Aleppo where the now liberated district sees Christians using their cathedral once again, women able to walk around freely dressing as they wish and no beheadings. And it is the same across vast swathes of Syria where the people are now freed from the Islamofascists and are delighted to be so. No wonder the folks below are celebrating in Douma today.

But hang on: why are they welcoming in the troops of Assad? Has the West not proved that Assad was gassing them only a few days ago even though victory was just days away? No it has not and the smiles on faces of the people below cast even more doubt on the case for bombing which, as explained here, was already a very poor one indeed. 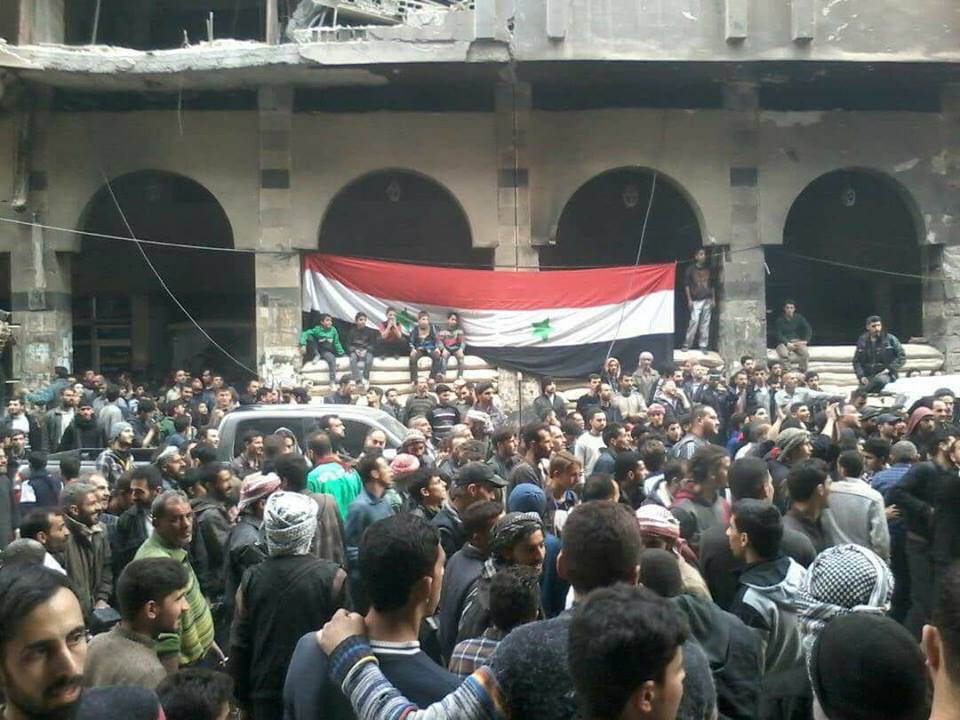