I have grossly underestimated the number of olive trees that sit on the land at the Greek Hovel. Yesterday and today I upped my quota to thirty so I have now pruned 160 which is what I thought we had. I was very wrong. But i now enter what I deem the land of the snake.

The top level of the land is almost done. I have pruned almost down to the far end. That is an area which was once a frigana forest. I was blissfully unaware of what lay beyond our land so thick was the accursed thorn bush. Thanks to months of hard sweat and labour in summers gone by it is now all gone and that has unearthed new olive trees which we can now harvest.

In one or two cases the remnants of the taller frigana trees, piles of logs surround an olive tree as you can see in the bottom photo. We Gruffalo readers know what lives in the tree log house and I prune such trees extremely carefully approaching with loud footsteps and trading carefully.

On the flanks of the top land are the terraces and as you head down to the lower terraces the grass gets longer and longer as you can see below. In years gone by I have seen shapes swishing through that grass which can only be one thing. I have done some work on the terraces but more remains - I reckon ten or fifteen trees on the monastery side and thirty or more on the mountain side.

Finally there are is the rocky area on the left of the track as one approaches the hovel. It too was once a frigana forest. I was over this that I clambered with lovely Susan Shimmin of the Real Mani when I first visited the house with the Mrs and it was absolutely crawling with snakes. But again, I have cleared the frigana, it is a bit less snake friendly but I have had encounters there before. I probably holds another 20 or so trees.

The bottom line is that the total is well over 200, I must up my work rate to forty tomorrow but I enter the badlands as I do so.

Yesterday my toils were interrupted by a rather portly young man who wanted me to move my car so he could deliver cement. As he strolled over to see me and explain he said in broken English "you know there are snakes here?" What is the Greek for "Do you know bears shit in the woods?" 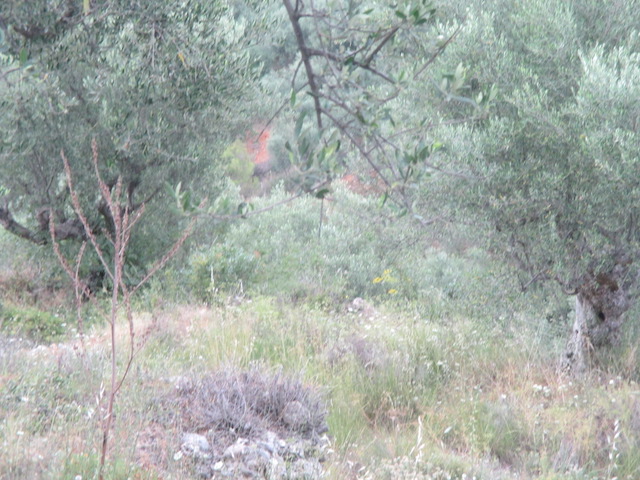 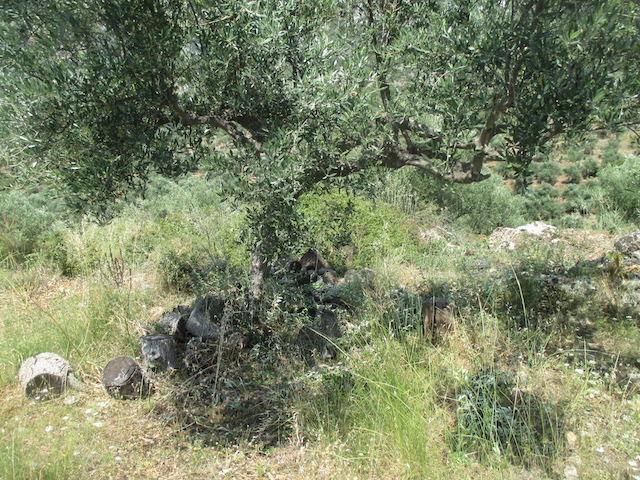