The Hollywood liberal multi-millionaires havn’t given a standing ovation like the one De Niro got at the Tony’s last night, since the last time they feted the child rapist Roman Polanski on a big stage. Maybe Harvey Weinstein got close as they lauded his contribution to the arts, while all knowing what a monster he was, but that is showbiz for you.

President Trump himself is in Singapore trying to bring peace to Korea after 70 years and to make the world a better and safer place by de-nuclearising the Korean Peninsular. That, standing up for American jobs by retaliating to Chinese dumping and subsidies and EU tariffs with a few of his own, is one reason why his own-party approval ratings (88%) are higher than any almost any other President heading towards the mid-terms. And his overall ratings are moving steadily higher and higher which at this point of the cycle is really very good indeed.

Being insulted by the clownish worm Trudeau, Macron dans le placard or the second German leader in 75 years who wants a Europe they dominate to take over world leadership; only makes Donald Trump more popular than ever among those Americans who don’t jet between the coasts on the private jets while demanding we all act to stop global warming.

But Hollywood hates Trump. Heck: make the world safer all you want, stand up for ordinary working class Americans all you want, the luvvie millionaires like De Niro still say “fuck Trump” and think we all care what they say. Robert, Meryl, Brad et al you carry on praising paedophile rapists, folks who insult the flag and urging folks to vote against ghastly Mr Trump… It played just so incredibly well on main street America back in 2016, please do it again at the mid terms and in 2020.

Honestly, ordinary American really do care what you all think…please do preach some more

PS Here is a photo of Bob a couple of years ago with a good buddy of his chatting about how they hate Republicans for being sexist and out of touch millionaires, etc. 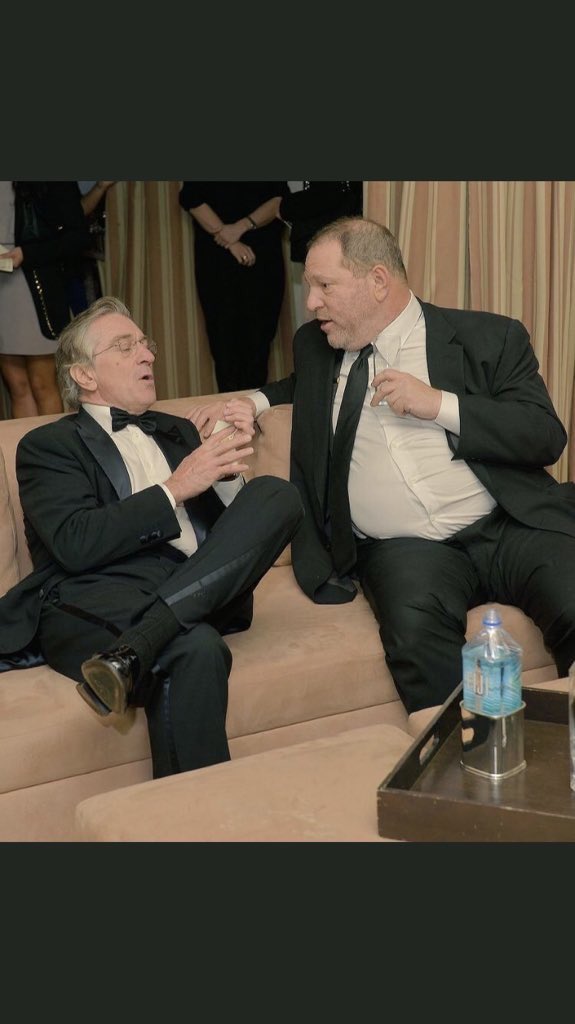