Photo article from inside the Greek Hovel - now do you get the views?

Progress on the hovel has been a bit slower than planned but we had an "all parties meeting" today and the riot act was read. We are, sort of on track. Ahead of the meeting I took a few photos from inside the new wing I have added onto the house. I hope they, perhaps for the first time, start to show what we have created and why we chose this spot.

Photo one shows the view from the mountain facing side of the house. Yes that is part of the Taygetos you can see on the upper level. On the lower level there is an olive tree outside and one looks through that to the terraces where its brothers and sisters live. The floor is part finished. It is my one surrender to modernity. On top of what has been laid will be polished white concrete, shiny and smooth. The rest of this room on both levels will be bare stonework. If you look through the upper window you can see some lighter stones which are a balcony which runs the whole length of that side from the end of the new wing to the end of the new room built above the rat room which links into the kitchen.

Photo two shows where the upper floor of the new wing meets the room above the rat room. There will be no dividing wall, they just flow together. Between the upper and lower floors there will be solid timber beams.

Photo three is the other end of the new wing showing the solid wall between it and the bat room on the lower level and the kitchen on the upper level and huge windows at the end which will look out towards the deserted convent on the other side of the valley.

Do you start to see the appeal? 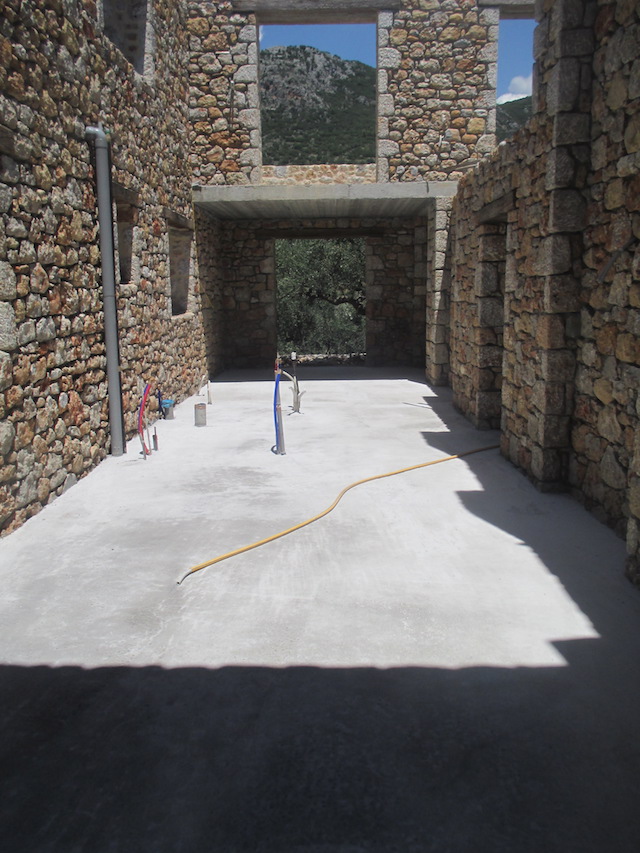 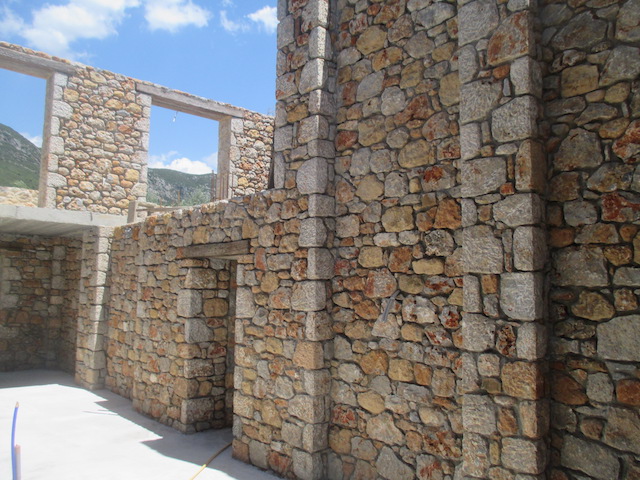 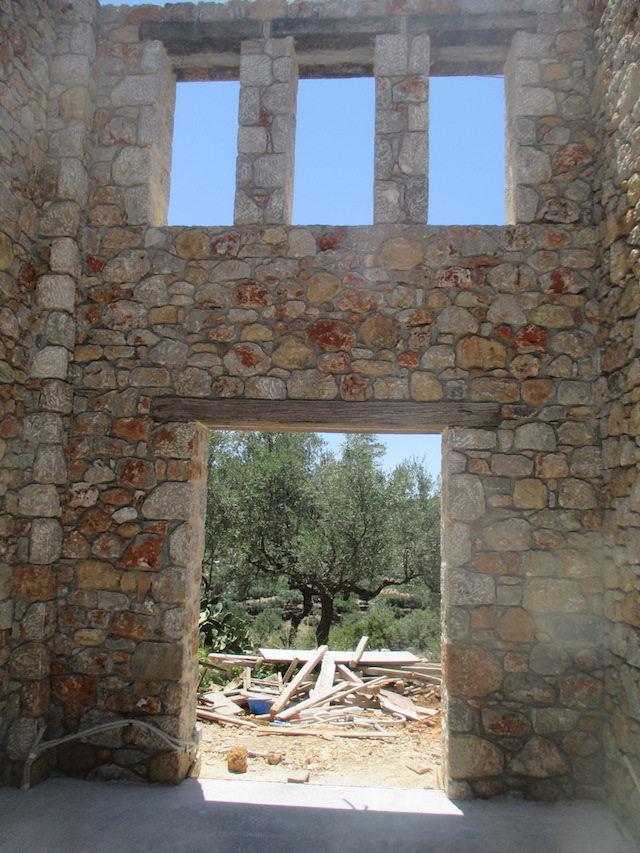