More Photos from the Greek Hovel - let's start in the kitchen

Six more photos have arrived of the work cracking on apace at the Greek Hovel, c/o George the Architect. The first three are of the kitchen, formerly the only habitable room - if you did not mind the rats - in the whole house. It used to have a flat concrete roof but now enjoys an arched wooden roof and the stone walls have been plastered.

Finally with Gregori the snake killer sitting in the foreground another scene of men hard at work. The stonework on the bread oven next to the stars has been repointed, the tiles are almost all on... we are getting there. 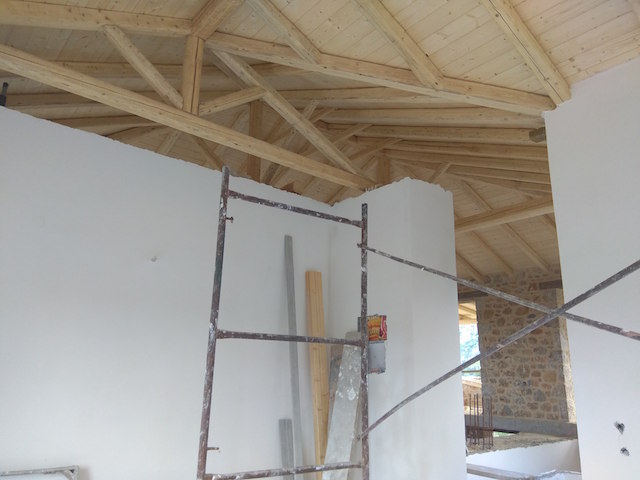 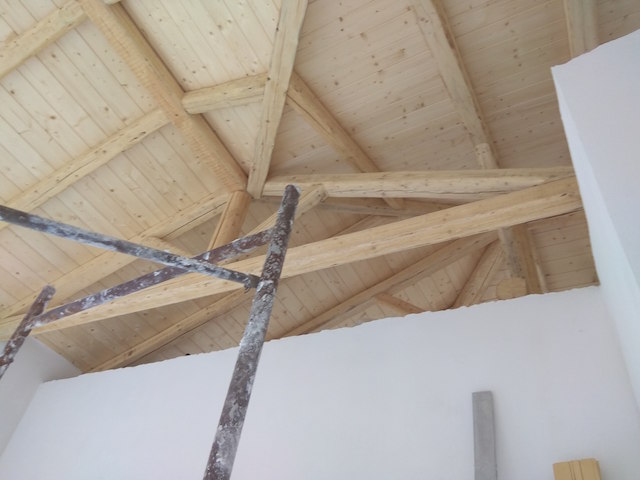 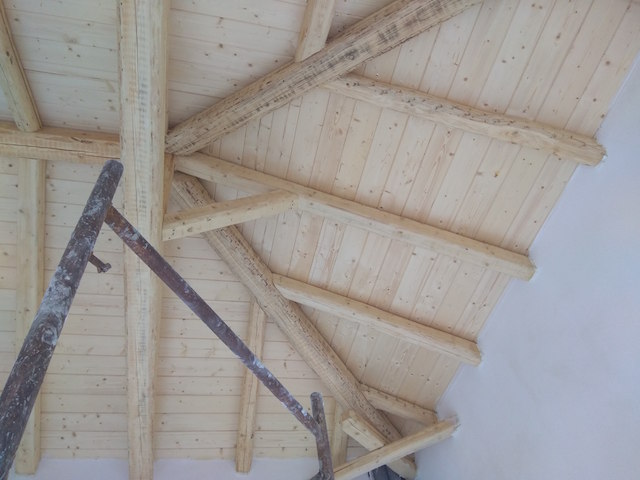 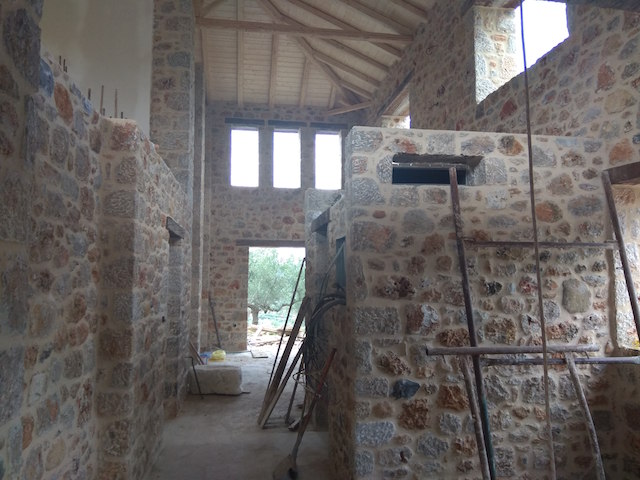 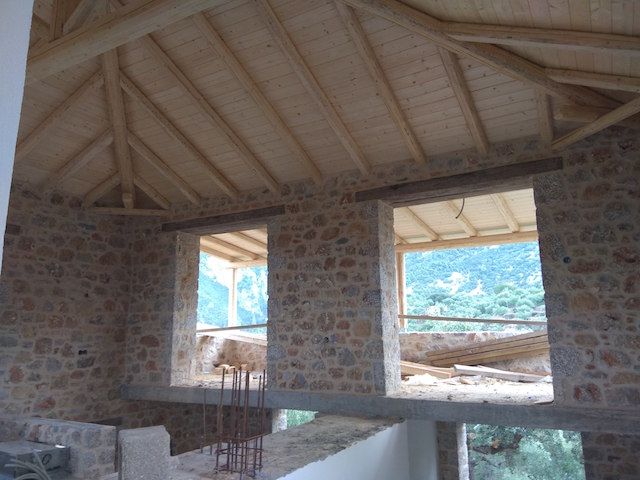 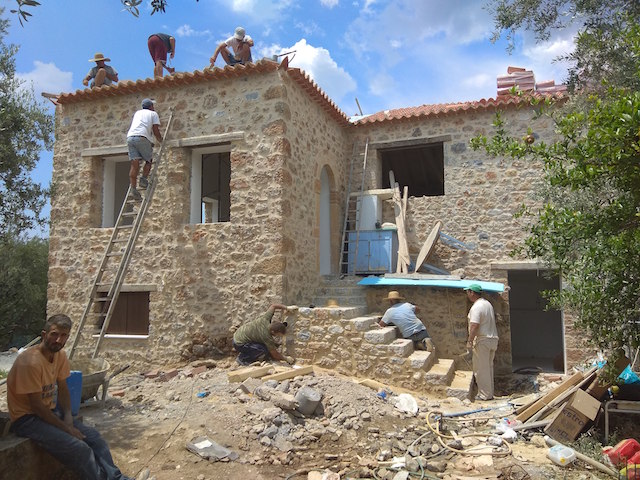