Photo article from the Greek Hovel - wildlife diversity edition: the Mrs and Olaf both screamed

Right now I am in a luxury hotel organised by the Mrs for daughter Olaf's last night in Greece and for me to recover in after a ten hour road trip to drop Miss W off at Athens airport."Baywatch" has a great view, a lovely pool, ouzo is on tap, the internet works allowing Joshua to sit like a moron watching Thomas the Tank Engine without interruption and the Mrs is lolling happily. And there is no wildlife diversity to report. Not so back at the Greek Hovel. Let us start with the scorpion.

It seems to have got into the house before the windows were installed but the noise of workmen roused it and led it to its death as it tried to crawl on a rapidly drying polished concrete surface. It got stuck and mist have died an unpleasant death. George the Architect whose foot also appears in the picture has only fessed up to this incident a few dates later having removed the corpse when it was found.

Of course I knew there were loads of scorpions up in the area around the Greek Hovel. A bite would not be fatal but would be painful until treated, especially for Joshua. However, in the five years that I have been up here I have not seen a single scorpion. Until now. I guess I shall be “seeing them” everywhere now as I already “see” snakes everywhere. It is not that there are snakes everywhere but as I see shapes dancing in the shadows or in the gleam of a car headlight my imagination races away.

Next up was what caused the Mrs and Olaf to scream. we were driving back late at night from Kambos to the hovel. we had just come down Monastery Hill, the steep slope thick with wood on one side and with the abandoned convent on the other and must have been doing 20 kilometres an hour. just as we reached the bottom out it shot from the field on my left, bursting through a fence, and cantering up the back track into Kambos... a wild boar.

The Mrs screamed as it rocketed across our headlights, not more than a yard or so from the car. Olaf screamed. Joshua was just burbling on about steep hill, Gordon's Hill and carried on burbling. I braked and then drive hurriedly on. I think I was rather brave for not screaming, my father says I was a chicken for not putting my foot to the floor and bagging a week's worth of supper. Yeah dad, like you would have done that? Really?

The boar was not fully grown but it was large enough. a fully grown boar charging at your car as opposed to across it, would cause real damage. I muttered about this was why I should be allowed a gun. Olaf made some elitist comment about Trump supporters and morons. Anyhow that was also the first boar I have seen although I am sure I heard one crashing through the undergrowth around the hovel three years ago but it was at night and I declined to investigate. 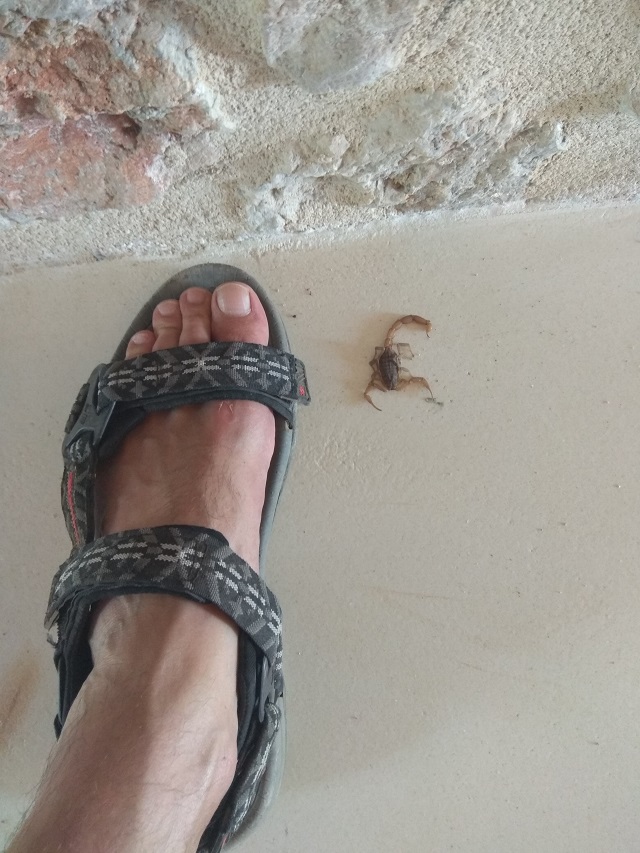