Photo Article: One final walk in the hills above the Greek Hovel with Joshua & new wildlife diversity

And so on the final afternoon at the Greek Hovel we invited over the elderly lefties from the village up in the mountains. They were rather scared of the track so I had to go fetch them from Kambos and drive them up.

Almost immediately on arriving they stared into the sky and started shouting "Chrissy, there is Chrissy". I stared up and saw a very large bird of prey.  I like the numerous birds of prey that circle the hills above the hovel as they eat snakes and rats. Good job. The more birds the better. But why Chrissy?  And the size: this bird was very large indeed, why was that?.

Chrissy was their nickname for a bird based on the Greek word Chrysos (gold). For this magnificent creature was a golden eagle. These birds have large territories so though they may all look the same the odds are this was indeed Chrissy. He or she was truly magnificent.

Later that day as the Mrs said that she had important work to do, preparing a lesson plan to fill the heads of impressionable young folk with left wing nonsense, Joshua and I went for a walk.

Or rather, as you can see below, I walked with my son and heir on my back and we headed up the hill behind the hovel towards the house of my neighbour Charon. It is a jolly steep climb and the track soon turns to grass. The view down to the hovel was a wonderful one as the sun started to set.

Walks with Joshua soon turn into nature lessons. And so we saw a large grasshopper sitting on a wire fence and, real excitement, the skin shed by a snake. I tried to explain that to Joshua but I am not sure he got it, saying "goodbye snake" as we wandered onwards and upwards. 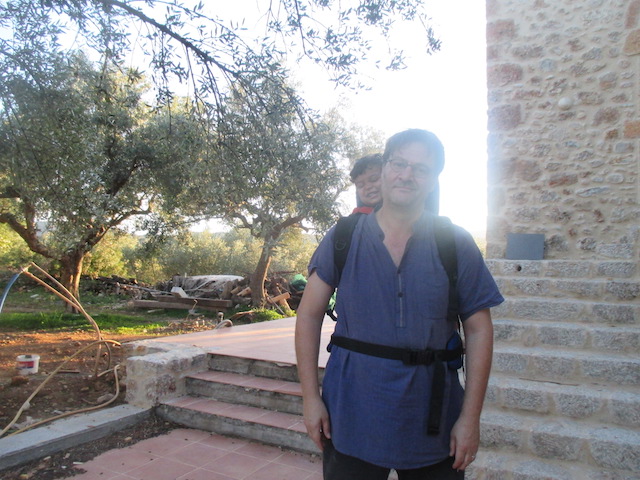 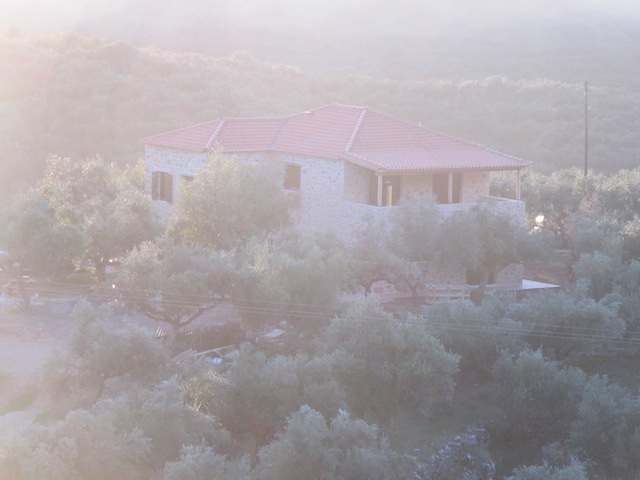 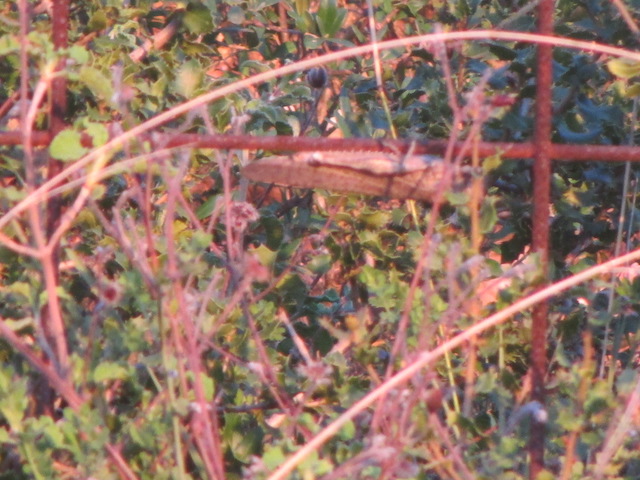 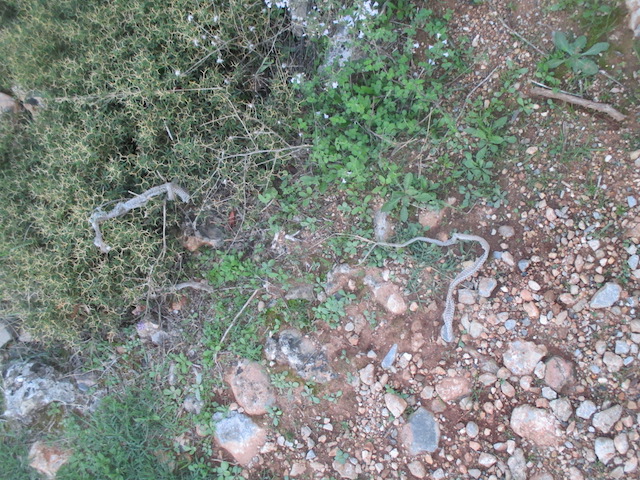