Photo Report: Day 2 of the olive harvest at the Greek Hovel

And so to day two of the olive harvest. We merry band of three all have our jobs. As you can see below, Shareprophets reader Bernard really is wearing shorts and a T shirt as, during the day it is hot enough to do so. He trained as an engineer and so, naturally, he is the twerker specialist.

Andrew Bell went to Eton and denies that he thrashed little boys when a prefect. But he has a great technique for thrashing the branches we cut down. I have my suspicions. What I need is Boris Johnson, David Cameron and Jacob Rees Mogg to come out and I would have a complete team of Eton thrashers.

Me, well I only went to a minor public school so I do a bit of thrashing but have no great technique. I  am allowed charge of the saw with which to cut down branches. Bernard was allowed iit briefly but Thrasher Bell and I turned around and saw that in just minutes he had cut one poor tree almost back to the bone. And so he is no longer allowed the saw.

At the end of day two we were up to seven 50 kg sacks. Yes we are getting faster but it took us until six to finish work by when it was almost completely dark and we could barely see a thing. It was also bitterly cold. And then came the hammer blow, "thrasher" Bell has to return to England and so after a night of three jugs of wine in Kambos I set my alarm for 5.30 AM to take him to the bus. And then we were two.. 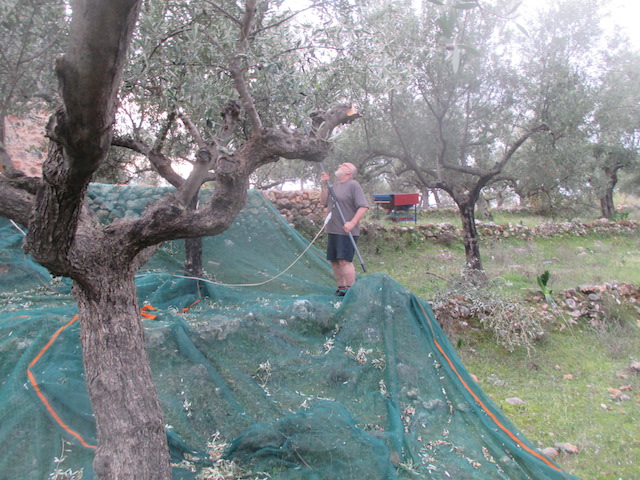 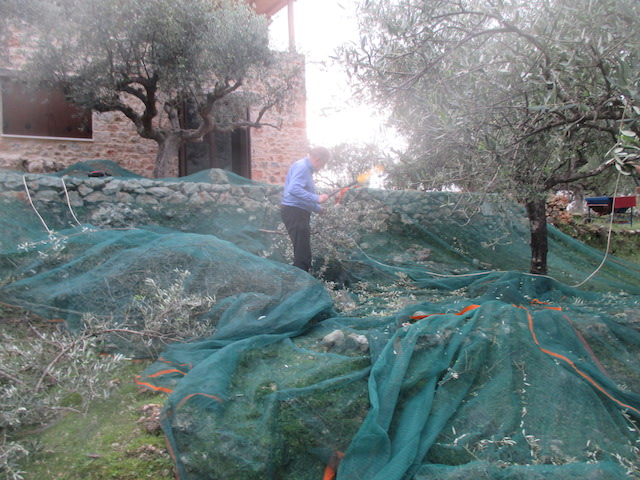 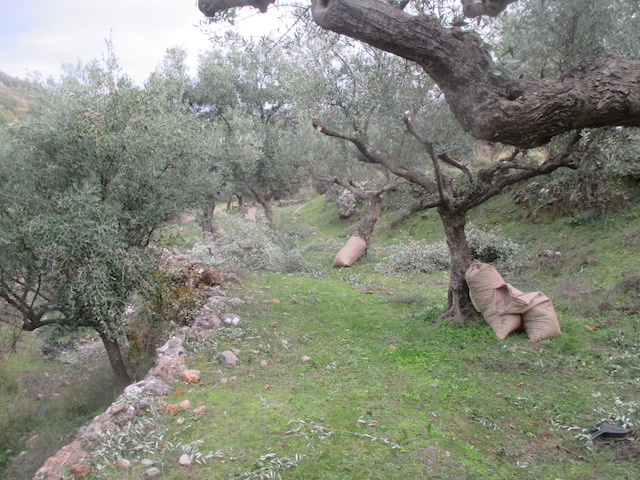