I really worry that kids are forking out £9,000 a year by virtue signalling fools on the left wing madrassas that pretend to be British universities in 2018. Today's horror show comes from Professor Tanja Bueltman a history professor at Northumbria University.

Her point is that the English langauge used by Eurosceptic MP Owen Paterson only emerged as a result of the "free movement of peoples" into this blessed isle, something that may be curtailed if we leave the EU.  Well up to a point Tanja. Winnifriths and other Anglo Saxons arrived here, butchered and ethnically cleansed Celts and then settled. Then my mother's family, the Bookers and other Normans arrived and butchered Anglo Saxons. In between, the Vikings and Romans arrived, donated words to the English language, but only after a good spot of murder, rape, pillage, enslavement and ethnic cleansing.

So English was born and to think that the invading hords managed to help create a langauge with their own version of "free movement" without an EU superstate. Amazing.

Tanja has signalled her virtue for today an d can now go back to teaching her snowflake students. God help them. 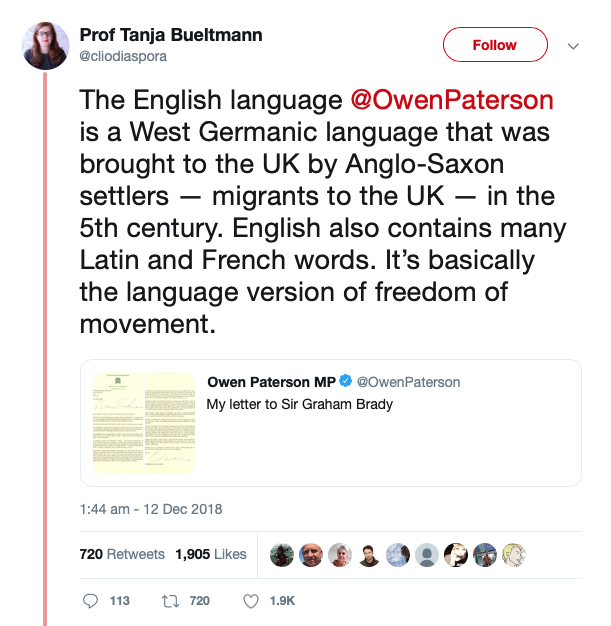 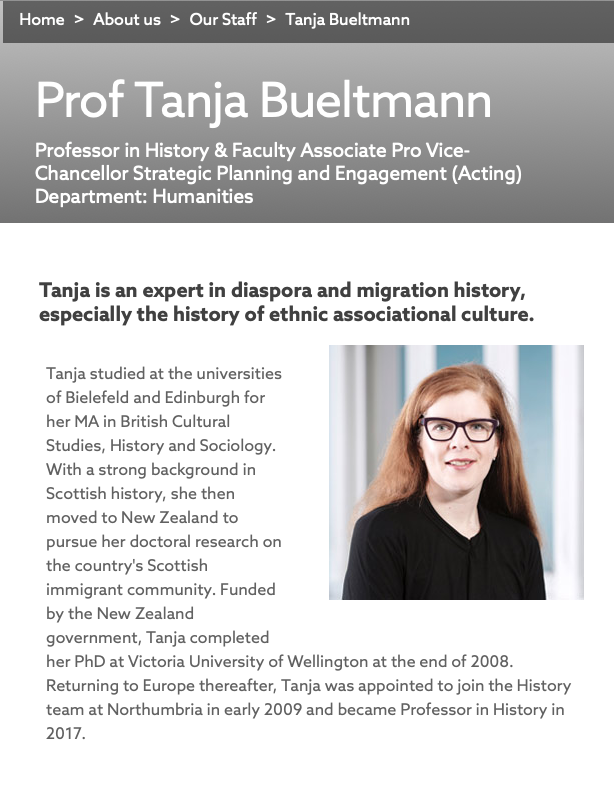