Since the sad demise of my once morbidly obese three legged cat Oakley late last summer, my two year old son Joshua has not stopped talking about his friend who used to sleep by his cot, keeping watch every night. Our old house in Bristol is “Oakley’s House” and while you and I know that the old boy lies at rest next to the body of Kitosh and across the yard from that of his long time companion Tara who is under the rhubarb, Joshua and his mother and I have agreed that the three legged one has “gone to the jungle” where he is happy. But there is a gap in all of our lives anmd so yesterday we told Joshua we had a treat.

We headed up to the RSPCA facility in Wallasey where we had identified two four year old rescue cats who looked just like “da King” and so when we arrived we told Joshua we were going to see Oakley’s cousins. The RSPCA don’t normally house cats with families with a child under four but Quincey (playing below) and Sian (keeping watch) are very friendly I told a white lie about how Joshua was almost three and by the time we filled in forms the lady had marked him down as actually being three. The staff saw Joshua and the Mrs playing with Oakley’s cousins and there was no doubt that we were well suited.

The Welsh hovel is pretty cold but compared to their cells at RSPCA Wallasey it is balmy and both cats have settled in well. For a week or so they must stay in two rooms then there will be another two weeks roaming the whole house before they are unleashed on the outside world. As I type Sian is nuzzling my keyboardwhile Quincey is rubbing against my leg. Oakley would be delighted to see how friendly his cousins are.

The only moment of sadness was saying goodbye to the other cats at the RSPCA. There were a couple of adorable young cats, one of whom looked just like Mrs Chav’s pussy, who had been there almost since birth last August. Sian and Quincey have passed through RSPCA Wallasey twice in their lives, poor things. If you can spare a home and live in the Grim North…. 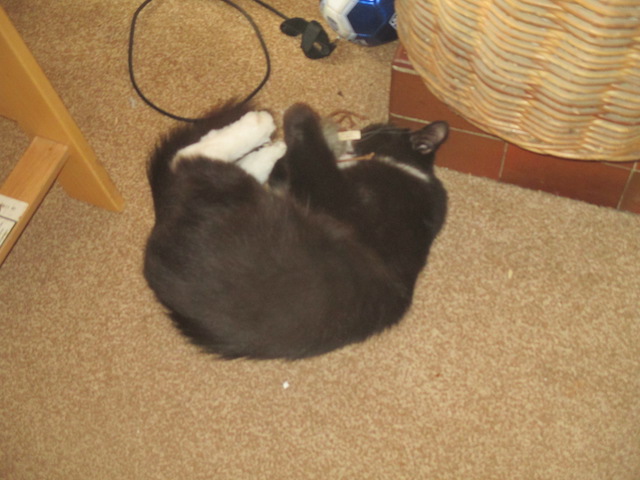 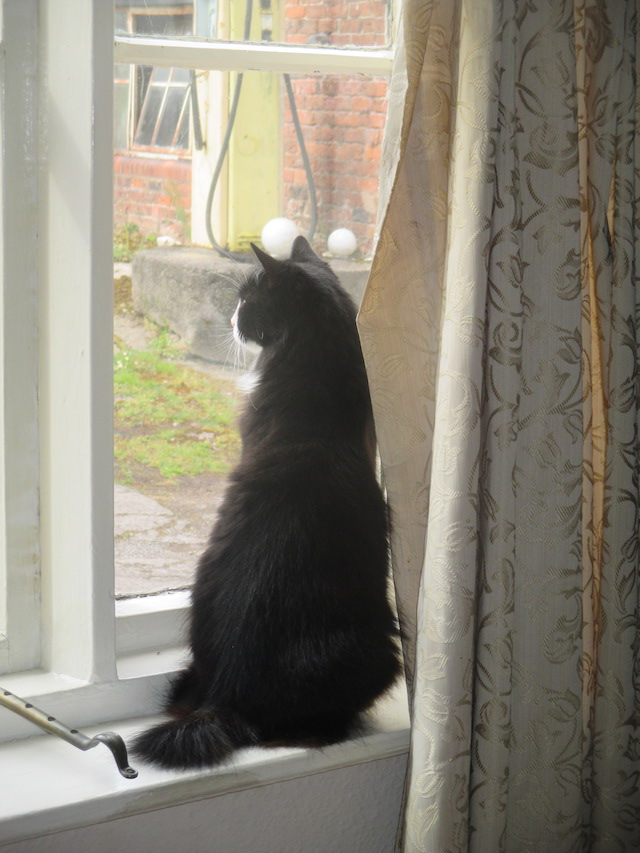