As @Titania McGrath has said so many times, for free speech to flourish it is vital that all those with the wrong opinions are no platformed and silenced. But twitter just showed, once again, that all capitalists are fascists by handing out a seven day ban to Titania herself. I have already started work on lighting a candle at the Welsh Hovel as I am sure that as such acts combat terror it will also serve to liberate Titania whose recent tweet about the late former President of Zim served to show how biased and out of touch the MSM and twitter is. Titania noted “I can’t help but think that all this criticism of Robert Mugabe is just another attempt to demonise people of colour.“ Twitter may have silenced the voice of woke for a week but the cries of freedom can never be silenced. A statement has been issued via that other voice of woke, Jarvis Dupont: 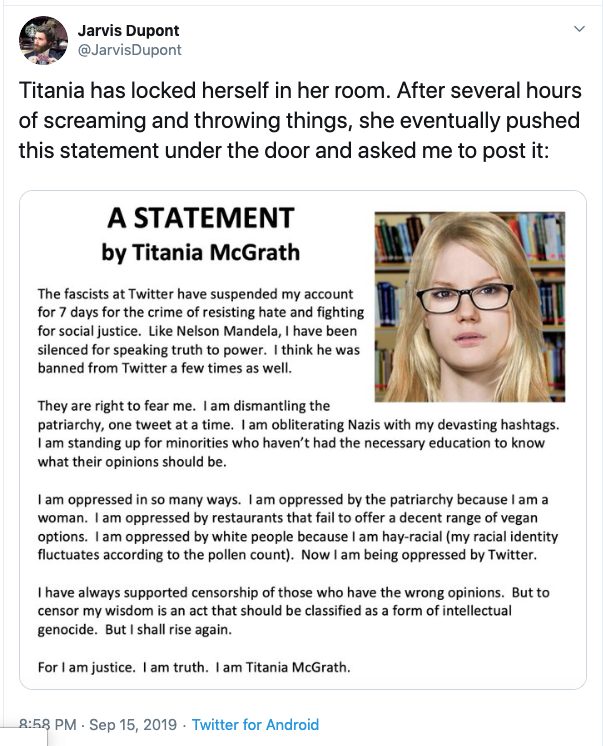