You saw the before shots from the dining room at the Welsh Hovel earlier. This is a room we can date to somewhere between 1649 and 1695. The start date is when the castle here in the village, about 300 yards away from the hovel, started to be dismantled and some of the stones here are, I am sure, from the castle. The end date is the year before the Window Tax. Who would build extra windows after 1696 only to brick them up?

Anyhow, you can now see a bread oven and the fire box beneath it and a sort of alcove which would have been next to the big fire which we shall start to un-brick tomorrow. The alcove has some very damp and very old wallpaper inside it. My guess is that it was bricked up sometime between the late nineteenth century and the early 20th century – it is about 4 foot deep heading to the external wall. The bread oven is round. I have stuck my head in and the brickwork is perfect. 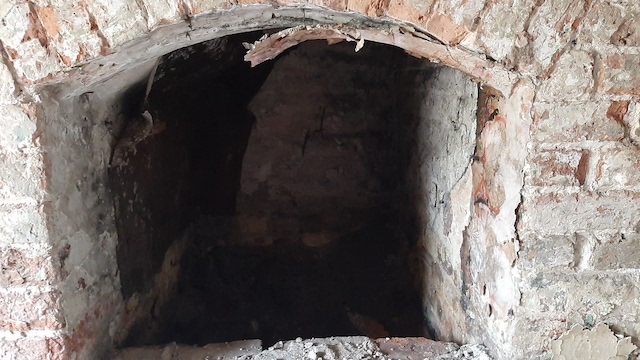 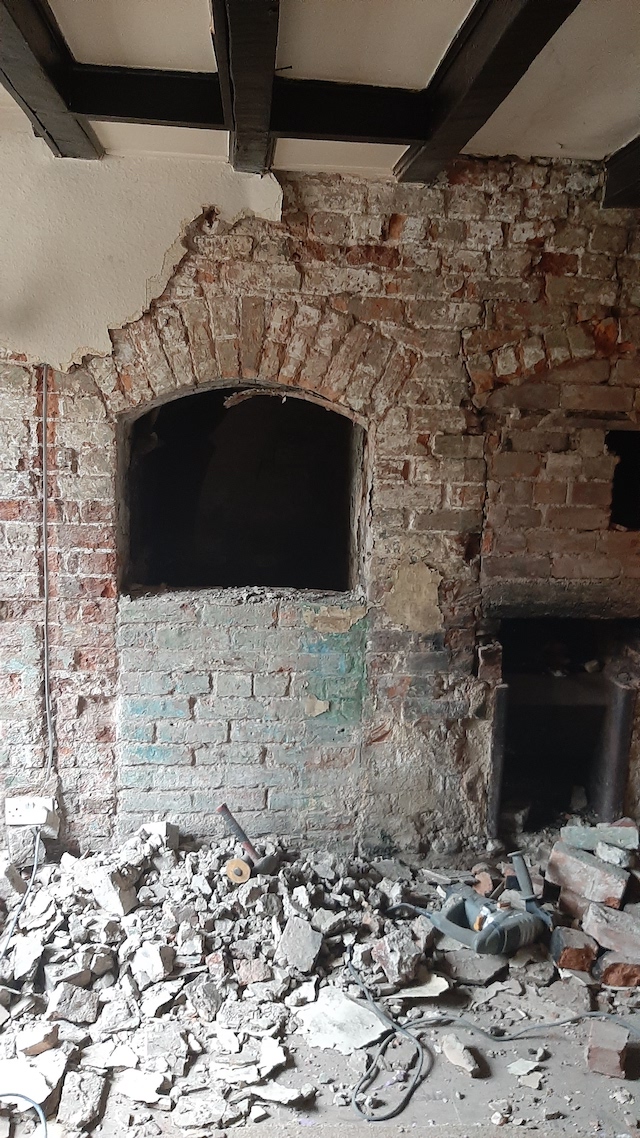 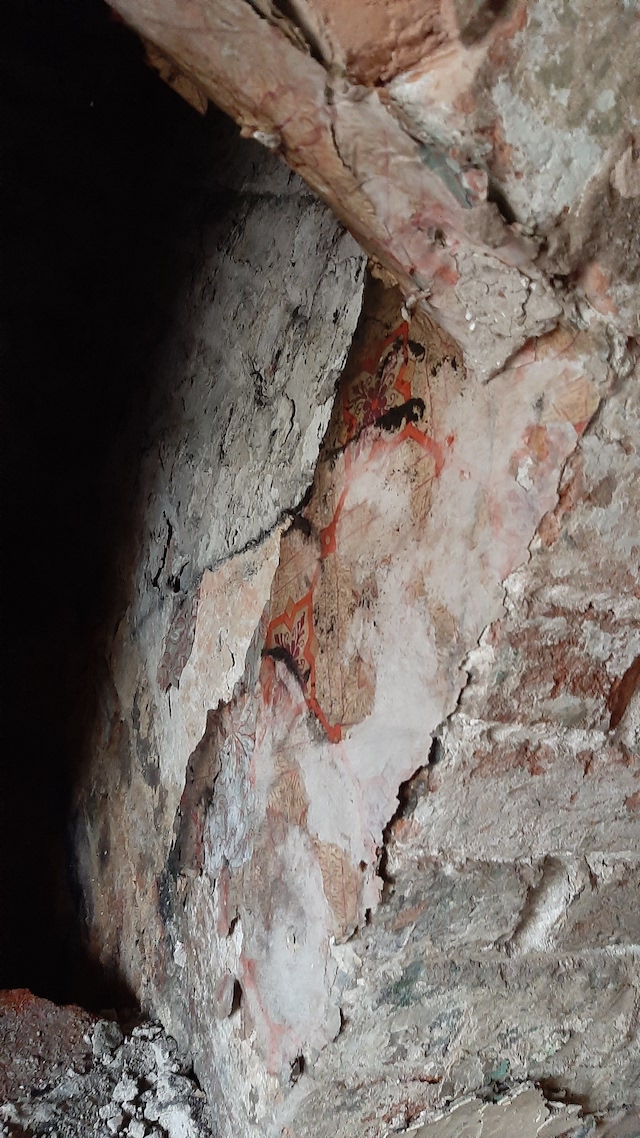 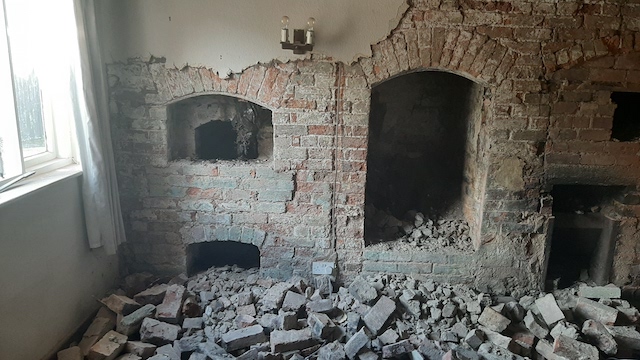 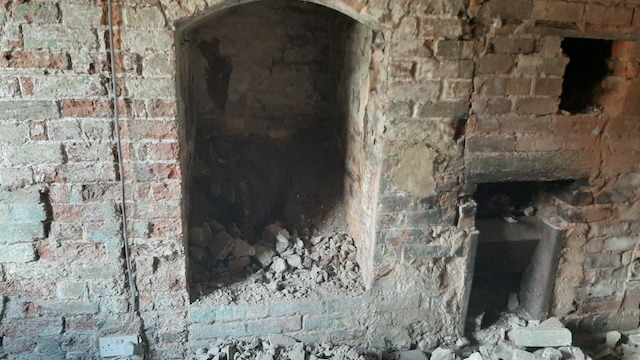