I had not expected to be making any crab apple jelly this year. I planted two trees in the new orchard I have created in the top field closest to the house. Their main purpose was in assisting cross polination of the six edible apple trees, all of different varieties which I also planted, along with six plum trees, six pear trees and two fig trees as well as the eight cherry trees that now border the track down to the hovel at the edge of the vegetable patch. I did not expect them to bear fruit this year but, to my surprise, they did. Not the 1 kg of fruit the recipe demanded but about an eighth of that.

So they were cleaned, split into two and just covered with water brought to the boil. Then they were hard cooked with a bit of lemon rind to add pectin for 15 minutes and I dissolved in about 80 grammes of sugar, Cooled and strained the liquid is just enough to make one pot of jelly which is the right colour and clear. A result. Now it joins the pear jam in the storage cupboard. 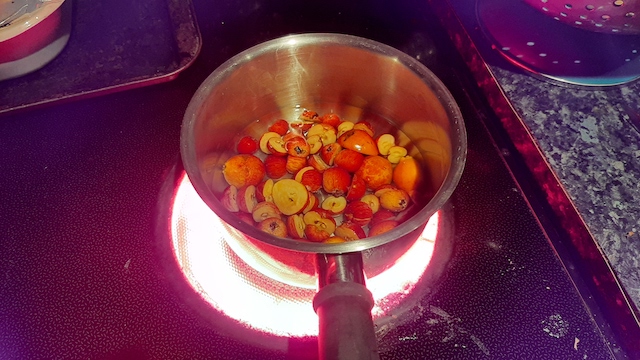 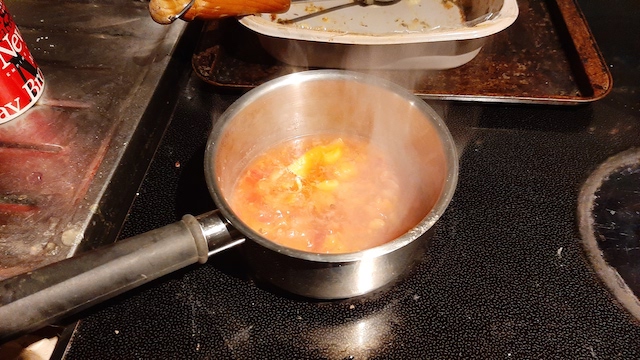 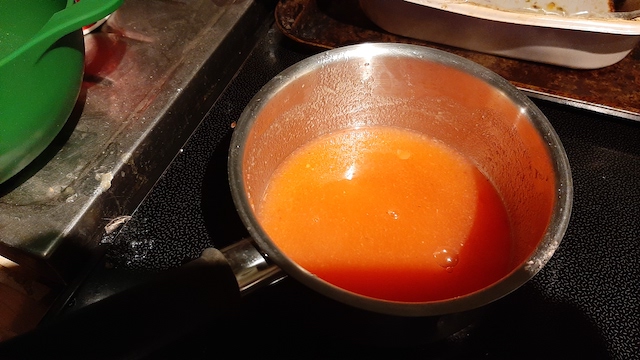 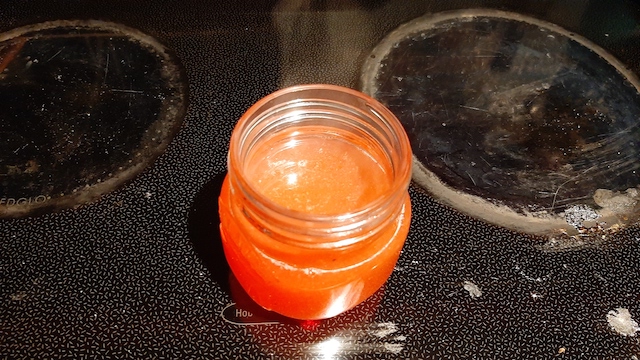 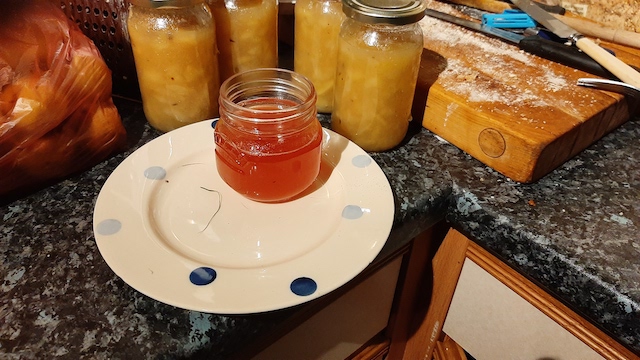