Okay, I accept this is a work in progress. Gone are the carpets and wallpaper from the 1970s and also the plaster from the early twentieth century. What you see now is a room almost stripped back to the 1680s or whenever it was built. I shall come to the dating issue and mystery below.

Photo one is of the wall which leads onto what will be the utility room. We need to move the electricity box outside and that window in the middle will be enlarged. I plan to have my sink in front of what will be clear glass. On the door, side beams are emerging and in between them is brick. On the other side is poured brick which needs repainting but is solid enough. The big beams on the ceiling will be restored to their original colour, i.e dark brown oak. 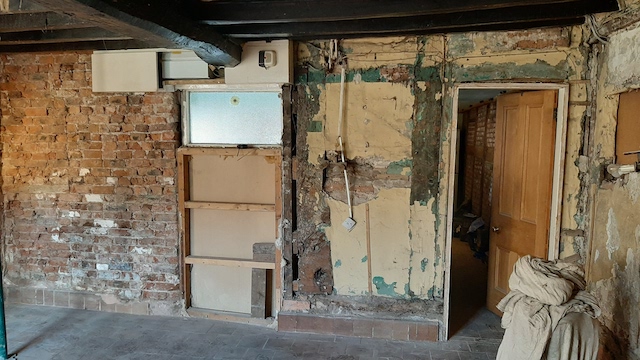 Photo 2 is of the wall and door into the oldest part of the house. You will note that we have discovered what was a window which leads into what is now just a small storage room and also the shape of a large arch which was the main door.  The oldest part of the house (1649-1670s, I cannot yet date it exactly), has stones half inched from the castle at each corner. This room was added on later. But not that much later as you can see lower down. To the right of the door, the old beams will be uncovered and restored. Between them is a brown original plaster using horse hair. On the other side, in the library, that is preserved intact. But it will be hard to do that here so the aim is to use a lime mortar and paint white the sections between the beams.

What is under the wraps is an antique wood burning stove which will be installed in the main living room in a couple of weeks in the massive original fireplace we uncovered hidden beneath a 1970s horror show. 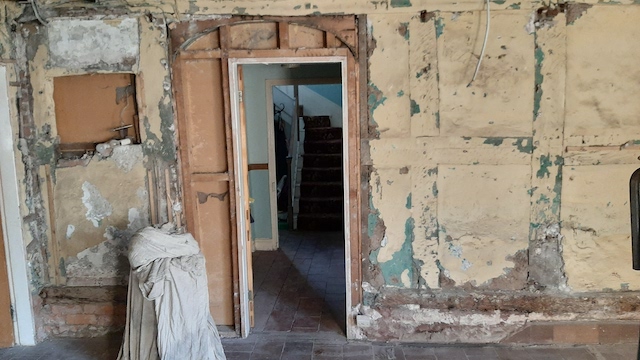 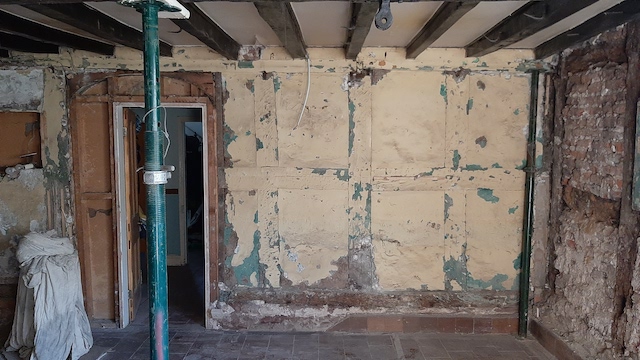 Photo 4 is of the wall looking out to the edge of the farmyard. The non window part of this wall is a mirror image of what we discovered in the small “hidden room” on the other side – a space which will eventually be my study and is about 1 yard by 3 yards and which was sealed off and abandoned when we arrived. What is in the middle is a sealed up window tax window and that allows us to date this part of the house as pre 1696. So it is newer than the original part of the house but not that much newer. 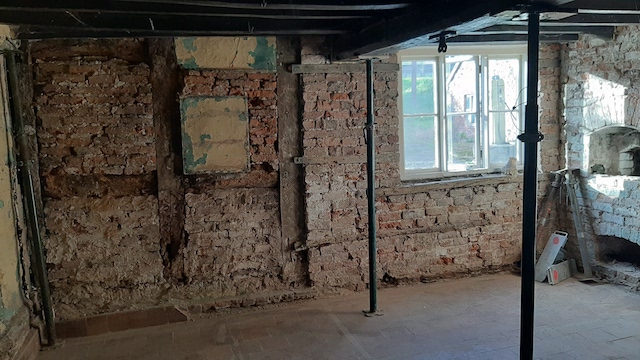 Photo 5 is of the far wall with the bread oven. You can see that clearly, along with the central fireplace and now a slightly wider but far less deep fireplace. 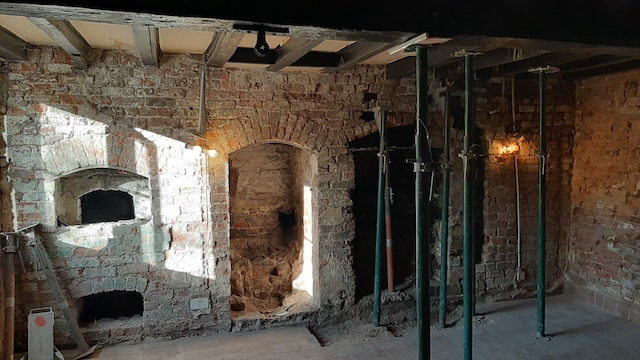 And finally that larger fireplace. The bricks at the top will be redone to be “soldier style” like the other two openings but the depth is a bit disappointing. We have removed a 100 year old back boiling system and pipes. I hope to put a light up top and a 4 cooker AGA in front of it.

It is all work in progress although not today, no worker has actually appeared. 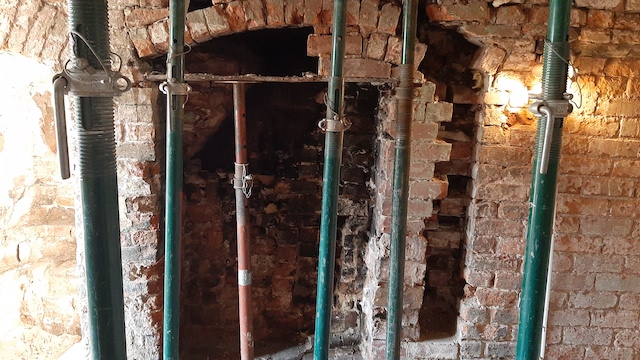