Photo Article from the Welsh Hovel: preparing for Santa

My four-year-old Joshua has been talking of little else for days. Yesterday, he really did get a card from Santa in the post which told him that he must be in bed early so that Santa could pop in and that he must leave a drink for Santa and something to eat for both Mr Claus and for Rudolph.

I have not seen the little lad trot up to bed so enthusiastically ever before. But not before stockings and pillow cases were laid out for him, his baby sister, both his parents and, that green rugby sock, for the cats.  And two mince pies, a carrot and a large glass of Metaxa were left for our visitors from the North pole. Santa likes the Greek brandy Metaxa very much, a fact Joshua knows full well.

This morning we asked if Santa had been, before heading downstairs. Joshua assured us that he had heard a loud “Ho, ho, ho” last night and then we trouped downstairs to see what he had left. 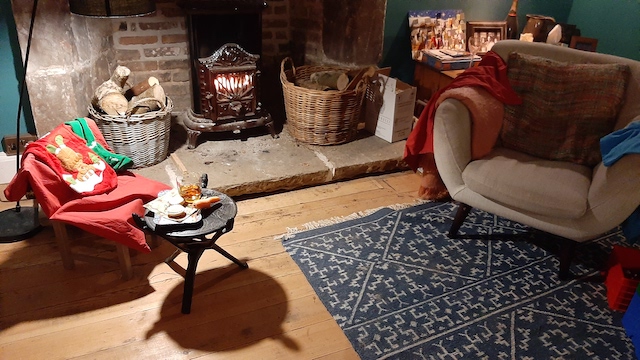