So the Mrs thought about getting the cats a basket but I insisted that that was for soft Southerners and that our Northern cats, the scousers Quincey and Sian, needed and wanted only a cardboard box each as they said “when we were young we were poor but we were happy”. So she took away a cardboard box.

“When I was young”, said Quincey, “we could only dream of sleeping in a cardboard box - we used to lie on a plastic bag“.

So the Mrs took away his plastic bag.

“When I was young,” said Quincey, “we actually didn’t have any plastic bags. That was for the rich cats in Liverpool. We slept on an old carpet on a cold floor.“

“An old carpet on a cold floor! Luxury. As you can see below, I actually slept in the sink” said Quincey  This is in the half-finished utility room next to the 1600s kitchen here at the Welsh Hovel. The wall on the right hand side is the old external wall from when the oldest part of the house was built. This became a room sometime later and was a 1970s style galley kitchen when we arrived. This part of the project should be finished by late January according to the builders. I did not ask which year. 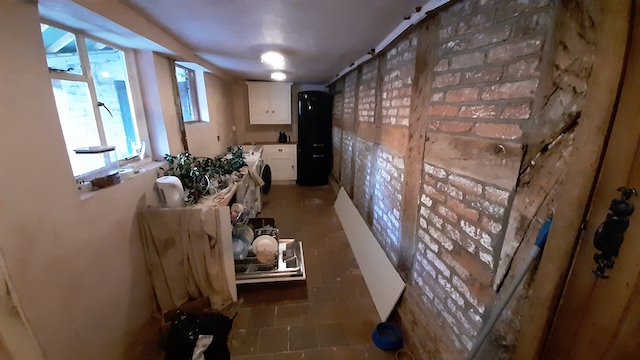 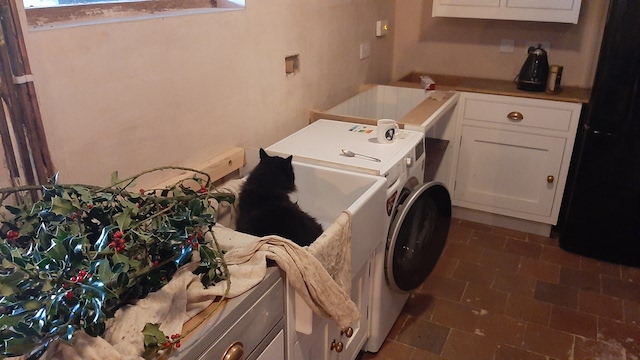 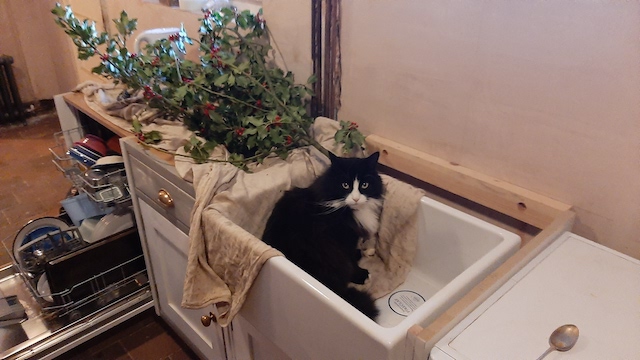