I remember a patronising university lecturer pal of the Mrs telling me, before the 2016 vote, that while I might be driven by my family history and emotion, he and others supporting remain really understood the issues. I must have written thousands of, researched, articles on the EU. Uncle Christopher Booker wrote tens of thousands and weighty books too. Grandfather Sir John Winnifrith had headed up MAFF so knew better than anyone what EU membership would do to our fishermen, farmers and to food prices and employment conditions for the working poor. But folks like the pal of my Mrs are just superior and cleverer and we 17.4 million (including the Mrs, though she has still not dared admit it to her friends) were all just ill educated, stupid and xenophobic, yadda, yadda, yadda.

As a Brexiteer, dealing with all this patronising abuse from the metropolitan elites and academic twits made our victory in 2016 all the more joyful. No doubt my wife’s pals will be posting mournful comments via tear sodden keyboards onto facebook tonight. Ha!  You, the CBI, Goldman Sachs, the BBC and the rest of the establishment, need to get over it you patronising twits. This is a victory for folks like my grandfather, Tony Benn and all those poor and ill educated people you would never meet socially and who, in your hearts, you despise.

I have made another EU flag and another bonfire as you can see below. It is a small bonfire as it is freezing up here on the banks of the River Dee in Wales. So the Mrs and I will dash out at five to eleven, light the fire and say cheers to Chris and Sir John and to our fellow 17.4 million deplorables, downing a small glass of Metaxa, before scuttling back inside.

Will I wait until midnight to see in the New Year? I am not sure. Who cares about that? I have been waiting for 11 PM for most of my life; that’s the importance of tonight. 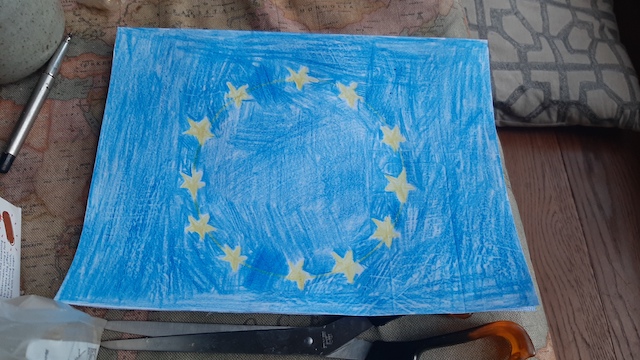 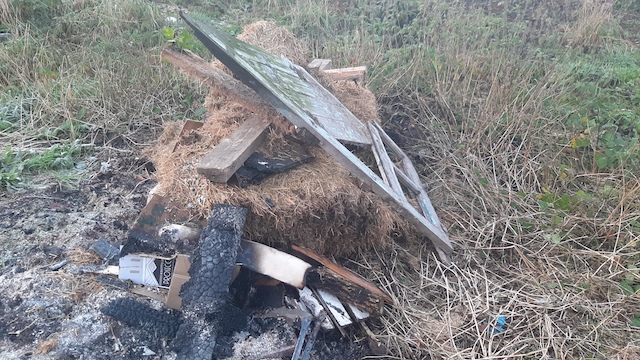 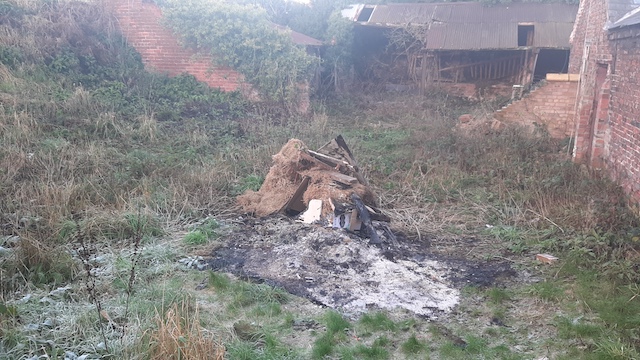