Alongside the lane running down to the Welsh Hovel is a strip of land about 100 yards long and maybe 35 yards wide. When we arrived it was known as the jungle. Trees, bushes, long grass and weeds were so thick that you could not actually tell that it contained, inter alia, three sheds. Getting to the end was the sort of trek where you needed something to slash ahead of you and felt you should be wearing a pith helmet. The sheds, old chicken feeding trays, and so much else had been hidden from view for decades. Houses on one side could not see the ones on the other.  The cleansing of the jungle started in the Autumn of 2019 as you can see HERE.

Now we are starting to make real progress. On the left-hand side as you look up the lane, my cherry trees, planted in December 2019, are really taking hold and the larger ones will produce blossom and a small amount of fruit this year. At the top end on that side are the rhubarb plants I planted last summer which produced a shed load of stalks last autumn. They are rather surrounded by weeds now but that will soon change. My ambitious plan is now to plant a “hedge” of lavender from where the rhubarb ends all the way to the bottom of the jungle where there is, currently, a large green iron barn on the edge of our land where it overlooks the lane. I have walked the distance and reckon that it is 100 plants which I shall buy and insert in about ten weeks.

The concrete patch at the house end is about five yards in front of the back of the large green barn. Pro tem I am thinking of putting beehives on that concrete patch. A 2022/23 project is to pull down the green barn and build a large polytunnel on its concrete floor. That is for the future.

On the right-hand side of the jungle is one of the sheds we discovered. Pro tem it survives and on the other side of it there are, as of last week, two new wooden compost pits. I am so fecking green! Running up that side of the area are the raspberry, blueberry, gooseberry and blackcurrant bushes I planted last year. Again, they need weeding but are, otherwise, thriving.

And then there is the middle, the vegetable patch. In the middle of it is a large pear tree, at the near end a plum tree. The rest is for vegetables. It is, I reckon, 70 yards long and 10, widening to 20, yards broad. The planting of the first vegetables, broad beans round 1, starts in just over two weeks time.

Now before you praise my great industry, I should mention a chap called Paul who is the workforce. Other than the planting of cherries, rhubarb and the fruit bushes and some burning of the wood which caused a spot of bother with a neighbour, my role has been largely managerial. That will change as I do enjoy a spot of planting. However, notwithstanding the nature of my role, the transformation of the land is something, that though not finished, is something I can already feel rather proud of. I had a vision and it is now starting to take shape. 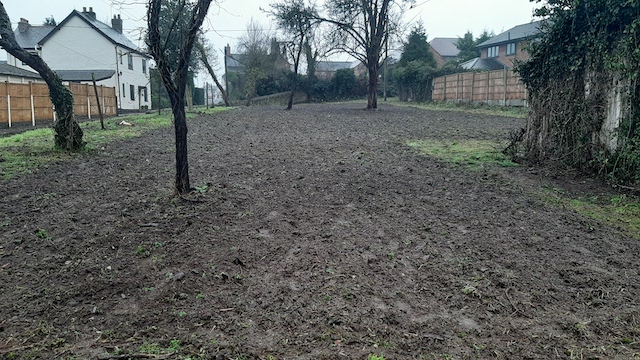 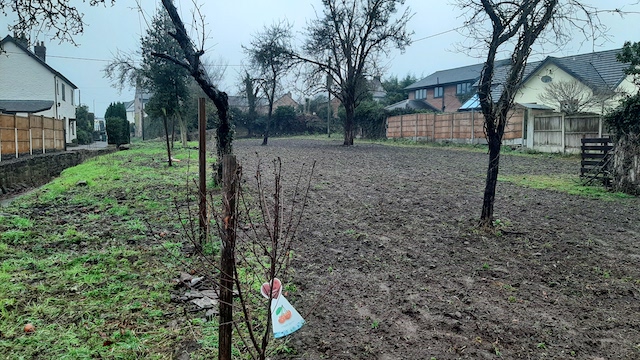 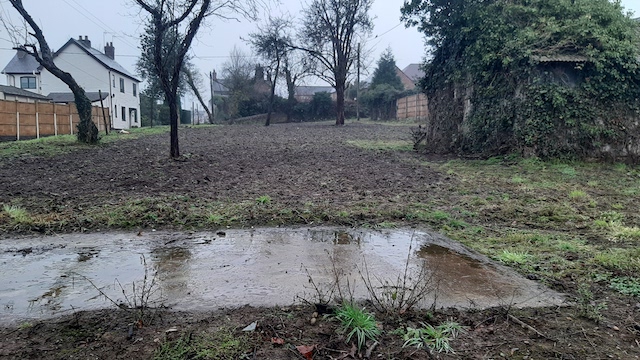