Photo Article from the Welsh Hovel: Update on the Ha Ha as final old sheds come down

It has been two or three weeks since I showed you the before shots on the massive works underway behind the barns which form the farmyard behind the Welsh Hovel. As you can see below, we have made real progress.

The 300 tyres we discovered here have all gone. So too have 7 tonnes of scrap iron. So too has the last big barn. As you look out of the farmyard barns on your far left, you can see three old sheds. Or rather you could see three old sheds. Now just one remains and it will go next week, though its back, brick wall will stay keeping the earth bank above it where I have planted a new orchard, safe and sound. That orchard is about fifteen yards wide and behind it are those new houses.

Rubble and earth has been dropped here by folks from all over the district and Robert, who is in charge of the work, now has another 300 tonnes of his own to add on. Then the 40 yards at the edge of this paddock which is about a foot and a half above field level will be scraped back and we should have a new mound from the barns going out by c40 yards so making a 1600 square yard area which is 4.5 foot high. It will be a flood defence for the barns and for the gap between the mound and the sandstone cliff, and a lawn to play croquet on. At the far end will be a ha ha.

The final photo here is of the sandstone cliff which runs from the sheds being knocked down all along the paddock: badger cliff. Having removed the tyres, scrap iron and other detritus, this cliff is once again becoming exposed.  The trees at the top of it are being thinned and the ivy taken away so that our neighbours can, for the first time in decades, have a full view of the river plain. We are getting there… 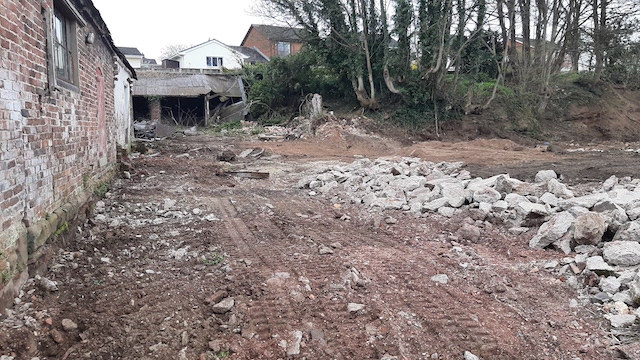 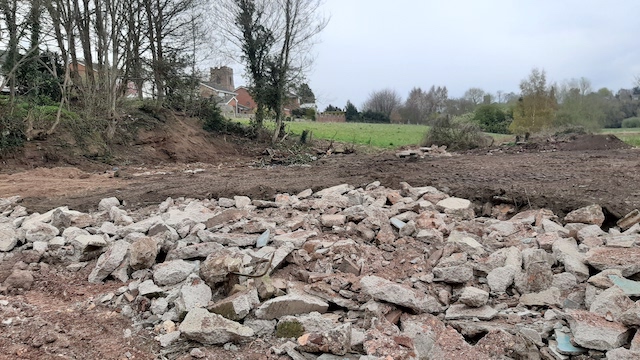 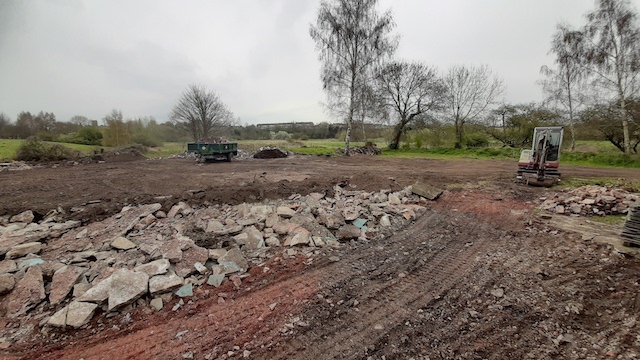 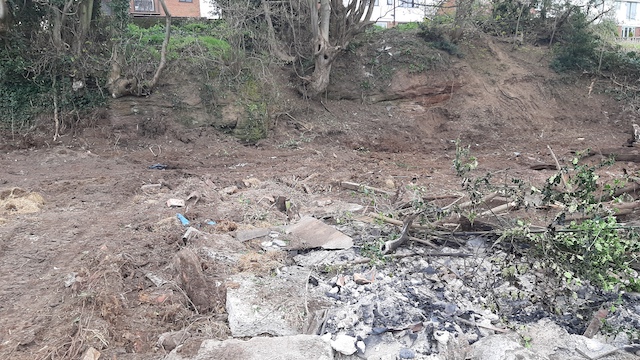