The Guardian on the late George Floyd...oh please you cannot be serious?

Guardian journalist Joanna Walters clearly has a very severe case of white liberal guilt. Her headline on the late George Floyd is simply unbelievable. Yes Mr Floyd was murdered by a cop who has rightly been found guilty and who I am glad to see rotting in jail. The murder was both astonishing and appalling. But that does not make Mr Floyd a reincarnation of Moma Theresa. The Guardian’s desire to beatify him is just vaguely sickening.

Let us remember that among Floyd’s various crimes was to hold a pistol to the belly of a terrified and heavily pregnant woman threatening to kill her unborn baby unless she said where valuables were hidden so that Mr Floyd and his accomplices could steal them. In that light, the statement “he knew how to make people feel better” while true in some cases is clearly not true in all. 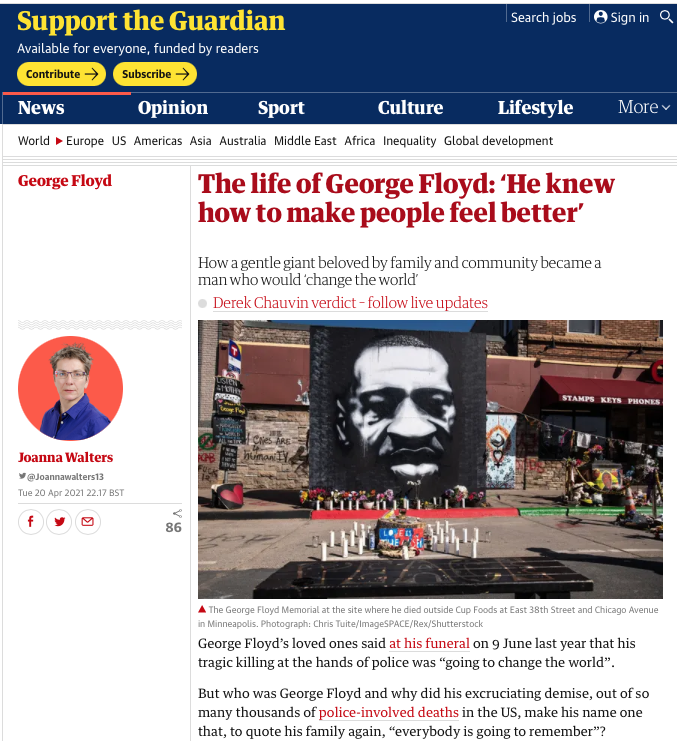