Update August 24 2021: I have now been painted as a villain for writing the article below, demonised on my village facebook group. Demonised most unjustly, I should say. That mob attempt to silence someone just telling the truth is written up here.

The most famous person in these parts, apart from my cat who starred on Panorama’s Neil Woodford special and has been receiving fan mail ever since, is Eleanor Farr, aka Miss North West Charity girl. And she wants us all to give money to help her plant trees. Her green shite maths is off this planet.

Now do not get me wrong, I am an avid tree planter. I have cut down about ten trees at the Welsh Hovel but revived half a dozen previously being strangled by ivy and have planted 32 new trees and I am not done yet. There are at least another 20 plantings planned. In Greece this summer, at the Greek hovel, the plan is to plant 150 new trees which will leave me a net 146 ahead on the site. So, although there is no evidence linking man-made carbon emissions to global warming, I am doing a lot about this green shite. Now to the maths of Ms Farr.

She claims that if one in 4 Brits plant 240 trees each then this island would be carbon neutral at once. Ok Eleanor let’s do the maths. There are 66.65 million folks in the UK so 1 in 4 of us is 16.65 million. So Eleanor wants 3.996 billion trees planted. Now here at the Welsh hovel in my new orchard, the trees will never be massive but, even so, in order to give them space to grow to their full height without tangling branches, they need a minimum of 10 square metres. Of course bigger trees will need far more but I will work with my lower number as it makes the maths easier for Eleanor and myself.

All we need to go carbon neutral in the UK is 39.96 billion square metres. Luckily the UK is 242 billion square metres but where would these additional trees go? Allowing for the existing land under tree, we could start by planting one tree every 10 square metres across the whole of Wales, Greater London, Northern Ireland, Lancashire, the Isle of Wight and Cheshire. Of course we would need to relocate the entire population of those areas but it is still a small price to pay for making absolutely no difference whatsoever to the temperature on this planet. 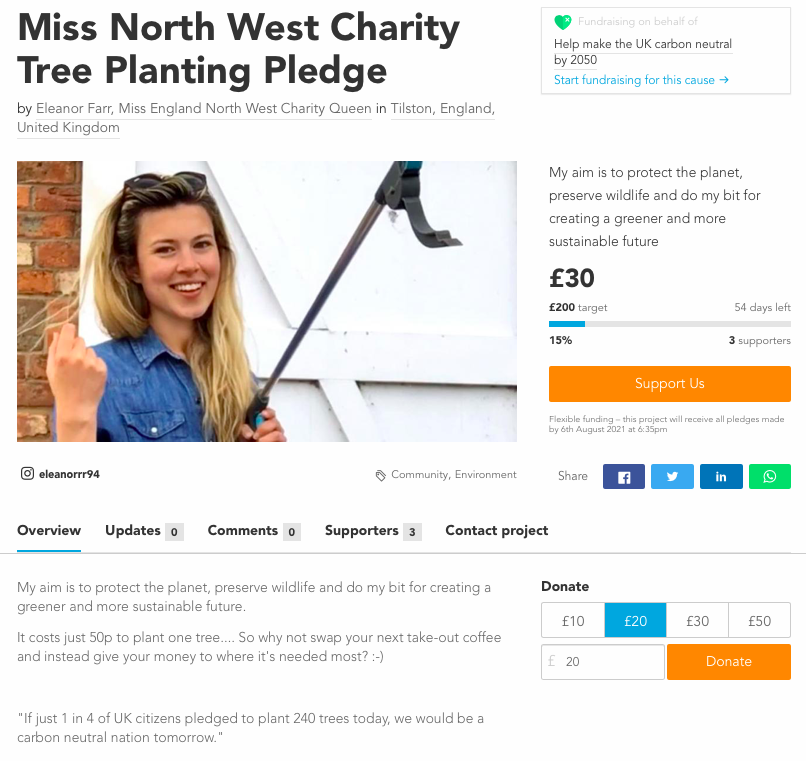