Alt-right bastards screamed the liberal left, this is an incitement to violence. The students responsible must be chucked out of the University, this is a threat to free speech. You can just feel the outrage, the self-righteous anger, the calls to ruin the careers of the young folk responsible, the BBC and the Guardian jerking off as more alt-right hate is exposed and they can somehow say all Trump voters are guilty by association. You know the story… except…

The flyers below are not from Trump supporters at a US University but from transgender activists at Cardiff University here in Wales, the rain-sodden, post industrial province of Airstrip One where I live. It is a country where my mixed-race kid will be taught by a white teacher in his primary school that he is by definition a victim and oppressed because of his skin colour and that all the other kids – who are white – enjoy privileges he does not because of his skin colour.

At the University in Cardiff, the capital of Wales, 16 academics suggested that the University cut its ties, as so many organisations are doing, with Stonewall, once a pioneering group fighting for gay equality but now, with that battle largely won, a body fighting a militant trans agenda which often ends up threatening women’s rights as we saw graphically illustrated yesterday HERE. I agree with the 16 academics but whether you do or you don’t, surely they are entitled to speak out? That is what free speech is about is it not? Should bodies not review regularly all charities to which they bung vast amounts of cash? 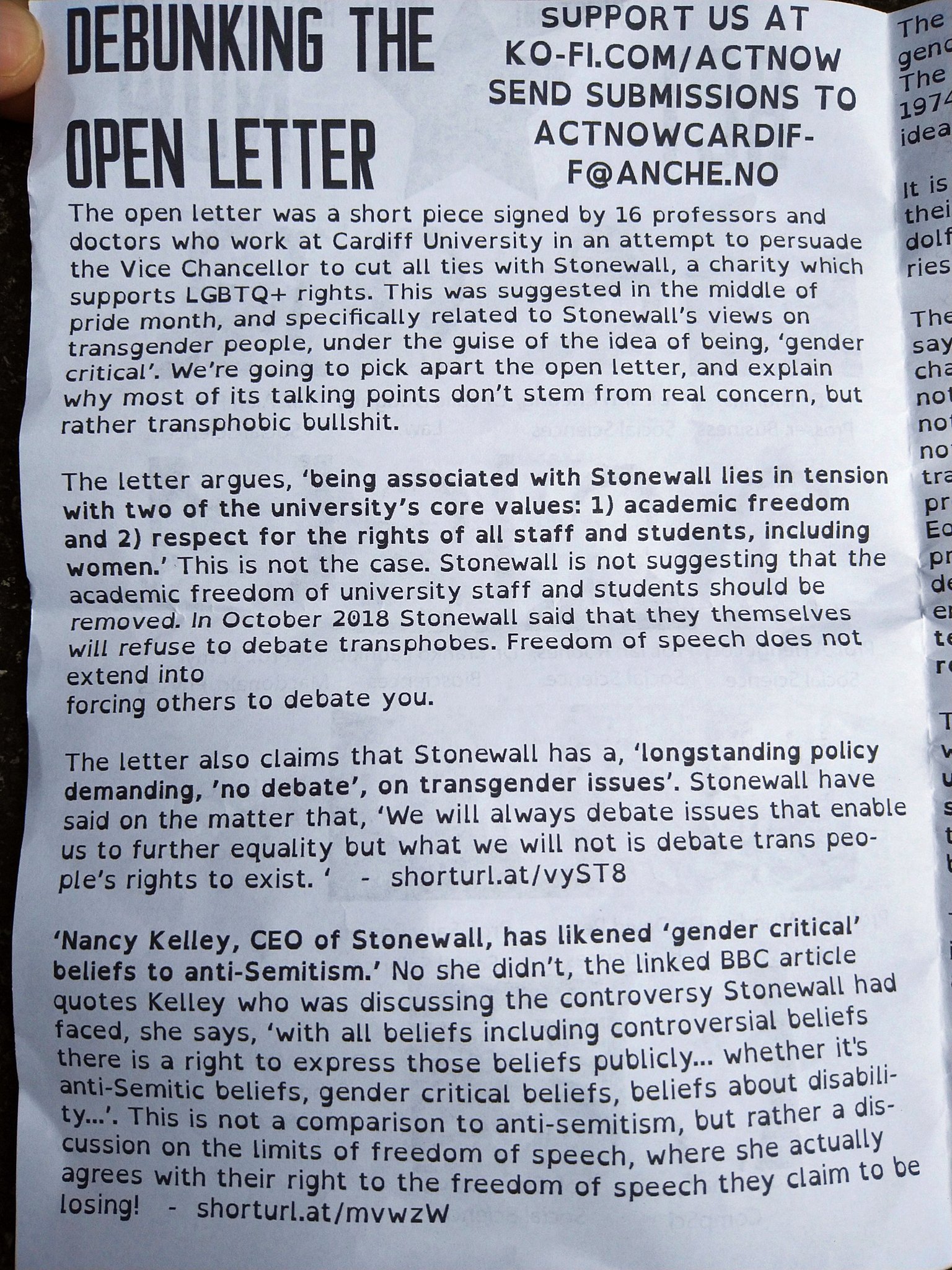 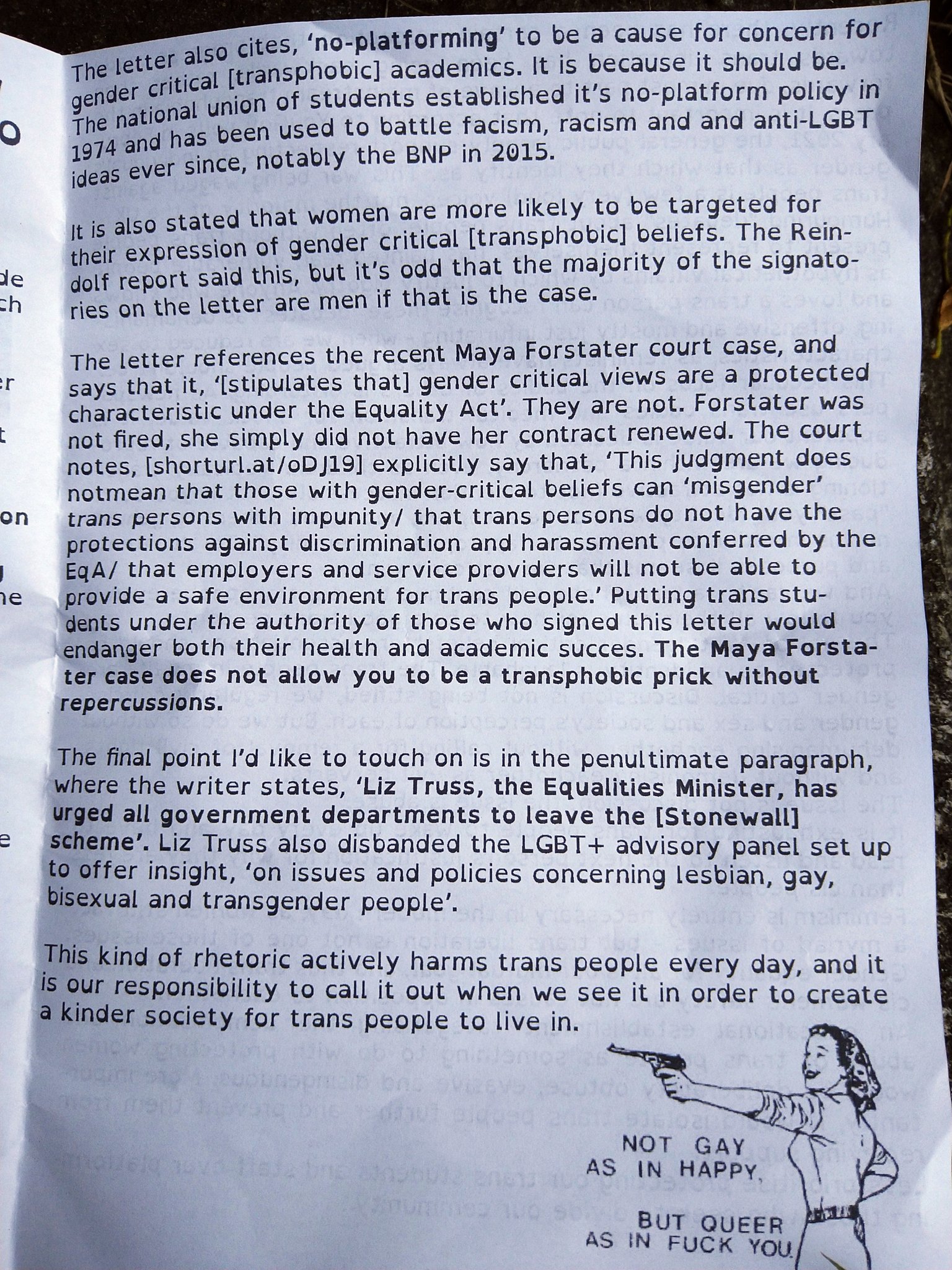 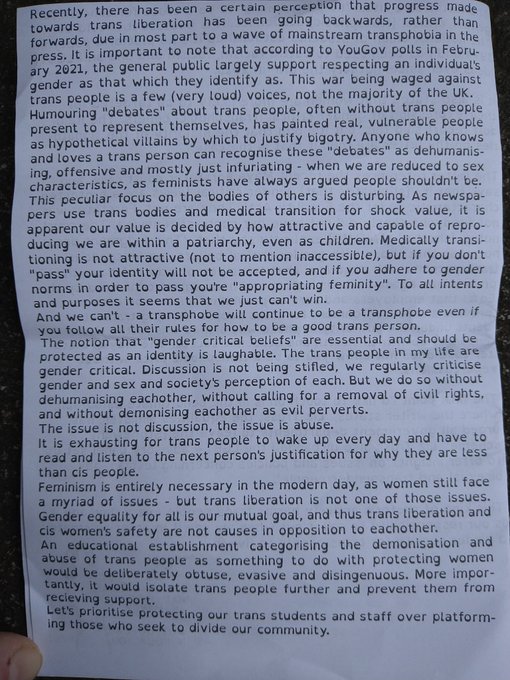 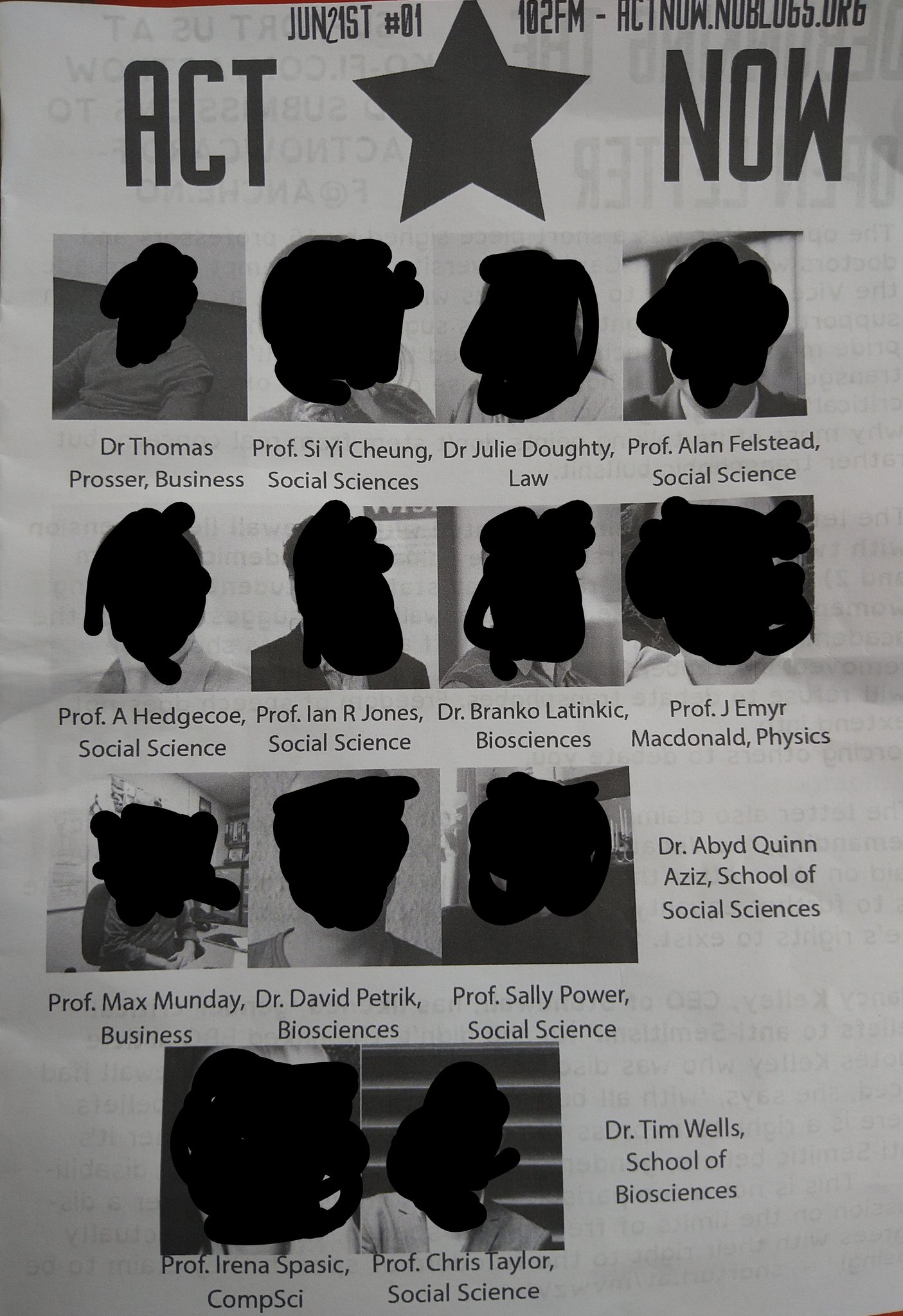