I still have planning permission to build another house here in Greece on the site of the old ruin halfway along our land. If I have a windfall from something I might just do it although the Mrs thinks I should prioritise works at the Welsh Hovel. She may be right. Meanwhile, the carpenter who has cursed his mother to so many appointments with St Peter has put the final touches to the Greek Hovel. It really is finished.

Now it is just a matter of landscaping the area around the hovel and pool and planting another 150 olive trees.

I have had many a nightmare about snakes emerging from the gaping holes in the ceiling which lead to our massive air conditioning units. I think we ordered wooden grates for them about three years ago but I am delighted to say that they have, as you can see below, finally arrived. I shall still have nightmares about snakes but the storyline just has to change a bit. 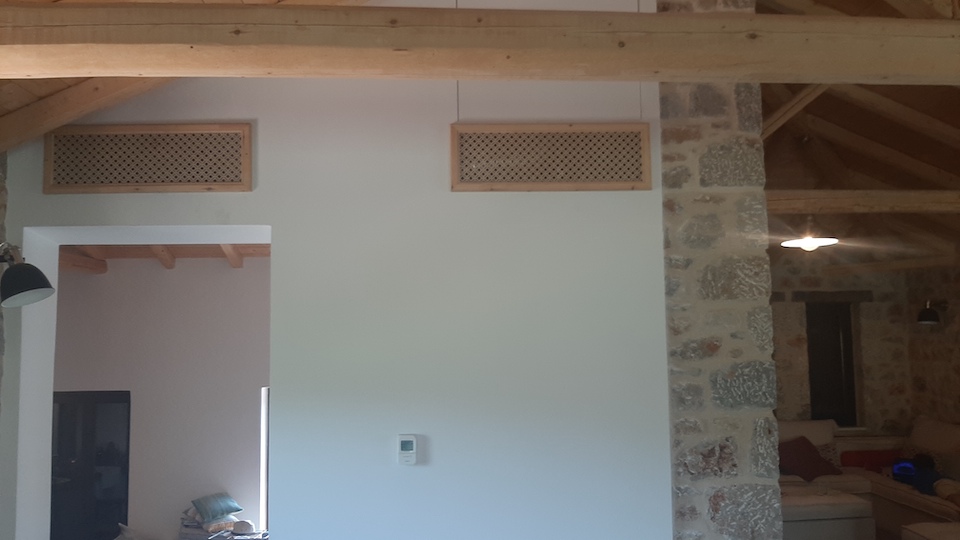