I had explained about the Oracle to young Joshua, take to your wooden walls and all that. But what fascinated him about Delphi is the man he terms “my great, great Uncle” that is to say David Cochrane. I have covered his death in 1931 many times here and his portrait hangs in our kitchen back at the Welsh Hovel.

By the time we finally arrived from Arta, it was almost dark and there was thus nothing to do other than check into a hotel which was vaguely reminiscent of a 1980s office block but had what Joshua wanted, air conditioning and a pool, and what I wanted – off street parking meaning only a short walk carrying our luggage including Joshua’s DVD player. He can now say that he has done several times what one third of millennials have never done, that is to say watch a black and white film in full. As our arrival treat, we did just that, picking out another one of the boxed set of Basil Rathbone Sherlock Holmes movies. Kids today do not know what they are missing.

On our first day, we wandered from the hotel, which is only a few hundred yards from the centre of town and stopped at a cafe overlooking the other side of the valley to stare up at Mount Kirfi, now known locally as Mount Kochran, from where David fell ninety years ago. His body, you may recollect, was not found until a year later by folks from the village of Desfina, which lies behind the mountain, who were out gathering snails. 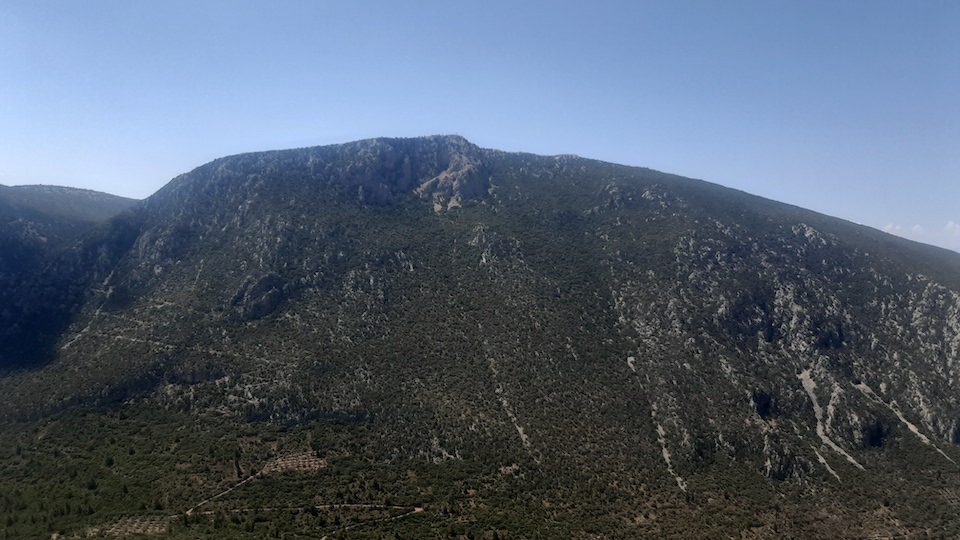 That ended a nasty diplomatic spat which is detailed in cuttings from The Times. Sir George Young, grandfather of the current Tory Politician, was a diplomat though perhaps not very diplomatic on this occasion. He was also married to the sister of David’s mother so was a relation. Sir George had, on the disappearance of the body in 1931, accused the Greeks of murdering poor David as that is what he believed Greeks did to foreigners. The body was found with David’s passport, camera, traveller’s cheques and his gold watch, which I now own. Cue demands in the Times from the Greek ambassador to England, that Sir George apologise for this foul slur on the nation of Greece. I doubt that he did.

Joshua and I wandered on to the ancient ruins of Delphi and started to climb. As we did so, I could not help glancing up at Mount Kochran from where David must have stared at the ruins just before he fell. It loomed over the whole climb. Joshua was a real brick. Spurred on by tales of how his sister climbed this when just a year or so older than him while others in the party chickened out, we walked higher and higher, chatting in the final stages to a pleasant American Pakistani family where the mother was also struggling somewhat. But eventually, as you can see, we made it to the running track at the top. 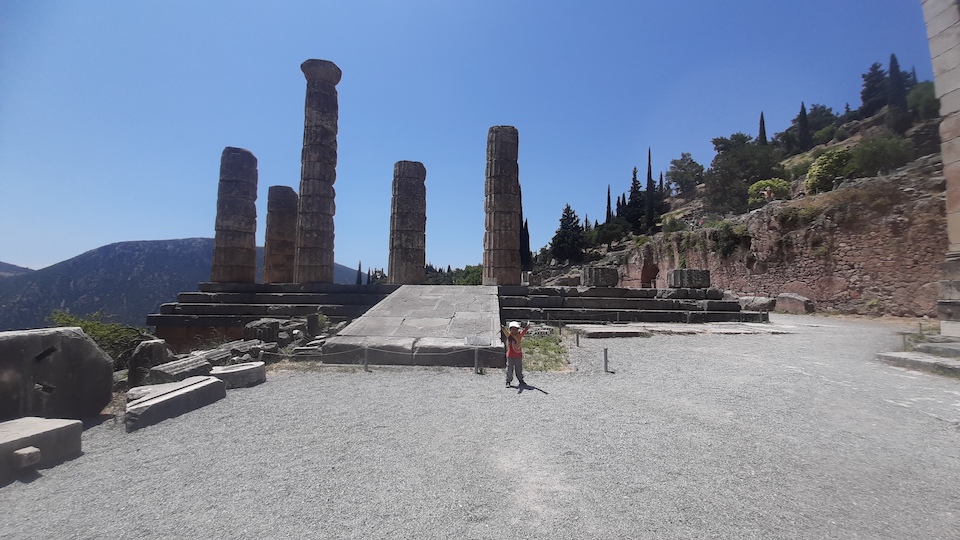 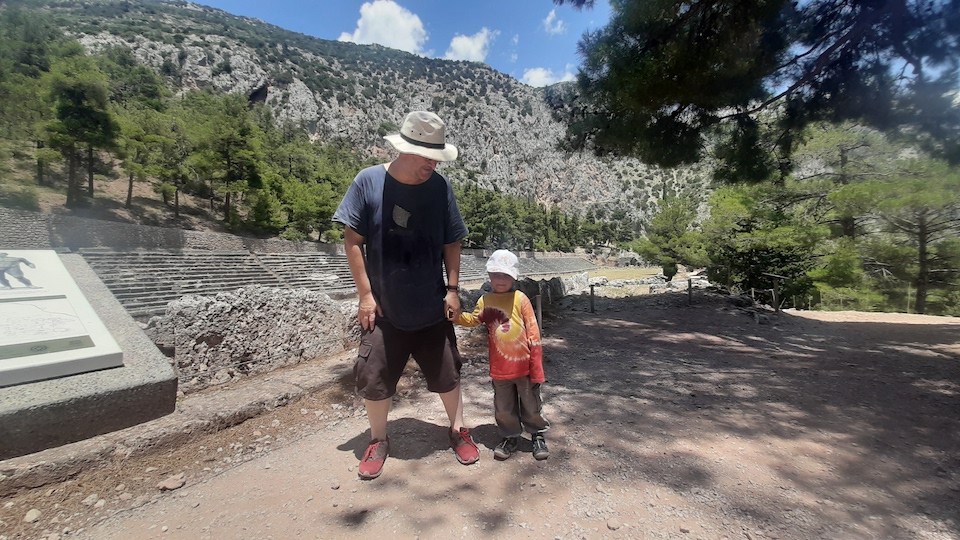 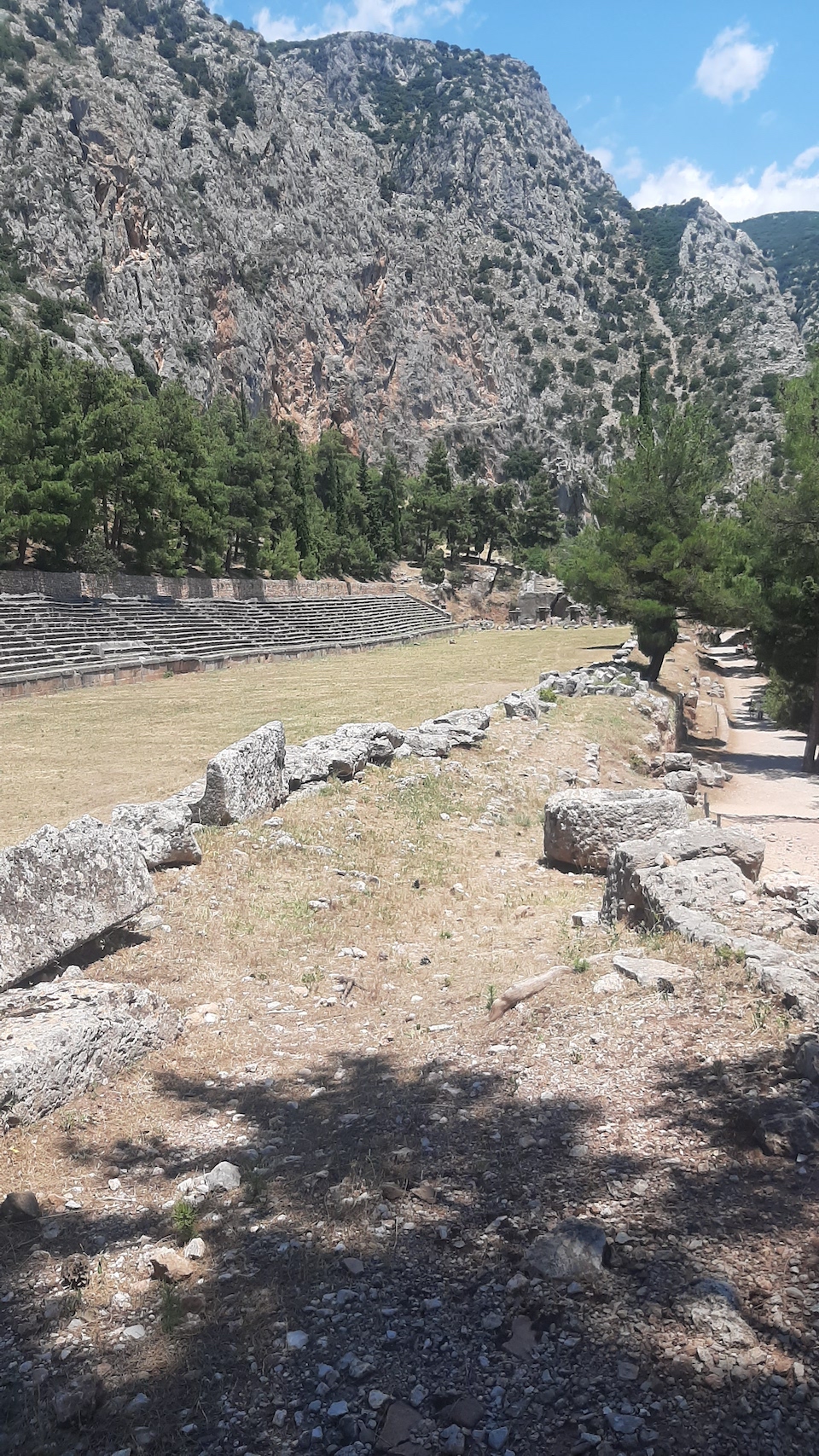 The last photo is of Joshua at breakfast, deep in thought. He has taken to peaches and we have considered, in some detail, whether we can grow a peach tree as well as melons – another favourite – in the Polytunnel we plan to construct where the “snake barn” currently stands at the bottom of the vegetable garden back in Wales. 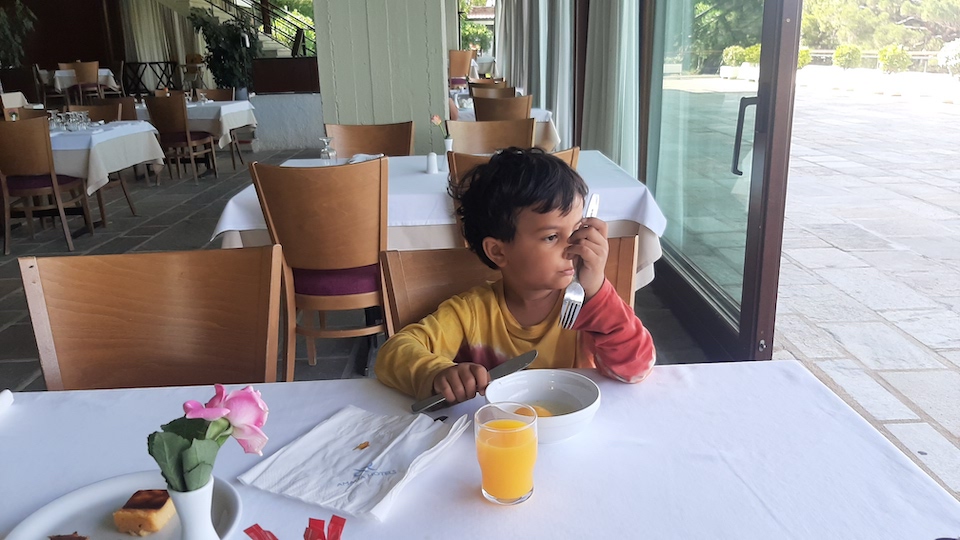