An inconvenient truth global warming map of US states

Another begging email arrives in my inbox from woke hustlers Avaaz. It tells me that European floods are unprecedented and a sign of climate change. Of course you and I know that German flood levels have been much higher many times in the past. It is just that flood defence work (so passe) and listening to warnings about rising river levels (so last millennium) have been abandoned as the powers that be wet their knickers about climate change & spunk taxpayers cash accordingly. Meanwhile, Avaaz wants me to look at temperatures in North America and panic. We have literally months to save the planet so how about I send some of my hard-earned cash to Avaaz so that it can pay its woke staff a fecking fortune, oops I meant save the planet. It all sounds so simple but it is a lie.

As the BBC reports dutifully on German floods and American heat as “proof” of global warming, it ignores the very cold weather in South America which is hitting coffee production so hard that your latte will soon get much more expensive. Guess what? Temperatures change. It rains a lot sometimes. It has been happening for millions of years and however much money you give to fake news hustlers Avaaz, it will carry on happening.

Just for the record, for those persuaded by the BBC that the USA is seeing record heat, here are the record heat levels by state by year. Of course records in most states go back only a couple of hundred years. The odds are that during the medieval warm period when the earth was far warmer than today, the mercury would have been off the scale making the 1930s (a very warm decade across the planet followed by a very cold one for reasons which Avaaz and the BBC are unable to explain) seem like a total non event. 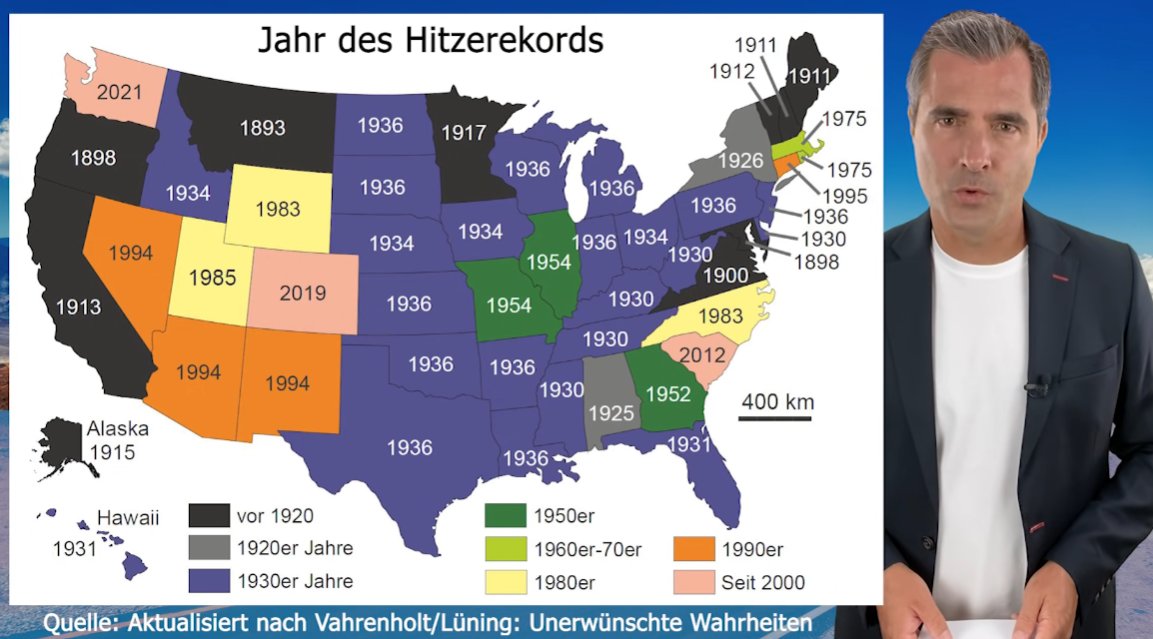