Reader Bryan says his Mrs does not believe that there are any such things as snake repellent canisters. Here is the photo to prove that there are. There are three of them “live” here at the hovel each about 10-15 yards from a corner of the house. You are told you only need two on diametrically opposing corners but I always have three up.

The Herpetex canister below is in front of the house as you drive up to it, and is left by some old discarded telephone poles which I always view as a “logpile house” in Gruffalo terms and thus with suspicion. You make a small opening in the top of the canister and put on a plastic valve and then for about three months it emits a smell which snakes find disgusting and so stay away. In theory at least. But having them here reassures one and all although we still tread carefully wherever we go.

Perhaps, as useful, is the black cat which I have now caught sleeping under the car twice. On reflection it looks like the offspring of the old cat I fed as a kitten and which used to roam here rather than her boyfriend of last year. But cats are superb snake killers and I am sure his presence will deter many a serpent. Or, at least, I hope so. 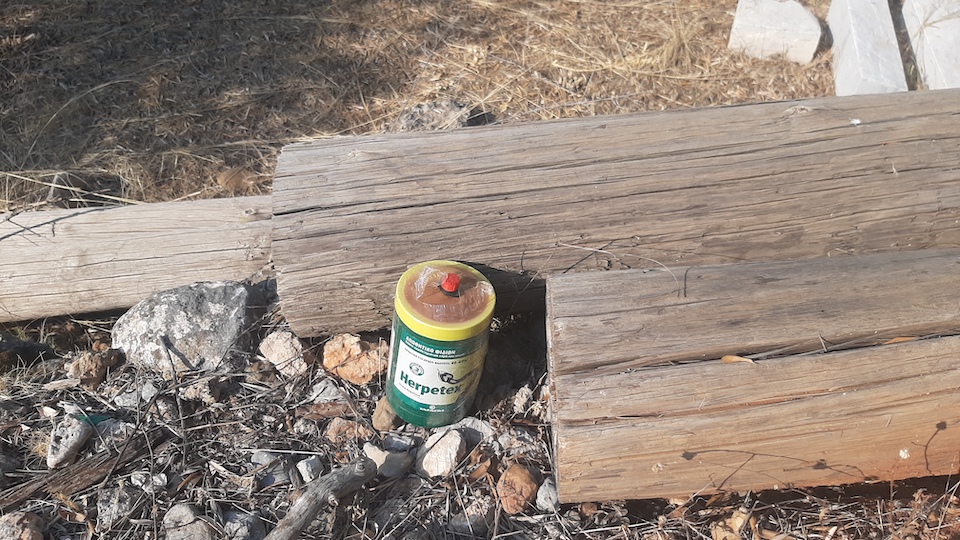