Photo Article from the Greek Hovel, the long view from the back road

There is a back road to the Greek Hovel. It is the one where I killed a snake with a motorbike a few years ago. It starts just behind the church at the highest point in Kambos and goes past one other small church before starting a very steep decline to the bottom of the valley below the abandoned convent at which point you rejoin the normal rote to the hovel climbing snake hill up our side of the valley. It is a narrow road and in terrible condition so I only use it in extremis such as when it is impossible to turn my car around the church as there is some important service going on and there is no turning circle.

I now know the road well enough to navigate my way around deep potholes in it but the untrained driver could well come a cropper if trying this route for the first time.

Hence, almost nobody uses this road which is why that poor snake slumbered on it, confident that it would not be hit and why I have seen the local golden eagle perched on a fence by its side.

But a few days ago we were forced to use it and the Mrs took the two photos below from the top of the descent. You can see at the bottom of the first photo the convent and above it looking deceptively close the Greek Hovel and the mountains rising above us. The second is a longer shot of the same view. 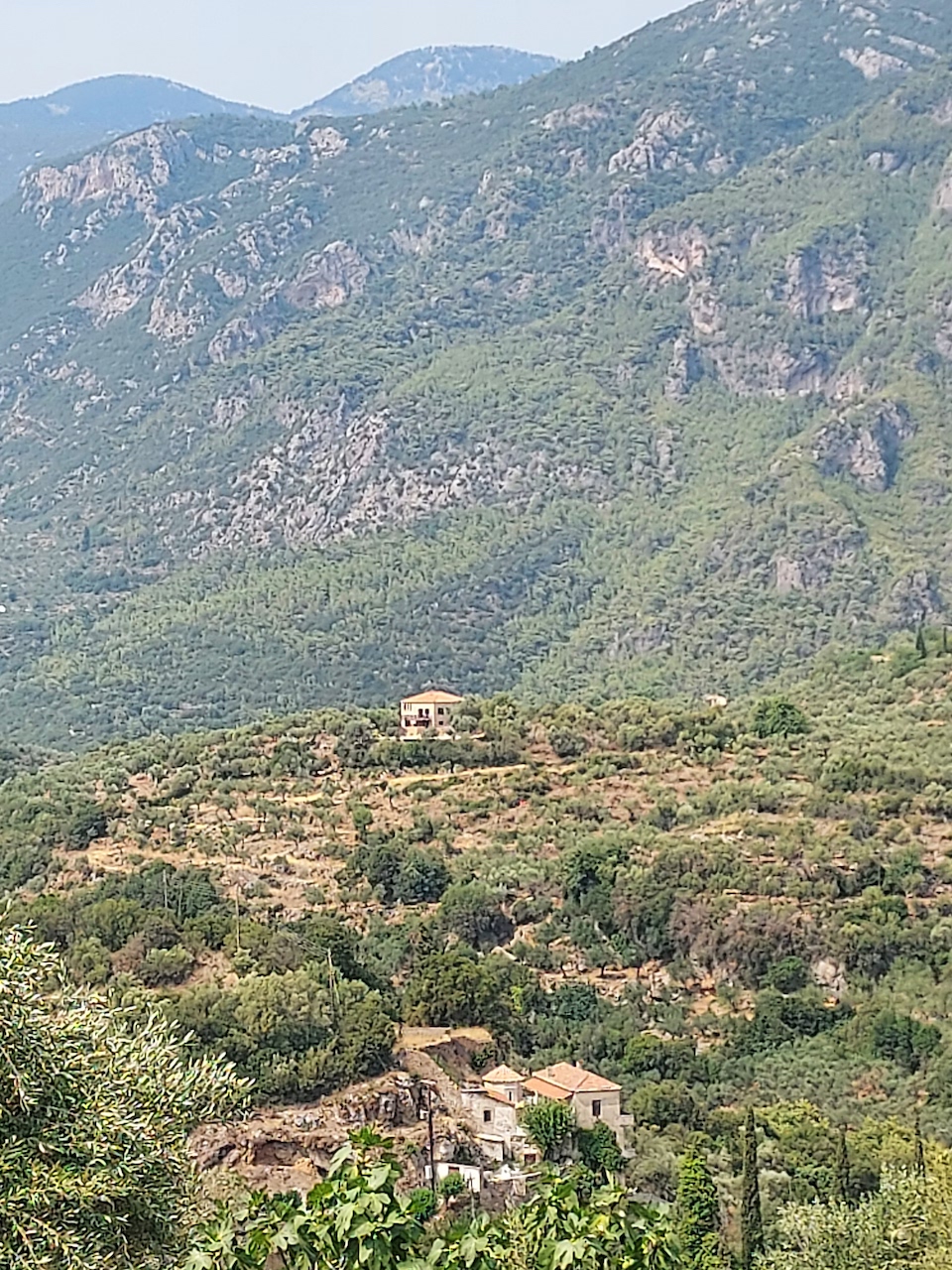 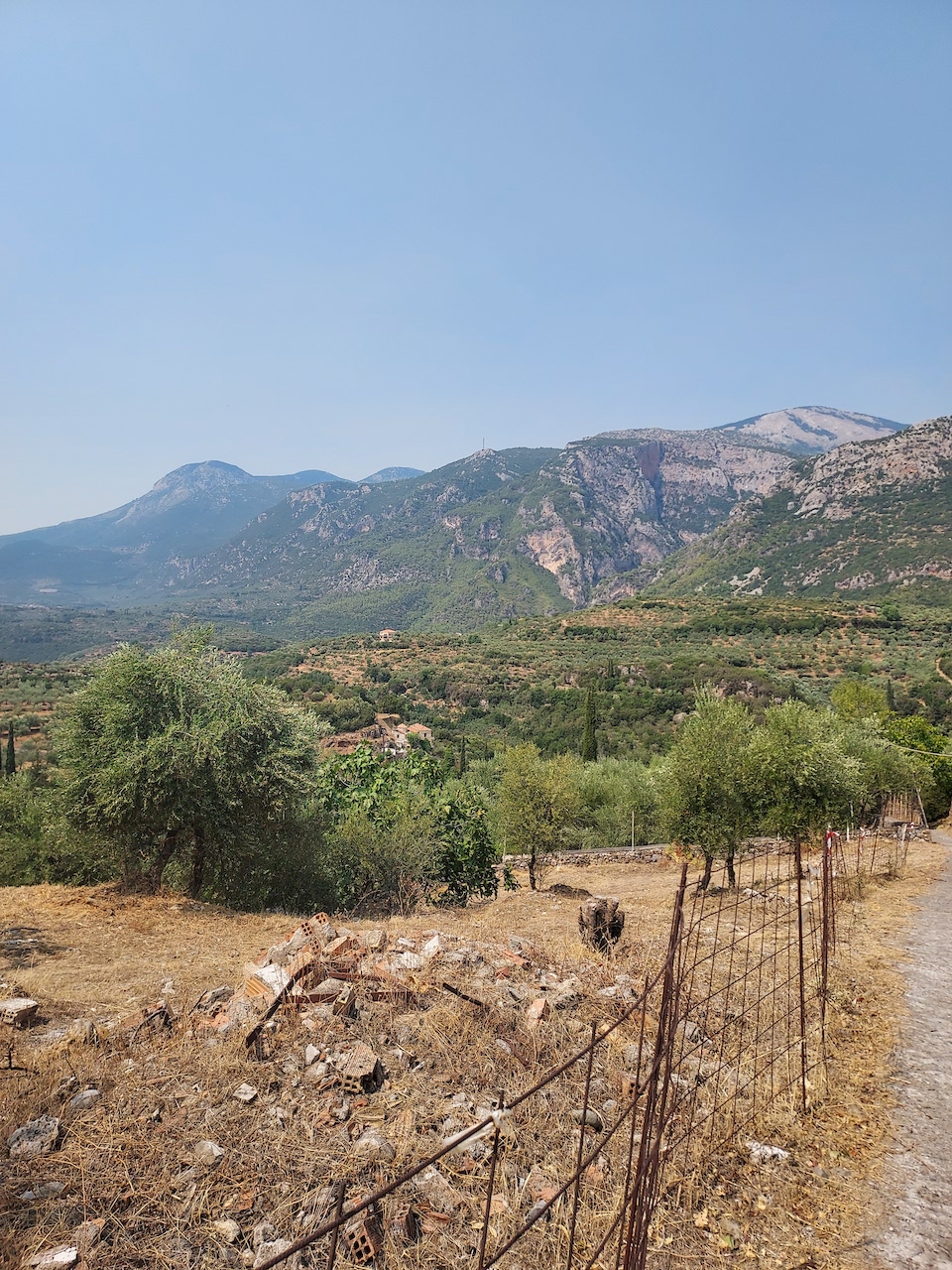