We are getting there! What you can see below has cost a fortune but it will soon be a thing of great beauty and behind it the listed barns are also having a makeover.

In the first photo you see the front of the wall which forms the end of the new lawn which at on its top layer is 35 metres long and 33 wide. The wall is made from sandstone which we found buried in the waste heaps here and reclaimed Cheshire brick all put together with lime mortar. The final earth is on its way, the top soil and a bit more dirty earth taken from a final waste heap here will go behind the wall above a gravel drainage system which is now largely complete.  The weeds on top are almost dead so when the new soil arrives all will be re-seeded.

The second photo shows the slope at 30 degrees which is on the three non wall slides. At such an angle we can use a lawnmower to tame the lawn.

The final photo shows the repointing work on the barns. The far end of the barns has been repointed as has much of the courtyard side. Now the push is on to do the Ha Ha side before the land below it is seeded with grass. As you can see we are about a third of the way along but the low barn is in good nick so will take no time. We are getting there 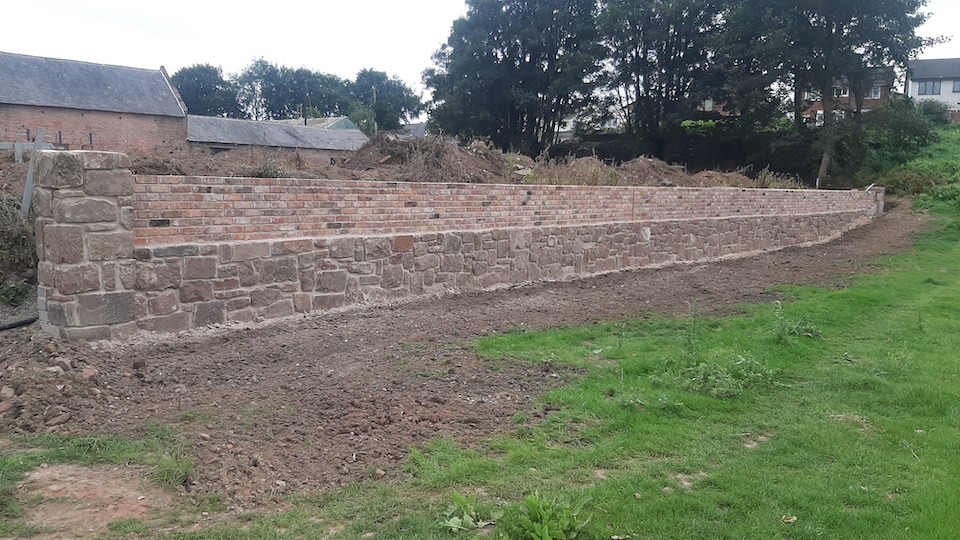 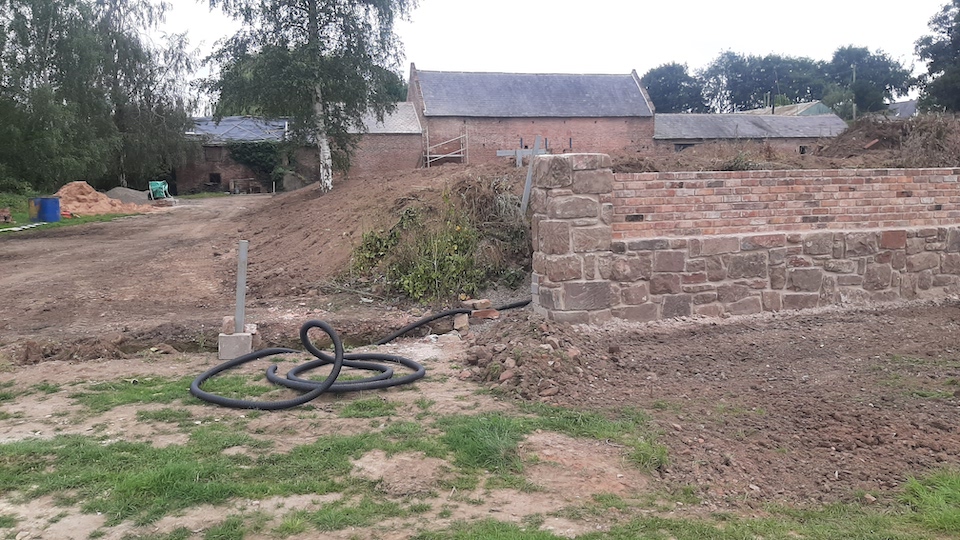 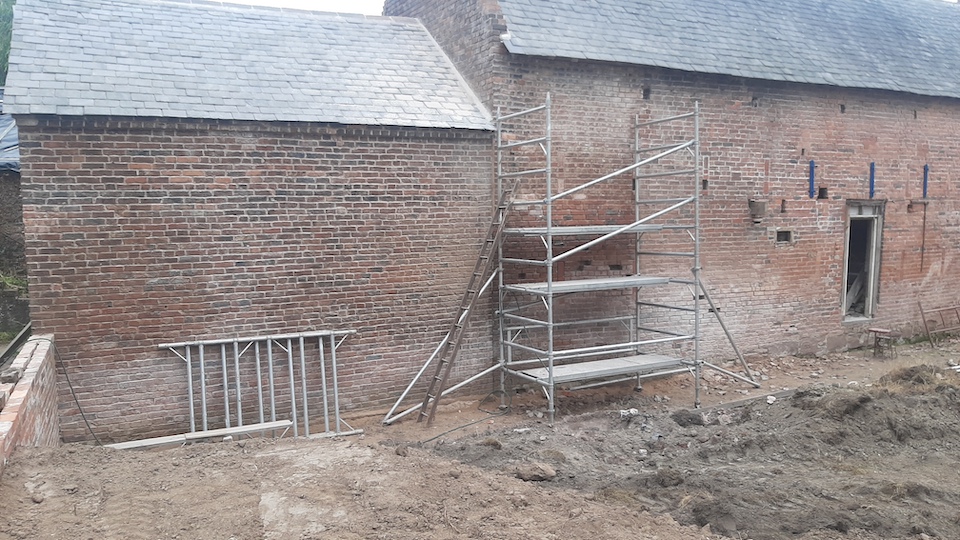