I try to encourage Joshua to get involved with bringing vegetables and fruit in from the garden and storing them up for the winter with tales of how I used to do the same with my father and mother at Butterwell Farm when I was his age. It is a battle to get him involved and ton drag him away from moronic cartoons on the goggle box. Today, so far,  I have won. He assisted with the weeding of the part of the vegetable garden where winters and Christmas vegetables are being planted today and where strawberry plants will be transferred shortly. Yesterday he was less help as I brought in an enormous spinach plant which has started sprouting and must have been three foot tall.

As you can see, the plant was cleaned, blanched and sealed in a bag for freezing. I am told it should last for up to six months. There will be many more such bags prepared and, luckily i have a second, hitherto unused, freezer from my father in law to hold the lot. What is below is easily worth a couple of meals. Incidentally, behind it is a small bottle of the Greek Hovel 2020 olive oil which we brought back in large five litre cans from Greece and which is now being decanted for use here and presents to various friends and neighbours.

The rat is called Willberry and belongs to Jaya who adores him. 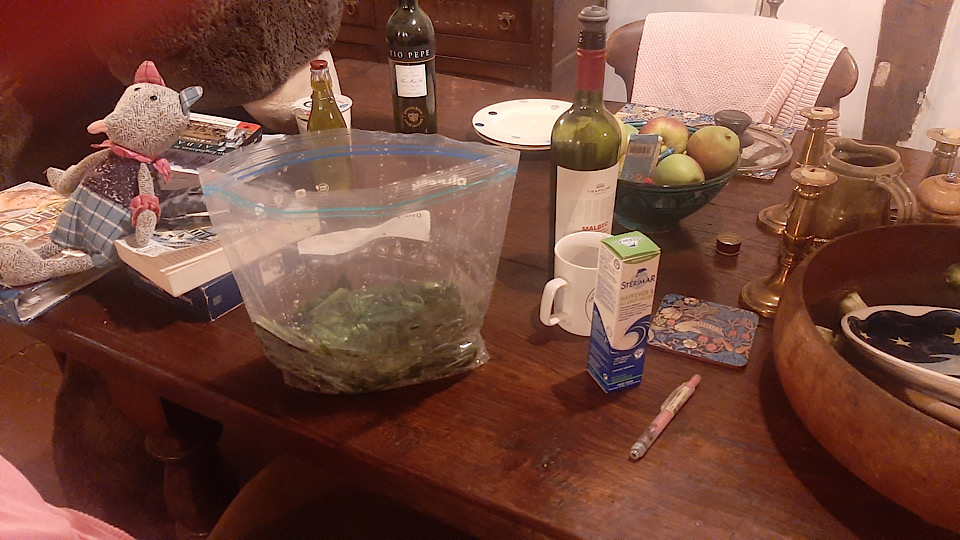 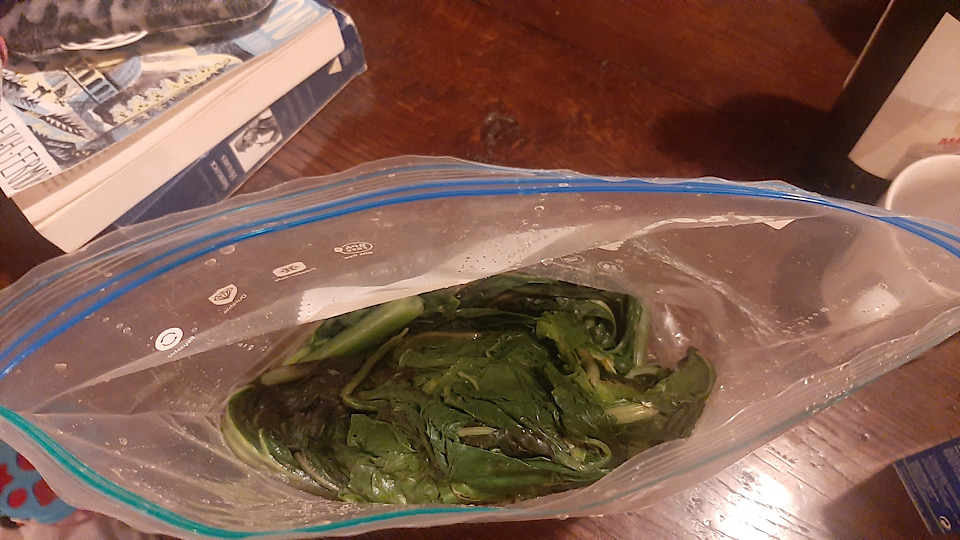