Photo article from the Welsh Hovel - the apple juice flows

I flagged up the other day that the apple harvest from the old orchard by the River Dee had been piss poor. But still what juice might it produce. As you can see below the press I bought last year was wheeled into action.

I chucked in a few cooking apples which had fallen into the vegetable garden and two or three edible apples from the new top orchard just so that I could taste them and see if they are ready to pick. They are. All were peeled and chopped and what emerged after hours and hours of adding wooden blocks from Joshua’s train set to push down the press was, as you can see, two bottles of juice.  These now sit in the increasingly full larder with two bottles from earth mother C and one from cousin A. They both cheat and use a commercial press so serve up a clear juice. Mine is cloudier but there is no cheating and, I can confirm, it tastes great.

Then what apples remained were heated up with sugar and mixed spice and put in jars in the fridge. Stewed apple lasts two weeks at most so it is porridge with stewed apple every day and next week the Mrs has promised to make apple and (last of the rhubarb) crumble. Today it is potting lavender stems in the hope that I will have new bushes to replace any that go West this winter and possibly to even expand the lavender wall; wood chopping and harvesting, wrapping in newspaper, and storing the last of the edible apples. Annd if there is time more pepper, chill and gherkin harvesting as well as possibly radish harvesting and pickling.

Yesterday evening we enjouyed the lastof the summer potatoes roasted as well as roasted radishes. I have never tasted a roasted radish before and it was amazing so that may well be a staple part of the evening supper for the rest of this week. 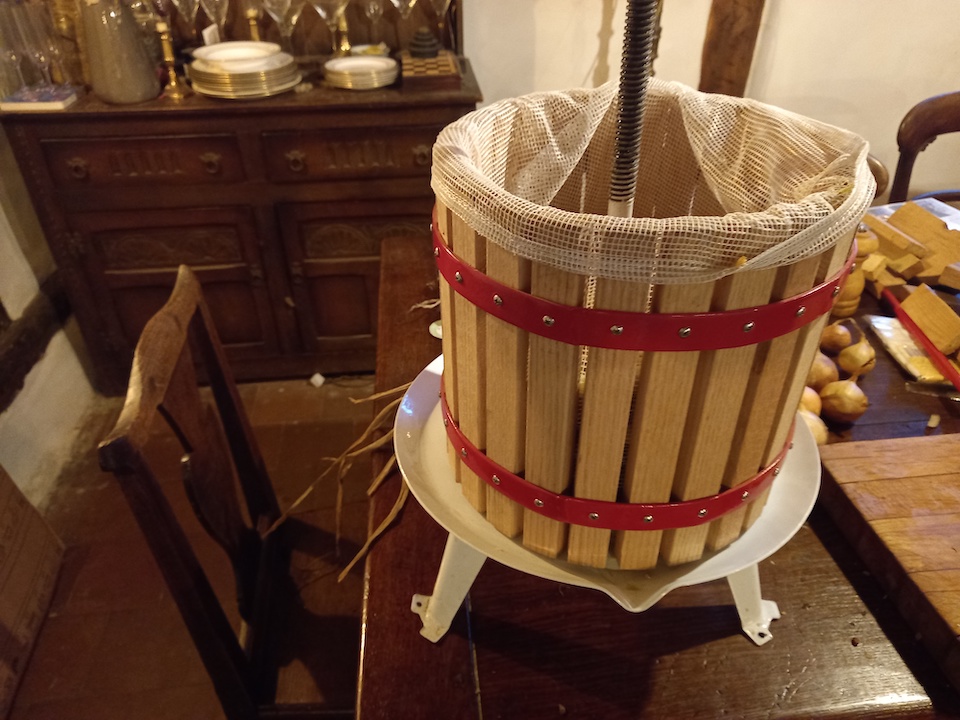 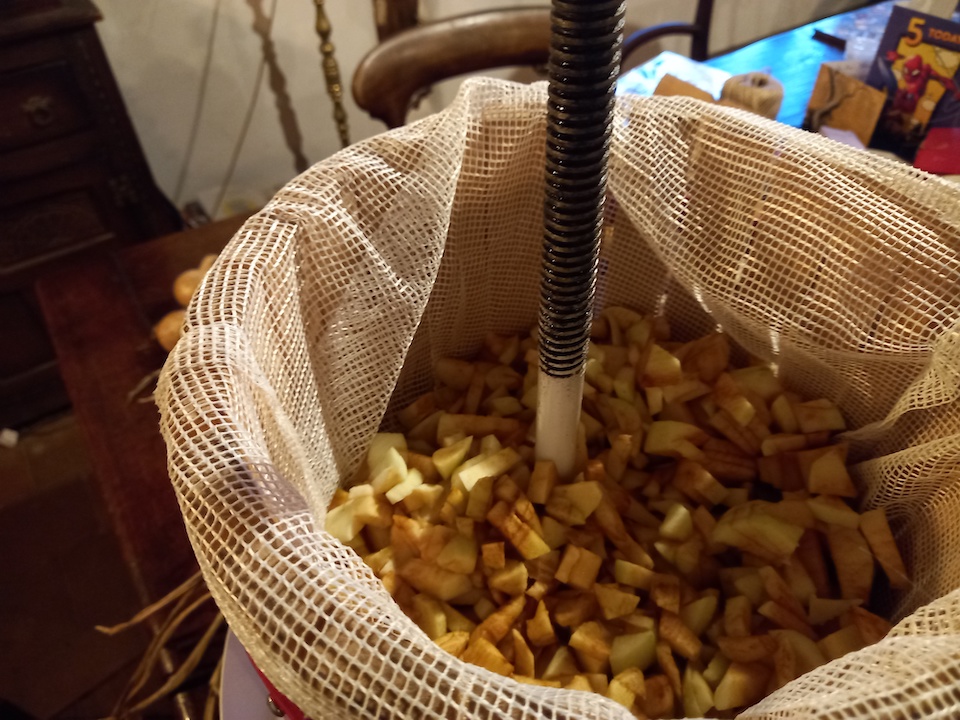 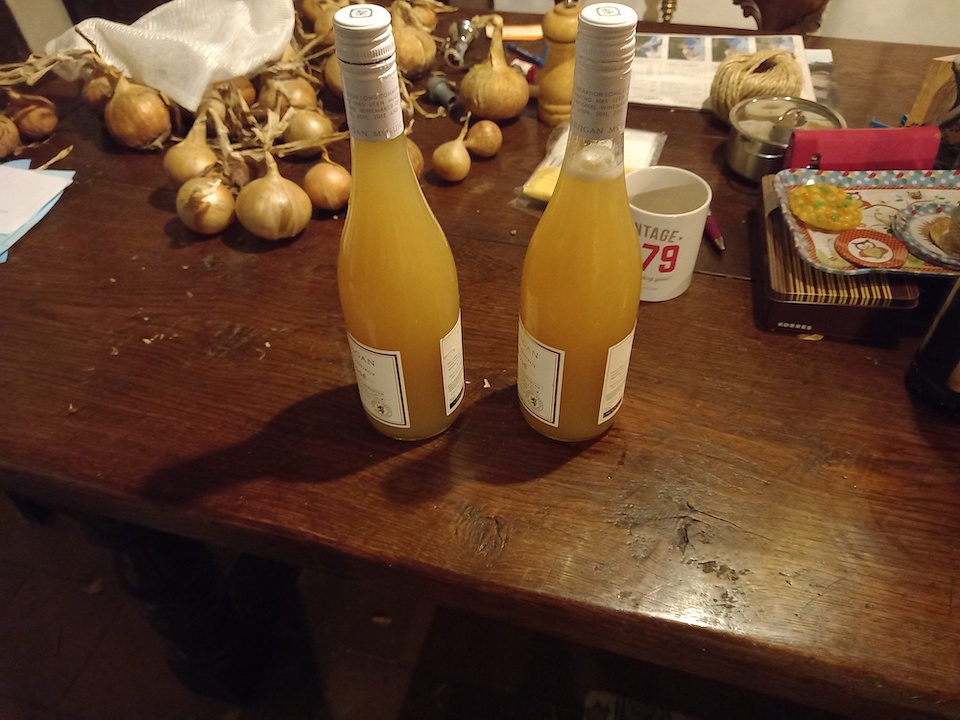