Photo article from the Welsh Hovel - apple jam, more chillies and a pumpkin for Joshua

It being half term, Joshua and I killed time at the local garden scentre buying more gooseberry bushes for reasons I shall explain later and also a pumpkin. He, the Mrs and Jayarani are away with the mother-in-law this weekend but when he returns on Halloween I shall have it carved and a pumpkin soup ready for him. The light is deceptive. It is bright orange.  Pumpkin cuisine can wait. Last night was another cooking night, as the family snored and slumbered I stayed up late, turning the last of the windfall cooking apples into jam.

As you can see below, there was a lot of peeling and the skins will go ito an ever more bulging compost pit later today. Indeed there ae plans afoot to expand the compost empire from two pits to five ahead of the arrival of the chickens next year. While my Oxford peers run the country, I wrestle with such major matters of importance. The net result was twelve and a half jars of jam, one of which has now been fobbed off on earth mother C. It is a bit more than I had planned for but now that the mother-in-law is raving about my jams, Joshua can also give her a pot at the weekend.  I wonder of Jacob Rees Mogg has ever made jam and pondered who to send his surplus jars to. I suspect that he has not.

I also unthreaded three strongs of now dried chillies to fill up two more jars. wW now have enough to last us a year but there are still two strings drying, enough chillies for three more strings awaiting threading and the plants in the garden keep on producing. Jars of dried chillies, as well as the usual Yargs, may well be among the sibling gifts this Christmas. 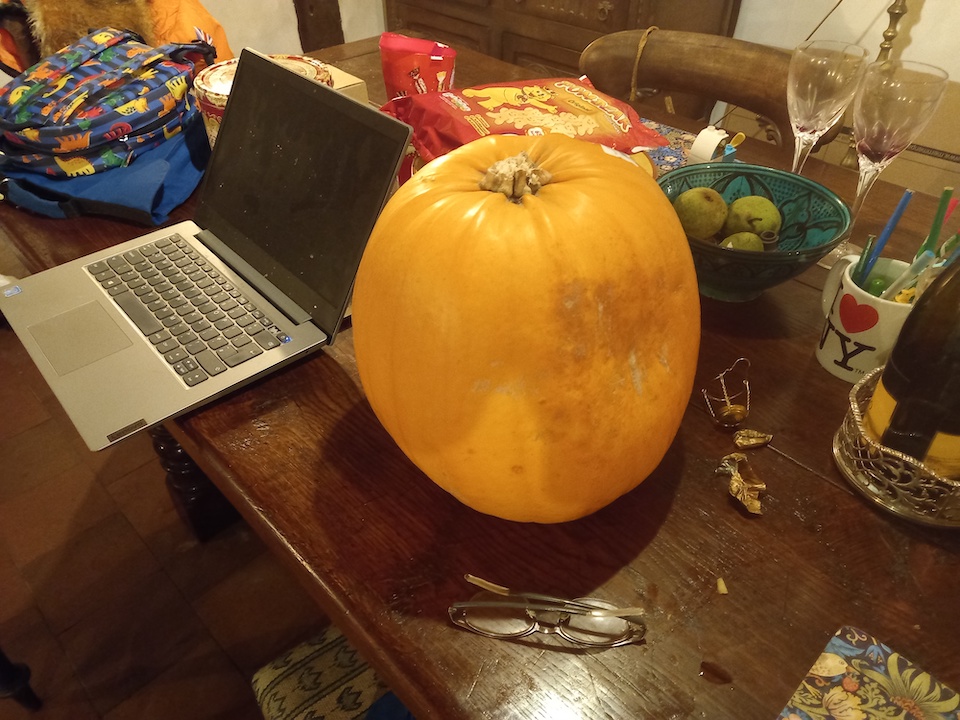 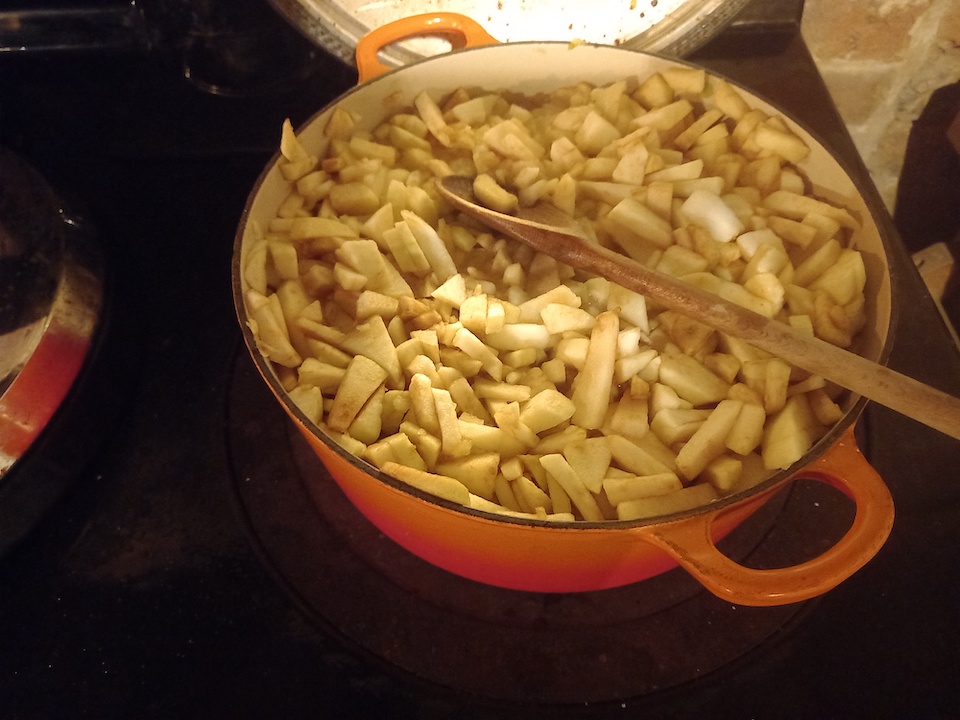 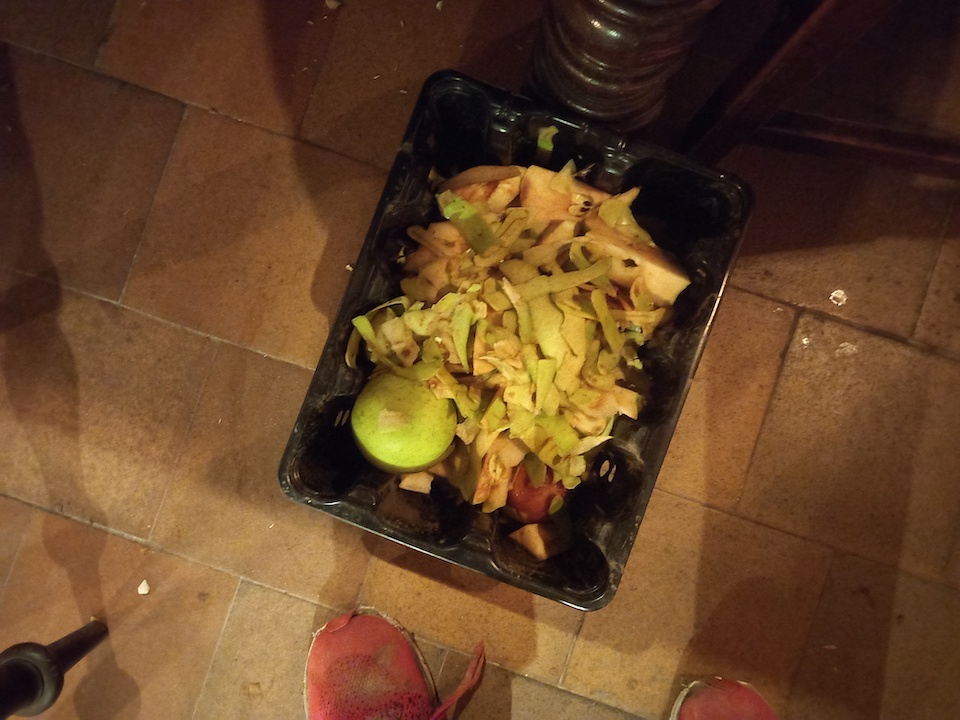 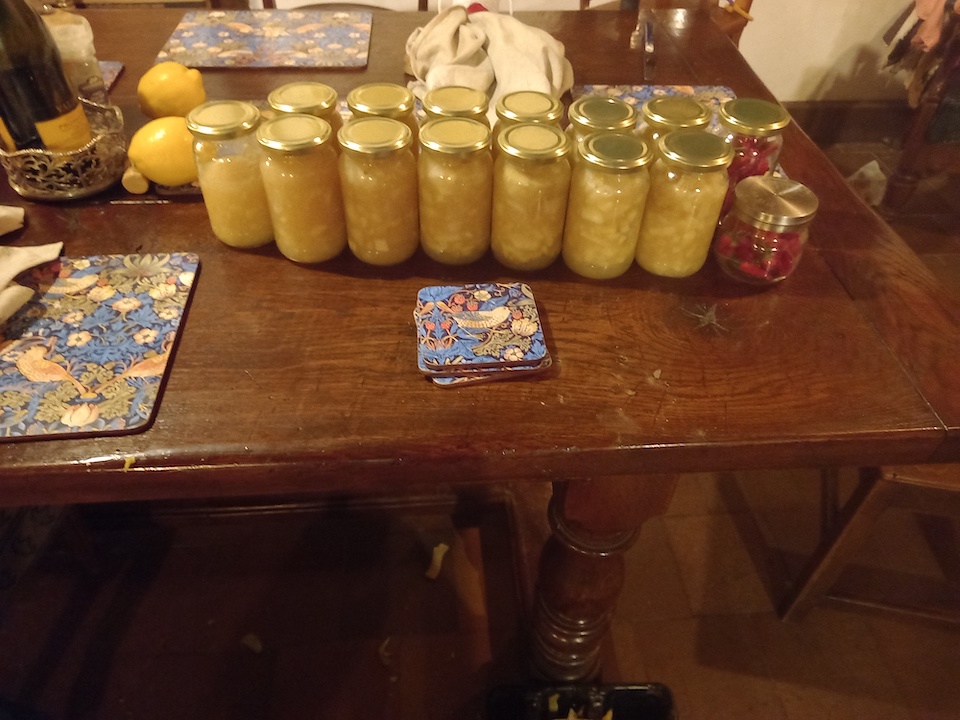