Nope it is not a suicide bomber in a car packed with explosives. Ash would view them as being a lone wolf, mentally ill or part of a Neo Nazi conspiracy. When Ash Sarkar refers to a “radicalised driver” she means someone trying to get to work to earn their daily bread, trying to get their kids to school or their cancer ridden mum to hospital who finds their road blocked by a group of middle class, invariably white, protestors and tries to haul them off the road as the Police refuse to act. As ever Ash can say what she likes on the selfish nutters in Insulate Britain or any other matter but every time she does she exposes how folks like her, rarely not appearing as an “expert” pundit on the BBC, are just so woefully out of touch with how the rest of us think. 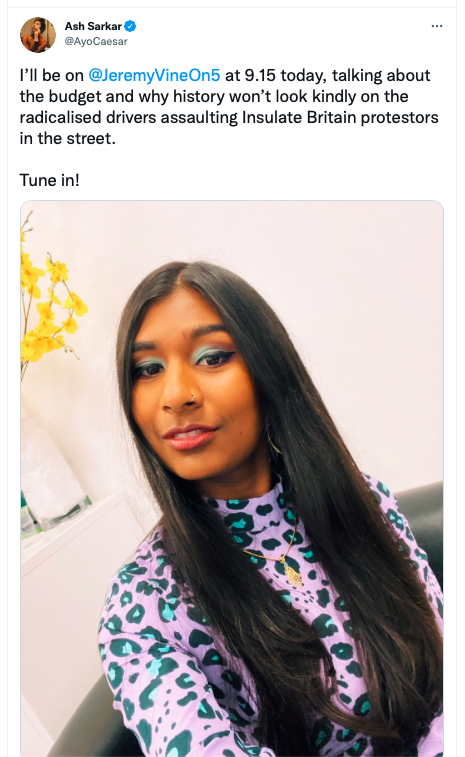