Which will be legalized first – paedophilia or bestiality? Meet Dr Allyn Walker

For the avoidance of doubt I pray that it is neither but I fear that one or both will, in some “progressive” part of the degenerate West be first normalised and finally legalized. Maybe not in my lifetime but in that of my kids I fear that it is inevitable. Meet Dr Allyn Walker who until recently was a lecturer at Old Dominion University in Virginia and likes to be referred to by the pronoun “they”.

Dr Walker, a sociology and criminology lecturer, published a book on paedophiles arguing that the term was insulting and that instead of using the ”p” word, let alone the phrase “you sick minded nonce pervert” we should instead use the term “minor attracted people” and that to assist such folk they should be given child sex dolls so they don’t go out and rape an infant.

We should all believe in free speech but there are, rightly, some limits. John Stuart Mill suggests that standing outside the Corn Exchange in a time of shortage and telling starving peasants that it is all the fault of the greedy merchants inside breaches such a limit. Incitement to violence is not something that a free speech defender would defend although I suspect that on most Marxist madrassas in the UK there is no shortage of sociology lecturers lining up to say that all the ills of the world are caused by evil capitalists who should be shown no mercy.  However, trying to normalize folks who rape kids is also something that is utterly indefensible and  you would have hoped that Old Dominion would have fired “they” on the spot. But it did not. Its pathetic statement as it placed “they” on fully paid administrative leave is below. In the end Dr Walker resigned and, citing threats, ensured that “they” could be viewed as the victim. Kids who get raped by perverts somehow legitimised by “they” are not the victim, it is poor Dr Walker.

Give it a few months and, I bet, “they” will wash up on another progressive liberal campus to push the same message.

For we are on a slippery slope. The willingness of a ”progressive” body such as ODU to allow such a creature to remain on campus is part of that slippery slope. To be fair many of those at ODU, including a vociferous LGBTQA+ society wanted Dr Walker to be fired. But whilst the college itself, which would almost certainly not have fought for the right of, say, Ann Coulter or Jordan Peterson to give a talk there, issued the pathetic statement below and refused to pull the trigger.

At some stage paedophiles and those engaging in bestiality will demand the right to be seen not as those who attack victims but as some sort of victims themselves. The start of that process is the use of language, using words which sort of “normalize” what is not normal and is wrong.

If you find the question in the title too offensive to contemplate here is another. How long will it be before Allyn Walker is once again working as a University lecturer? 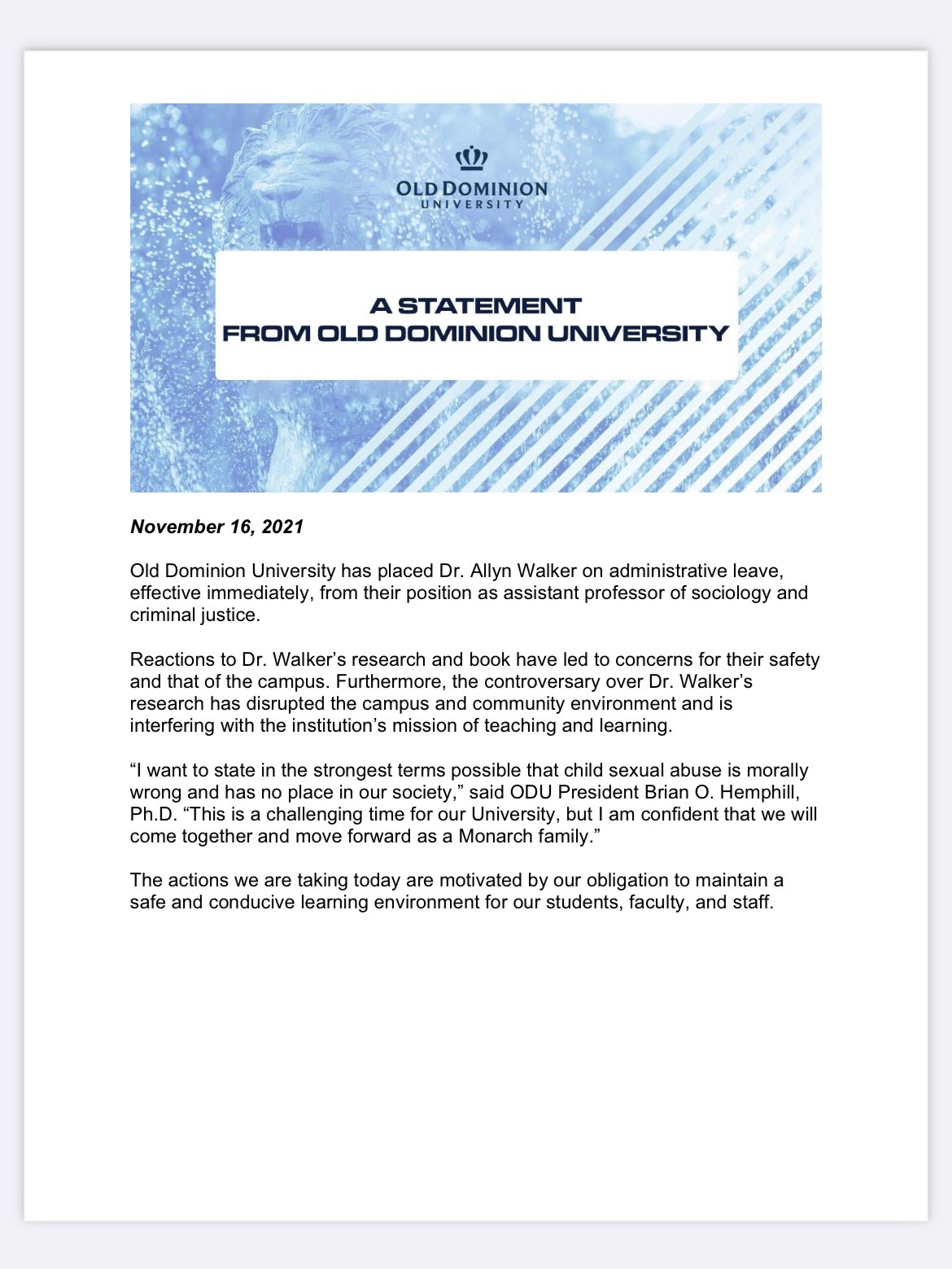 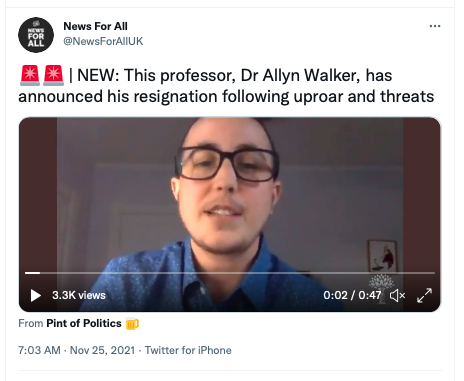