The family of the Mrs are a sober bunch, worryingly so in my view, so made a very limited dent in the hoard of booze we had accumulated ahead of their Christmas visit. Indeed it has,net net, grown thanks to the donations below.

I bought the whiskey for the Mrs as a little joke at her expense, her hate crime in refusing to gve Joshua a first name of Patrick as said that she linked that with drunken Irishmen. Being of Irish heritage I was, naturally, grossly offended by this suggest that Ireland may contain more thanits fair share of drunks. And thus, that made her comments, under UK law, a hate crime which one day I shall have to report to the North Wales rozzers. There is some hawthorn brandy in there from sister L and some damson gin from neighbours N&B. The other yellow liquid is a German apple vodka, which sounds like the sort of thing that Olaf might well drink by the pint to quench her famous thirst.

I still have four or five flavoured gins and vodkas in the larder to decant and bottle. Surely even Olaf might struggle with gherkin vodka. Or maybe not? 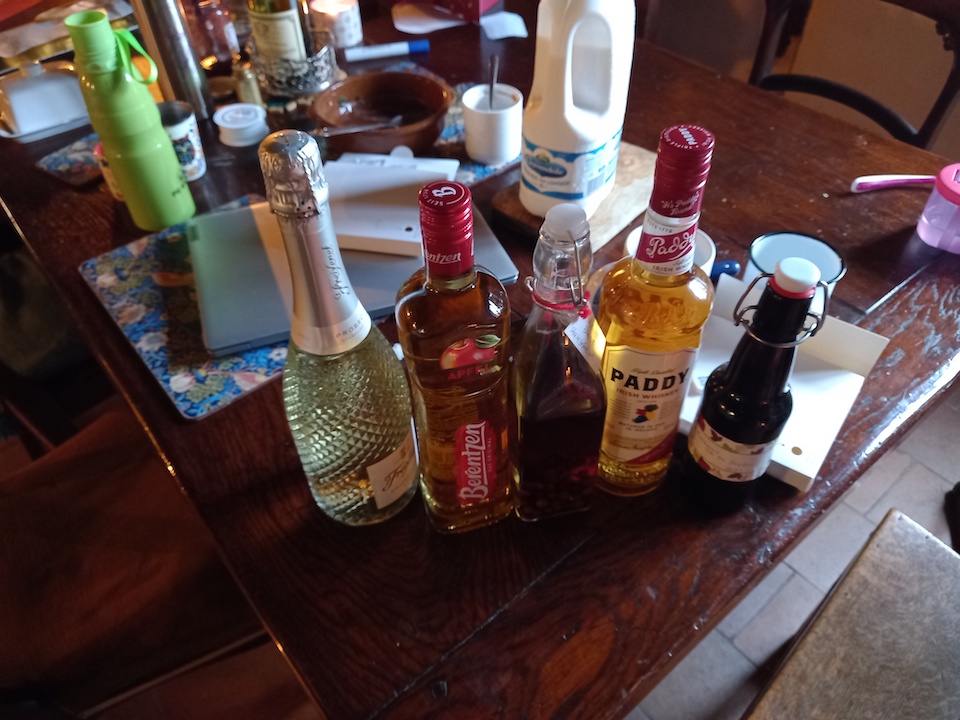