What war does the Guardian think started 40 years ago this weekend?

Of course, you and I know the answer.  Forty years ago, at the instigation of a fascist military dictatorship, the Argies invaded a group of Islands that had never been under the control of their country, and where the folks all wanted to be British. That was the start of the Falklands war, where Lady Thatcher led Britain to victory. Frankly, they should be erecting statues of the blessed Margaret in Argentina, as that defeat led to the demise of the fascist military dictatorship.

But while folks at The Guardian would agree the people of Ukraine, and most places on earth, deserve the right of self-determination, for the Sheep shaggers of the Falkland Islands, there should be no such right. Nor should history play any part in deciding who owns the islands.  Instead, the wretched Grauniad refers to “The Malvinas war”, as if the losers in this particular conflict get, on the basis of no historical facts at all, to win naming rights and to rewrite history.

I hope I live long enough to see this wretched publication, with its ever-declining readership, go bust. 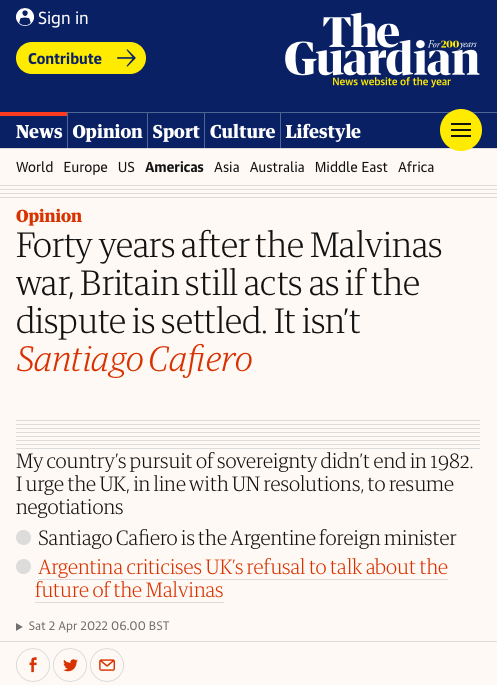