The hatred many feel for Israel easily spills into anti-semitism. And that hatred is fuelled by certain sections of the MSM, notably the BBC and its sister publication, The Guardian, and the way they report on events in the Jewish state. Earlier this week, another gunman opened fire in Tel Aviv, targeting a crowd of civilians just because they were Jews.  Three died, although, as news came through, the figure stood at two. Below, I bring you the first Guardian headline and then, after howls of protest, its amended version.  The question should be of the folks responsible for the initial headline.

Is the lead story here that Israeli soldiers killed a Palestinian (in the headline, not linked to the killing spree)?  Read merely the headline, and you may think those bastard Jews had attacked a complete innocent.

What actually happened is as follows: a race-driven murderer went on a shooting spree; only after he was shot dead by security forces did the situation come under control.  Had those evil Israelis not acted thus, the death toll would have been even higher.

And do not say that they were killed for being Israeli (not that this should legitimise such evil in any way). There are many Christian, Druze and other Muslim Israelis, but this killer targeted, as is always the case, Jews.

The inability of the Guardian and the BBC, whose online headline was almost as bad, to report fairly on events in Israel only incites hatred against it, and, by implication, Jews. What a vile publication. 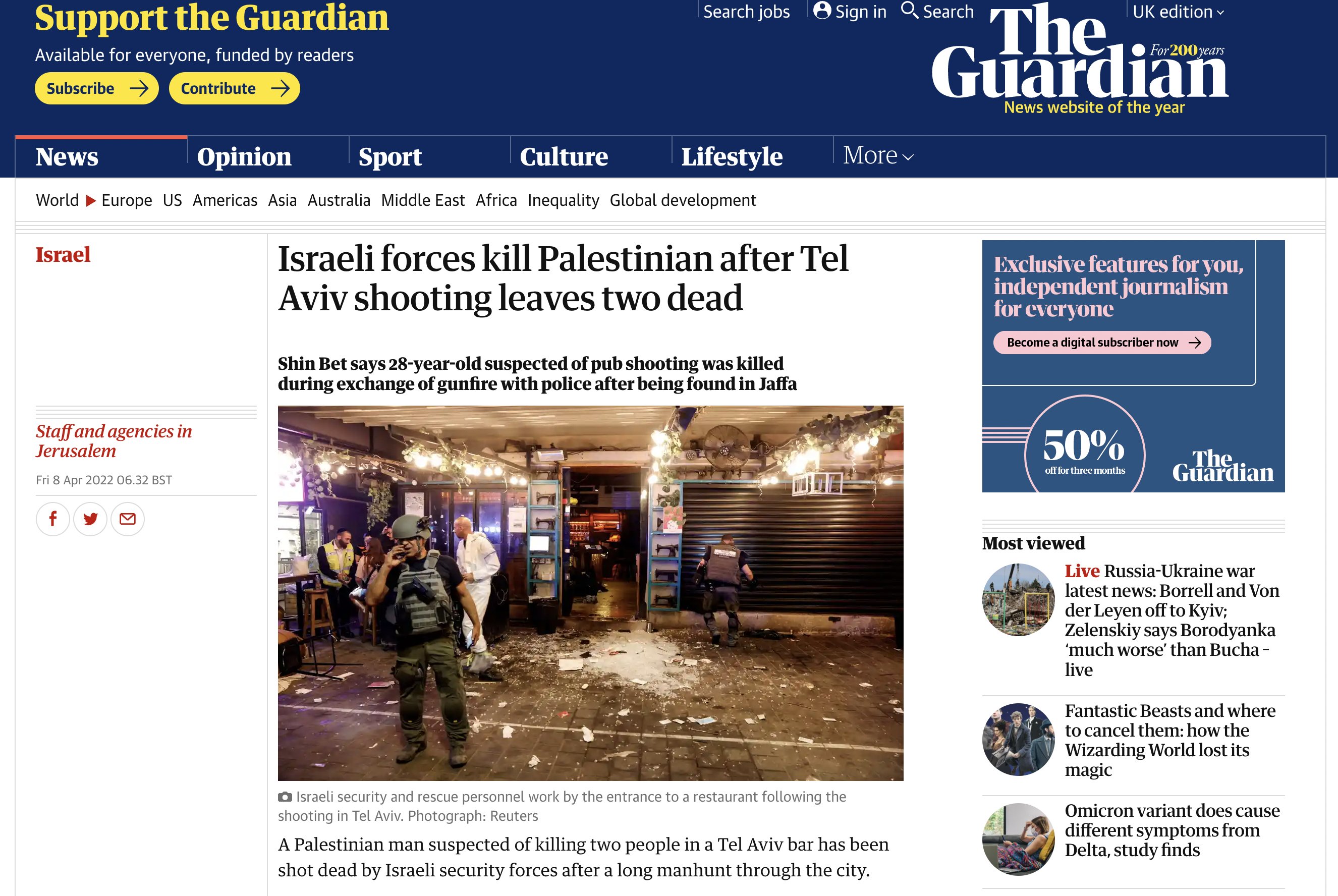 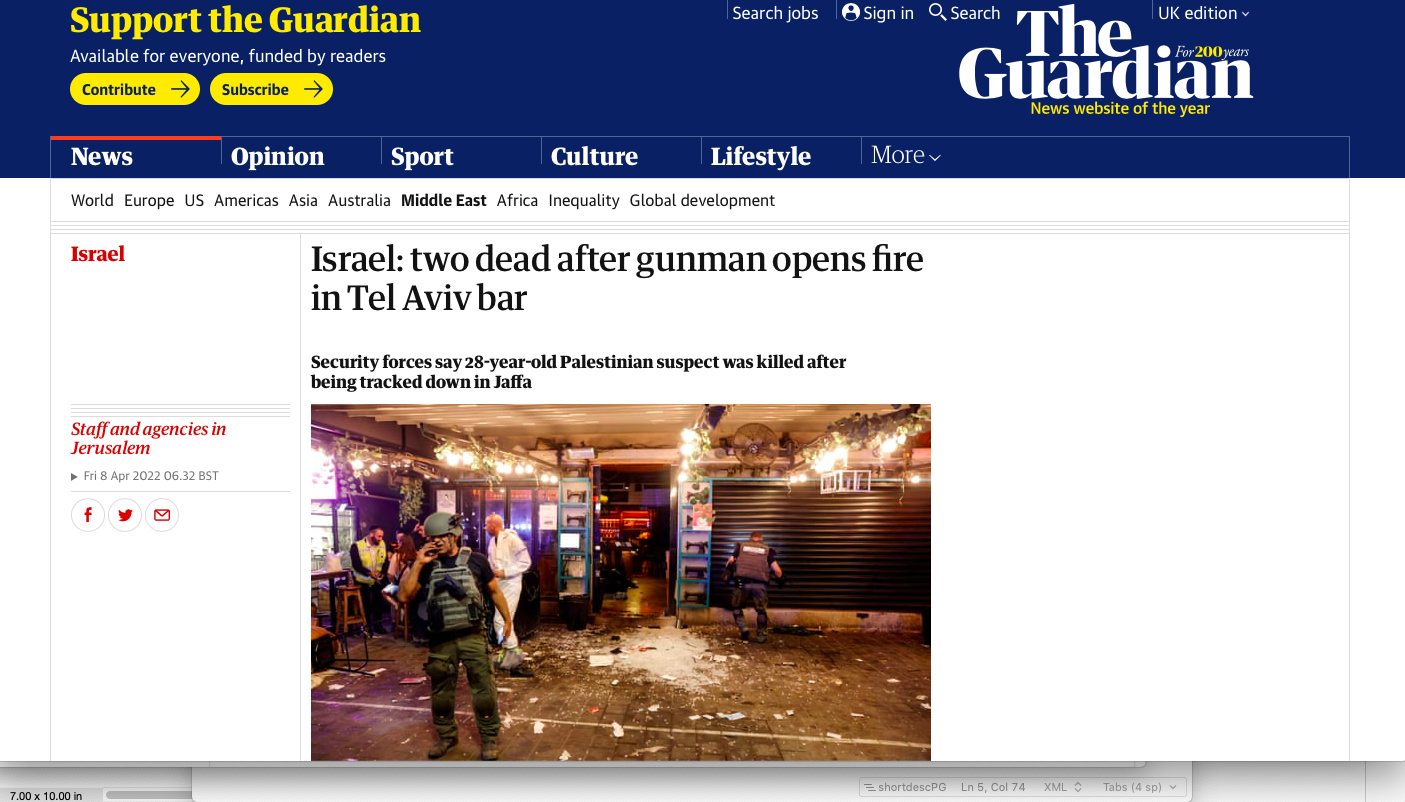