“When are we going to get to my Greek House”, whined Joshua once again. I shouldn’t blame the little fellow, as it had been a long journey through the night from North Wales via Gatwick. But we were now in the hire car, heading towards Kambos. Just one stop in Kambos, I said, and then to the Hovel. Joshua groaned. But this stop was one I would not pass up.

I pulled up at the garage and walked a few yards into one of the two hardware stores, asking if they had any herpotex. “Yes,” said the man, before confessing he could not remember where. After a long hunt among a pile of cardboard boxes, stacked in a random fashion on a high shelf, he held up one canister and smiled. I bought three and, as soon as we arrived at the hovel, unpacked them, stuck a screw into the top and inserted the red slow-release button.  If you stick your nose next to the top, you can just sense a foul odour.

But snakes have a great sense of smell and, with these canisters placed a few yards from two corners of the house and one by the pool, as a third corner, they should stay away. That is the theory, but it makes me feel safer having the canisters here. Actually, the loud noises we make should be an even greater deterrent, and I have already spotted the black and white cat I first gave milk to as a kitten, seven years ago. She is on the prowl around the hovel, looking after it for me, and, one assumes, hungry for snakes as supper beckons.

So, I now have a belt, braces and another belt but still look carefully for snakes wherever I walk. 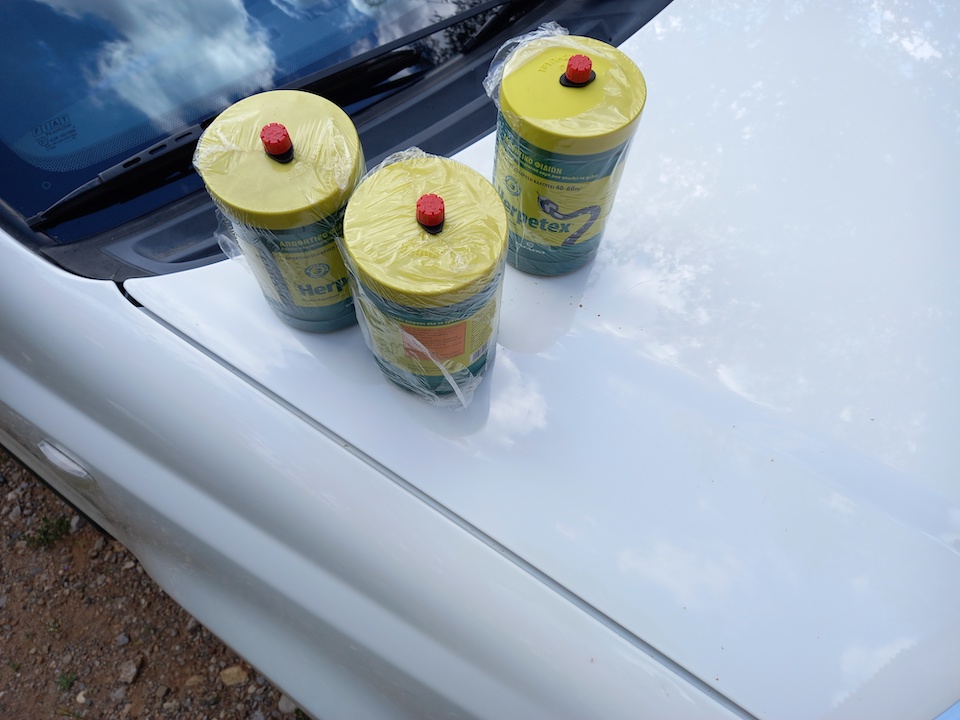