Photo article from the Welsh Hovel - thinking of my grandfather, as I survey the garden with pride

I have happy memories of childhood visits to my grandparents, in Appledore on Romney Marsh. One of those was in “helping” grandpa, Sir John Winnifrith, with his garden – of which he was immensely proud. Big nets kept the birds away from an incredibly ordered and productive vegetable patch, which he tended carefully, keeping the weeds and slugs at bay.

As you may recall my grandfather was a Bennite socialist and was also proud of his working class heritage, albeit one dulled by two generations of public school and Oxford.  And so in a rather Orwellian way, toiling at the soil or in his woodshed splitting logs, tied in with this rather romantic and unrealistic way of thinking of the nobility of manual labour. After a spot of manual labour I try to suggest this to the Mrs in the hopee that she will come over a bit Lady Chatterley. But though she is a champagne socialist, she is also just a townie so rather than getting amorous she ticks me off for bringing muddy boots into the house and for having dirty hands.

Anyhow, I think of Grandpa as I survey the football pitch sized area that was once the jungle. Thee first photo looks up the slope from the bottom of the garden. On the left neat rows of strawberries are starting to yield fruit.  There are thriving broad beans, garlic, carrots, tomatoes, leeks, cabbage (red and green) and sprouts, marrows, chillies and shallotts and two plantings of potatoes.  To the right are 60 fruit bushes of all sorts which I shall start netting up this week.

In the second and third photos are “Joshua’s beds“which he ignores completely. Thee first one is pumpkins, courgettes, three rows of peppers and chillies and some radishes. The second is lettuces, more radishes, three more chilli plants and the first spring onions.

This morning I try to light a bonfire to burn the weeds from the top half of the vegetable patch up to the rhubarb, which I am now clearing. For the third time a neighbour has called saying I am creating the wrong sort of smoke.  Thee Mrs kept the phone on as I used my best French saying how bloody unfair this was. I have already stopped this bonfire twice thanks to neighbourly interventions. FFS Can’t you just close your windows for an hour or two? I bloody well despair. 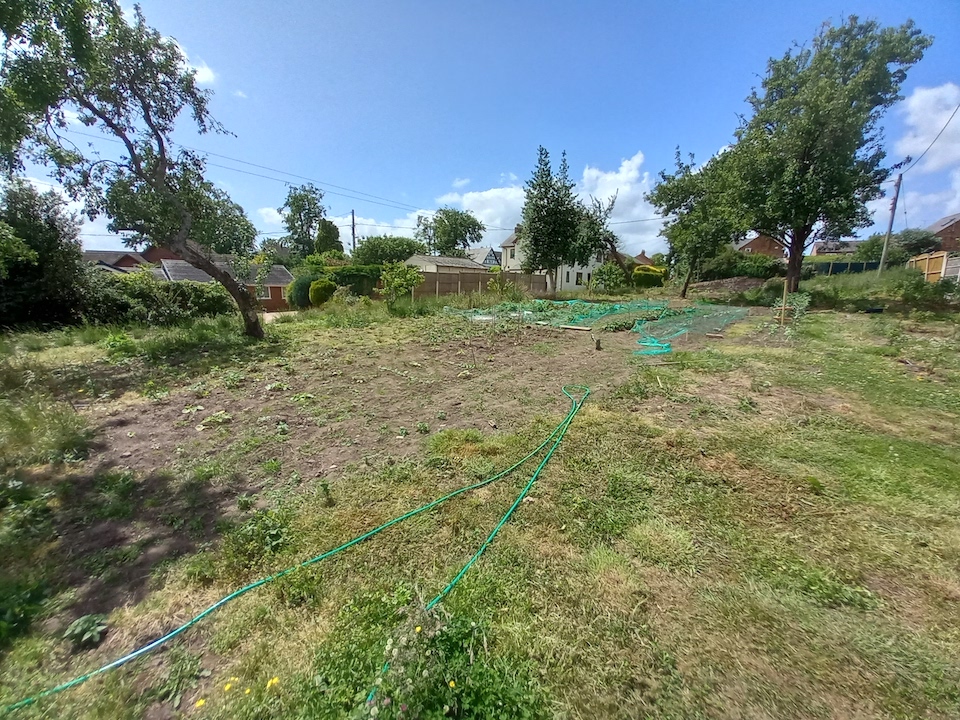 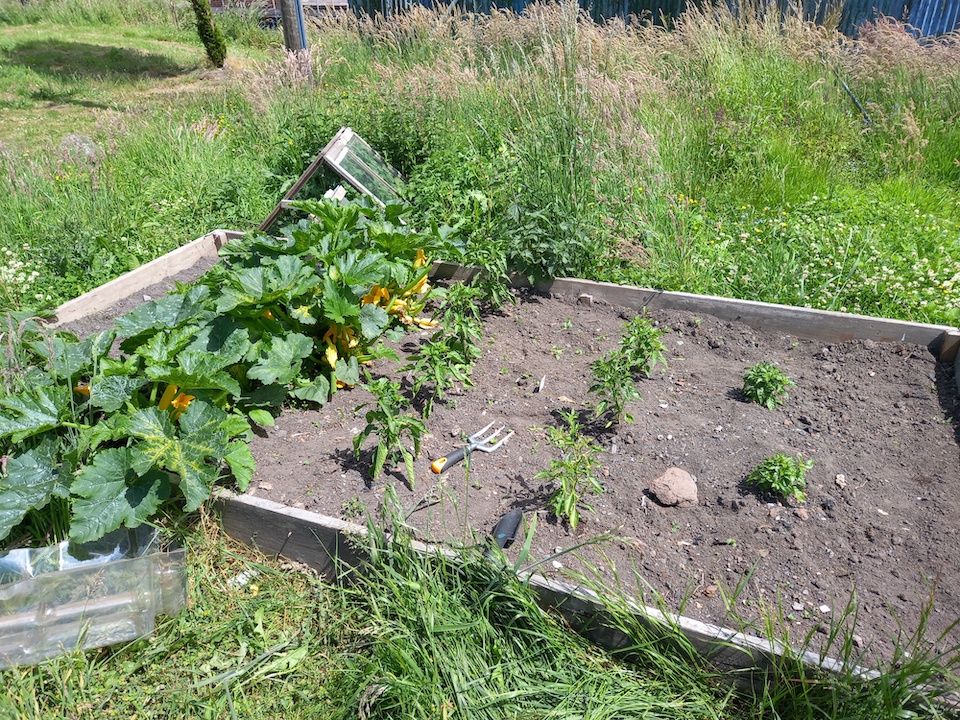 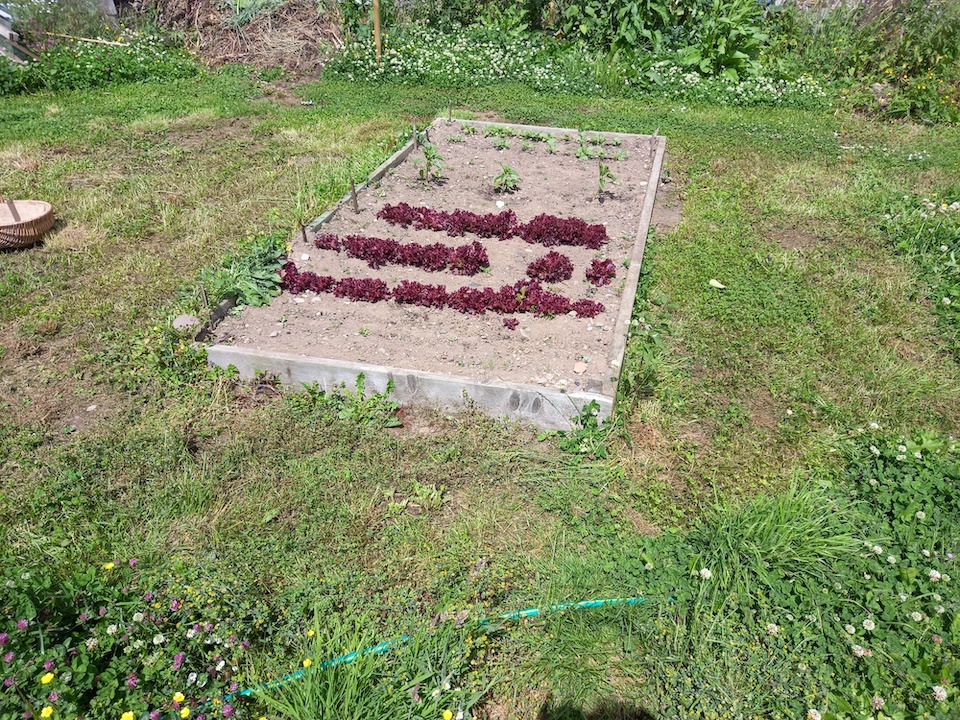