Once upon a time Stonewall was a great charity fighting the good fight for equality for the LGB community. But that battle is now won. So in order to justify the fat cat salaries its staffers enjoy it needs to find new battles and, I am afraid to say, that seems to mean bad ones. The tweet below can only be described as child abuse.

My  19 month old daughter Jaya is still in nappies. She speaks more and more words in Welsh and English but cannot string a sentence together. The idea that in a few montrhs time she can voice her concerns that she may want to be a boy and thus be treated accordingly is just rubbish. It is pure balderdash and anyone treating a 2 year old as a trans kid is a child abuser. This is part of the sad end of Stonewall. 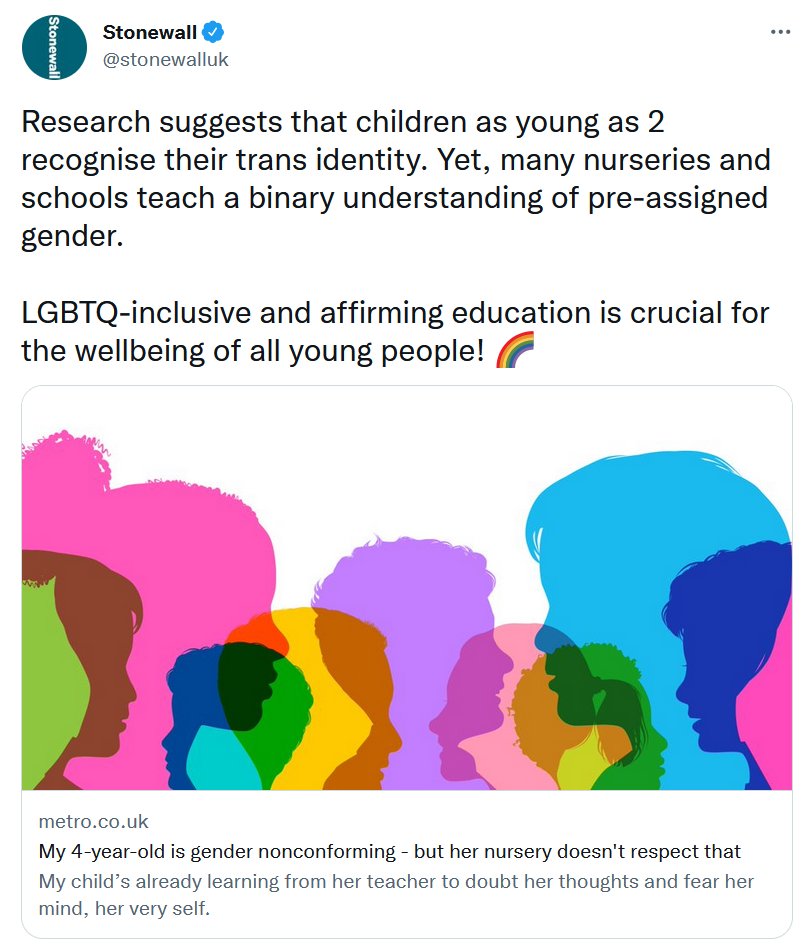