I do not want you thinking that all my tomatoes are green. We have been enjoying tomatoes that are ripe and red and orange (depending on the plant) for five weeks and as you can see in the top photo below have enough to be storing some in Greek Hovel olive oil for use later this autumn. But I would be lying if I did not fess that the 20 or so plants I have grown this year – some from seed others donated as small plants by friends – are not now bursting with green tomatoes. Not more chutney, surely, is there another way?

There is a recipe I have stumbled on for a salsa style sauce you can make and preserve in jars and that will be made up later in the week. However I have also stumbled on a recipe for fried green tomatoes. You think that Fried Green Tomatoes is just a film starring Kathy Bates but it is a real recipe and it was a triumph. The Mrs says it is the second greatest triumph of the summer after numerous stuffed marrows. We enjoyed the last stuffed marrow of the year yesterday too as you can see at the bottom of this page. But, eaten with soured cream, I rank the fried green tomatoes as the triumph of 2022.

Sliced into 1/8 inch strips, you salt the slices up, roll in a flour and creole dust mix, then dip in egg and milk, then roll again in corn flour and breadcrumb mix then fry. They were just amazing. One can freeze green tomatoes in 1/8 strips and preserve them all winter. I can’t see many of the green tomatoes on the plants ripening much in the coming weeks and thus this weekend Joshua and I will start harvesting and freezing on an industrial scale.

Folks think that chutney is the only use for green tomatoes. How wrong they are! 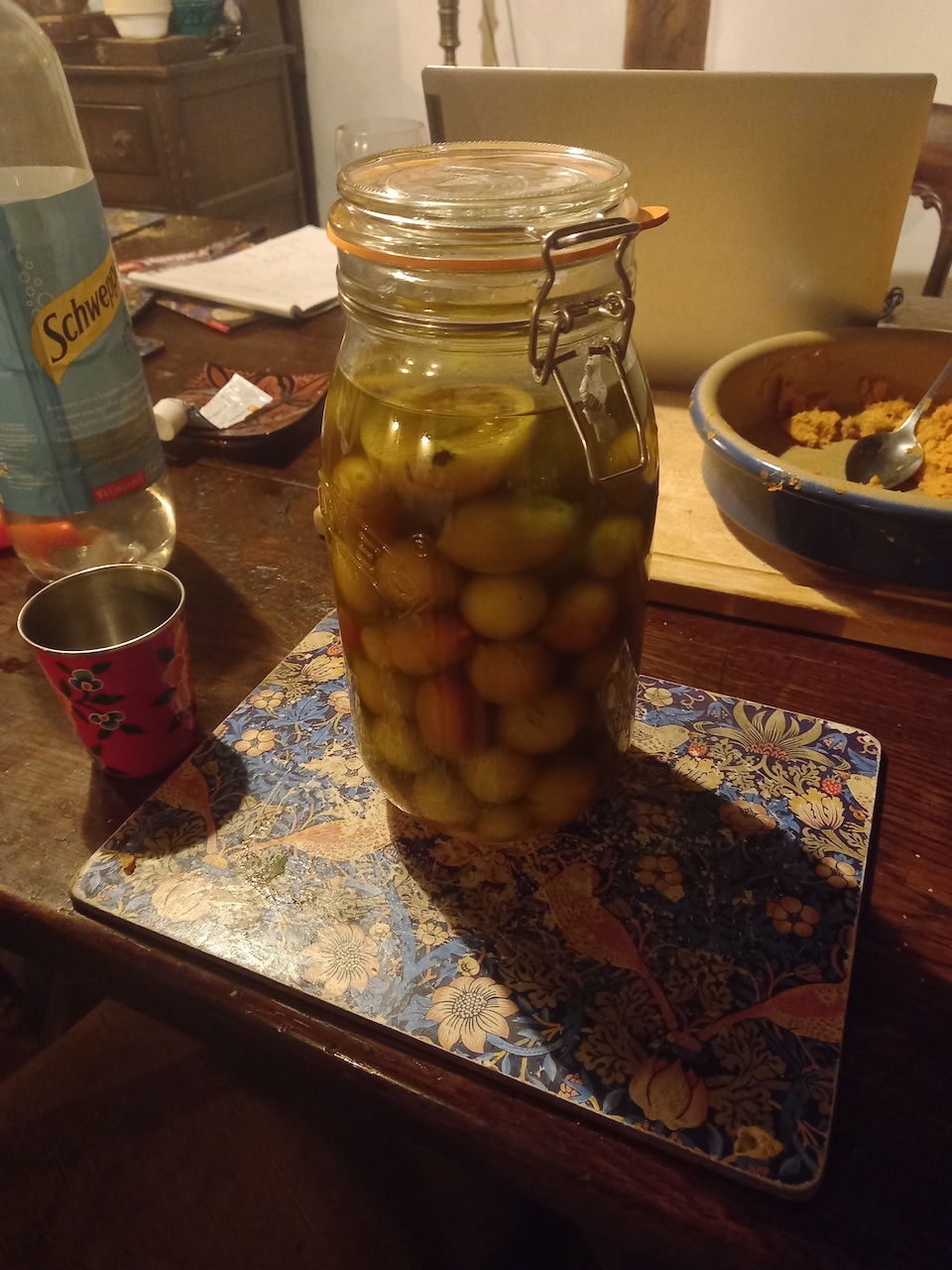 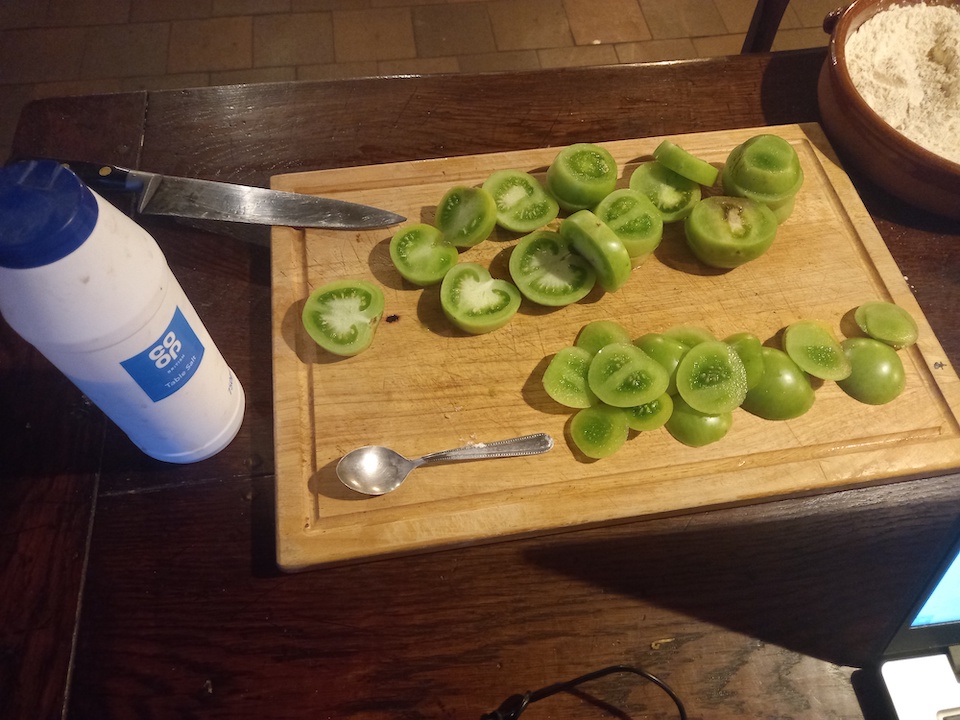 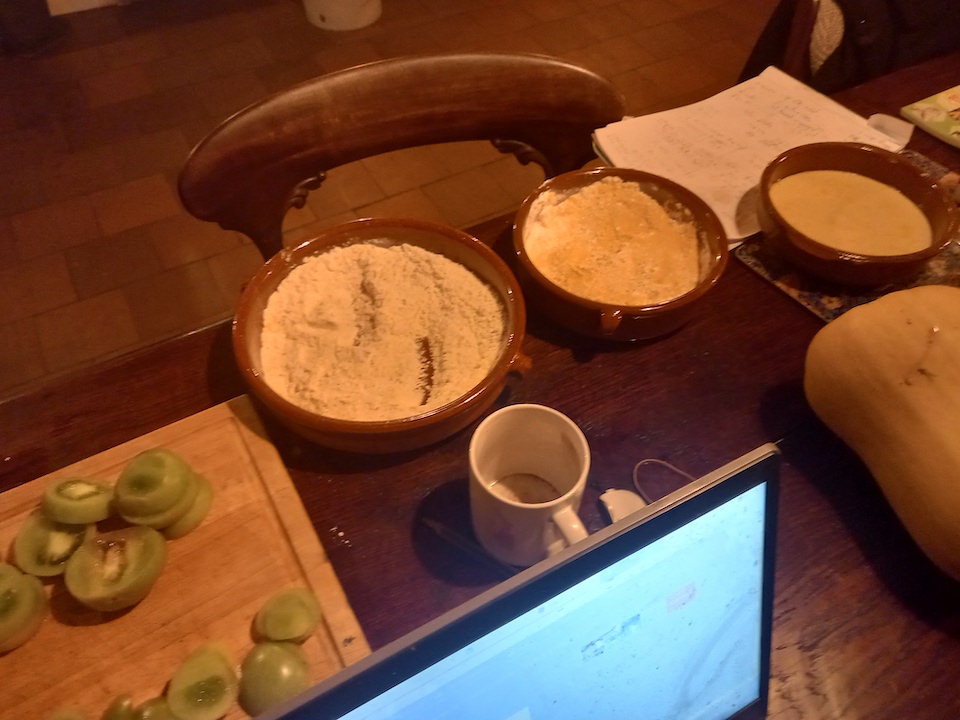 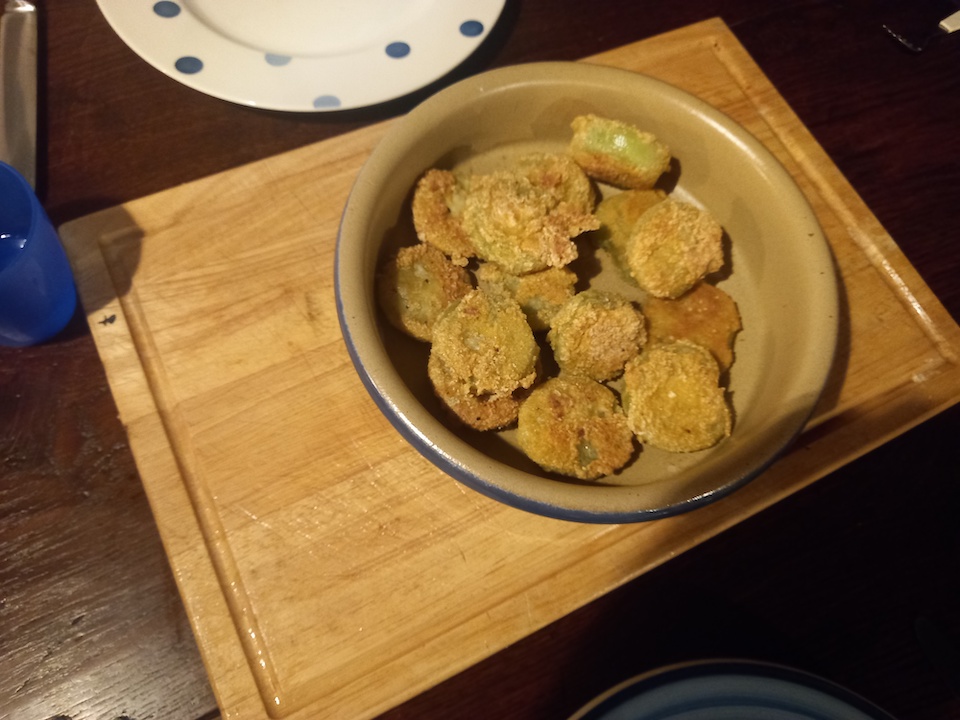 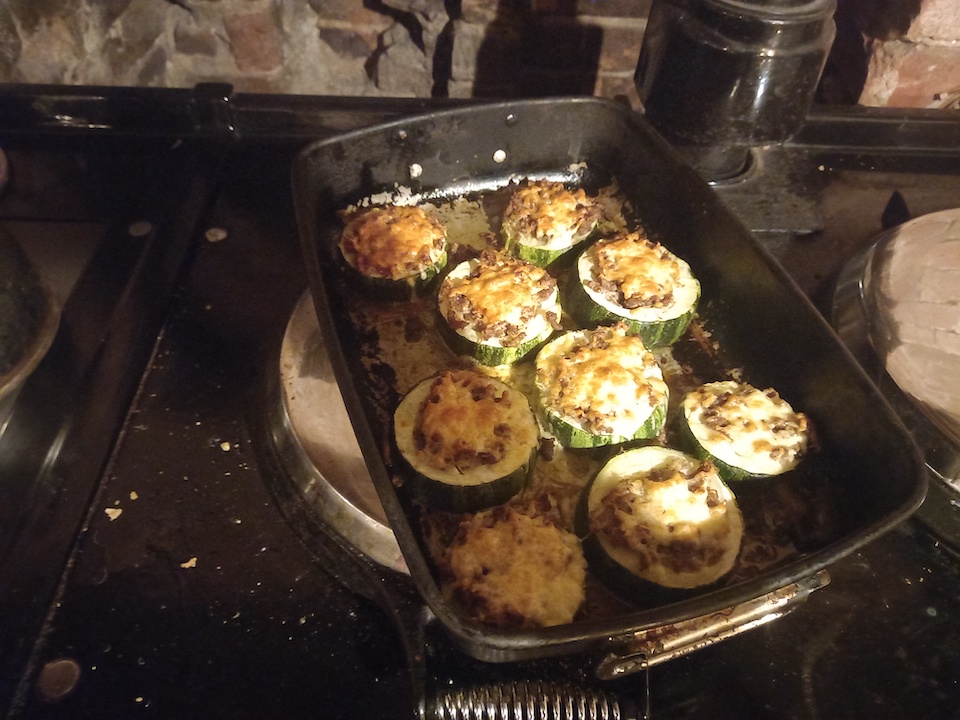