I explained the other day why Northern Ireland does not have a Catholic majority or a majority who want a United Ireland, whatever the BBC and the rest of the media GroupThink might tell you. The key “swing votes” are those who identify as Northern Irish, largely of a Protestant background but now saying they have no faith, folks we might term Garden Centre Unionists. And this brings us to Bobby Sands.

Those singing “Up the Ra” in Eire and thinking nothing of it are taught that Bobby Sands was a man who gave his life as a freedom fighter. You can see in the tweet below, the beatification of Sands among those advocating a united Ireland. The truth is that Sands gave his life, in the hunger strikes at the Maze Prison not as a statement about a United Ireland but as a follow on to the dirty protest (smearing your own shit on the wall of your cell). This was a campaign by IRA members at the Maze to be treated as political prisoners, to be treated differently to “ordinary decent criminals.” During his own hunger strike Sands was elected to the Westminster parliament in a by-election.

Why was Sands in the Maze in the first place? This is why he should be seen as a villain of history not a martyr. Sands was convicted for his role in the bombing of the Balmoral furniture store. That bombing saw four civilians killed. There was no military target it is just that most Balmoral customers were Protestants. This was ethnic cleansing and among the four who were ethnically cleansed by that bomb were two babies. Yes, Bobby Sands blew up babies for being Protestant and for that he should be seen as an evil man whose soul burns in hell.  There is no denial by those who laid sands of his role at Balmoral and no condemnation for the killing of those poor babies.

The worship of Sands, the singing of that song is increasingly accepted, or at least not condemned in “New Ireland.”  where IRA/Sinn Fein is now the largest political party. Why on earth would the garden centre Unionists want to be part of such a hateful and toxic Country? 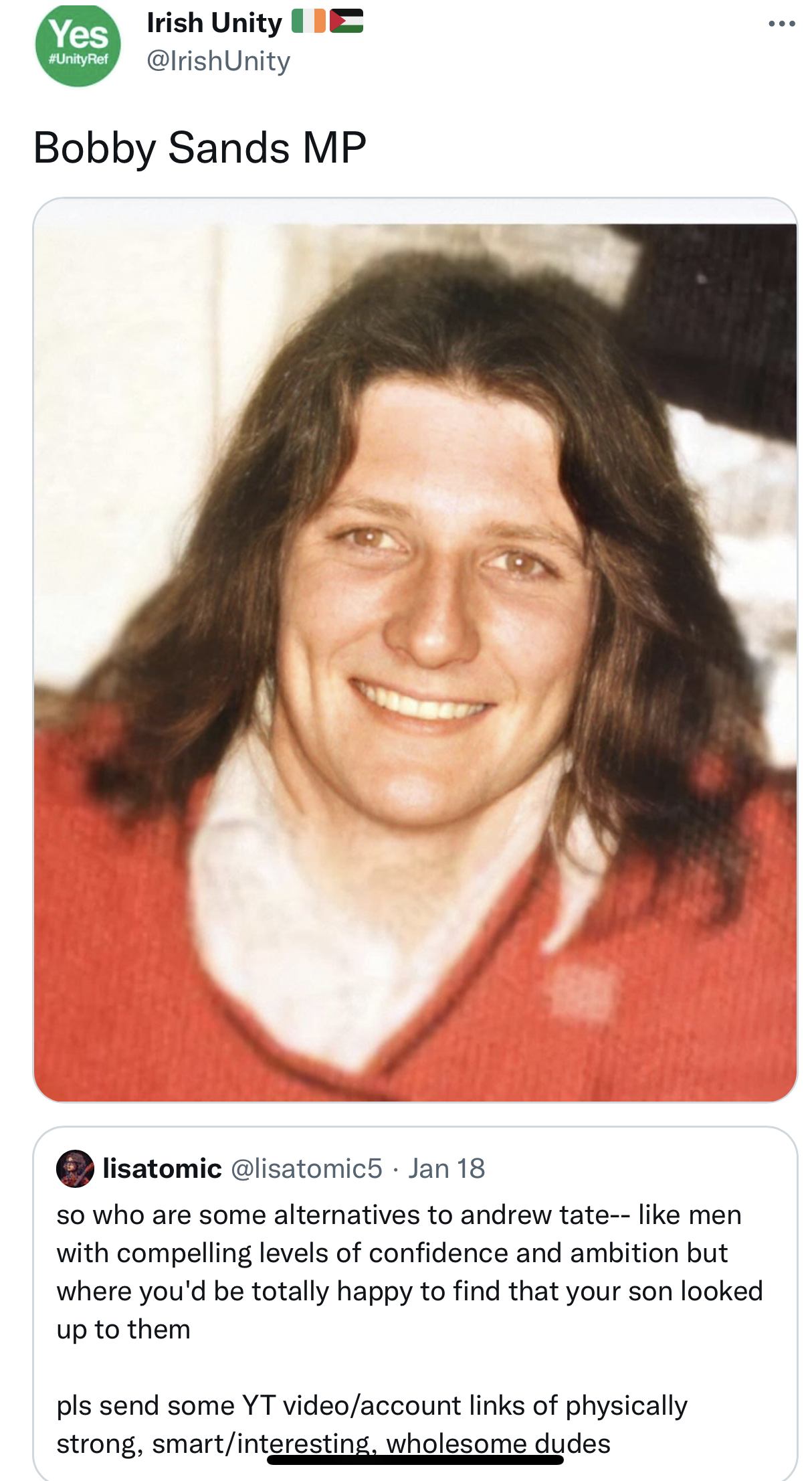