It is a National Holiday in Greece. So instead of 25% of the shops being closed (because they are bust) 100% are not open for business. And those hard working Greeks elsewhere are also having a day off. This is not Independence Day as it is in India but a holiday celebrating the anniversary of the ascension of the Virgin Mary to heaven. As a protestant I am not really up on this Virgin Mary stuff but given how hard everyone in Greece toils I am sure that they need a day off.

Last night I enjoyed supper with an Anglo Greek couple and we discussed, among other things, the price of milk and the logistics of moving house here. They are related and do not switch off – this place is crackers.

In Greece you can buy a Lorry or a Van like anywhere else. But to operate it you need a license which costs an absolute bomb. And the cost of that license is passed on via transport costs which are the highest in Europe. And so that is why milk costs 75% more here than it does in the UK. In terms of moving house, what you can fit in a car is okay. You could rent a van. But it is illegal to move furniture in that van (unless you have a license which costs an absolute bomb). And so you must hire in a removals firm which will charge an utter bomb to get back the cost of its license.

What Greece needs is a sharp fall in all prices so that it is competitive and also labour market mobility (so folks can move house to find a job). But a system established to protect vested interests stops all that. Solving Greece’s problems is not just about firing stacks of civil servants, there are vast structures which block free markets operating as they should that need to be dismantled. Is there the will? I doubt it.

Free markets can operate in Greece. I was woken very early on Monday morning but the sound of lots of Greeks yammering loudly in the street below. Peering out of my window this is the scene I witnessed. 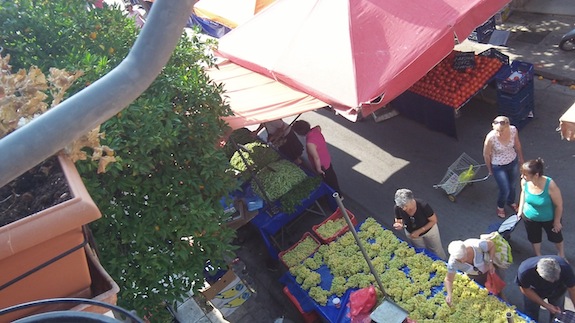 Of course this is the cash economy. One wonders how much the taxman sees but the whole street for several blocks was packed with farmers selling their produce. With its sun and good soil Greece is actually very fertile.

I bring you below a few shots I took which may not convey the size of what was on offer but the peaches, tomatoes, aubergines, peppers, beans and melons ( for the sake of my Google ranking we have some more big melons on display) is just a notch above what you see in Tesco. The peaches are the size of croquet balls not cricket balls and taste fantastic. This is not some sort of GM Monsanto nightmare it is just what Greece can produce. Another reason to love the place. 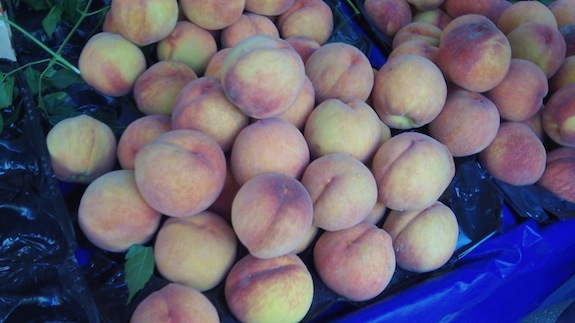 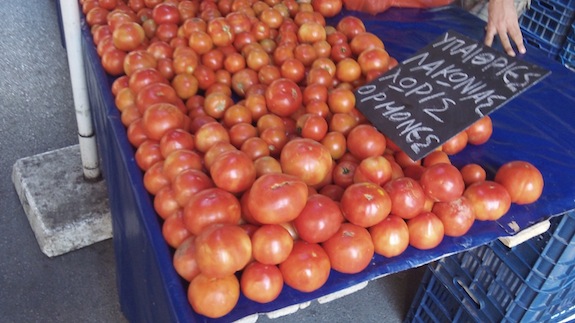 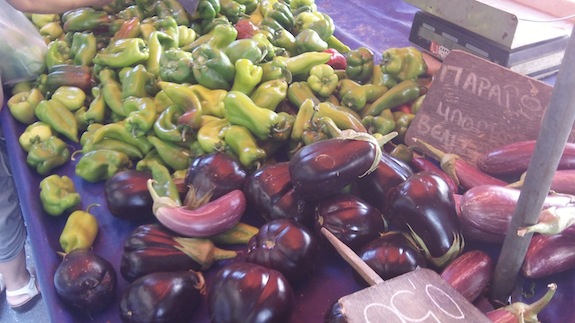 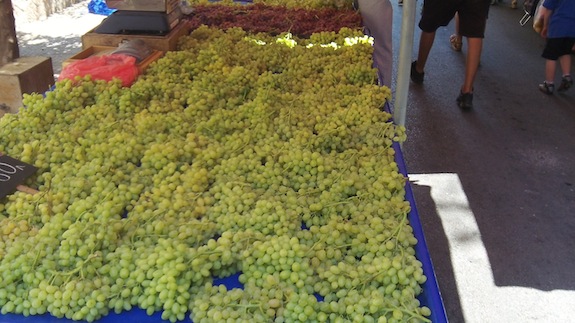 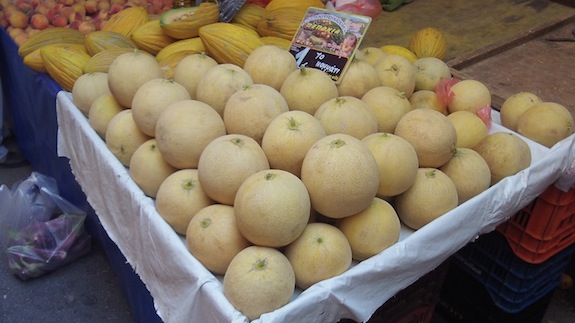