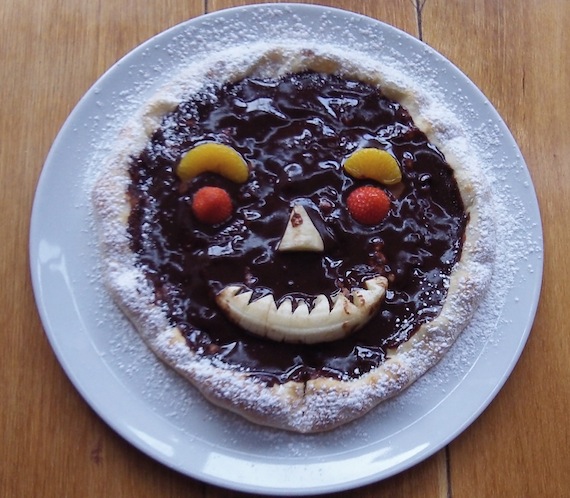 Chop two onions finely and stock in a pan with a large knob of butter and cook until soft but not brown (say 5 minutes). Add in the pumpkin flesh and leave for another 10 minutes on a good heat until the mixture starts to look sort of golden. At that point add in 700 ml of chicken stock (vegetable stock if you prefer rabbit food) and bring to the boil. Leave to simmer for 30 minutes by which time all the flesh should be very soft. Add in a small pot of single cream and then user a blender to produce a thick creamy soup.

The soup can be stored for up to two weeks in a fridge but when you re-heat add coriander leaves shortly before serving.

We have enough soup to last both of us for two meals and leave the Mrs with enough left over for a couple of days next week the chief cook has returned to London and she is feeling too lazy to make anything else.

Heap the pumpkin flesh (cut into pieces no bigger than half an inch) in a saucepan and turn on the heat full blast. After about twenty minutes it will be soft so use the blender again to turn into a soggy mess. Put it into a large sieve so the water drips out. Leave it dripping for 10 minutes while you move on.

Put two whole eggs and one egg yolk into a bowl and whisk.  Put a large pot of single cream in a pan and add 3 oz. of brown sugar, a tablespoon of black treacle, a teaspoon of ground cinnamon and ½ teaspoon each of nutmeg and mixed spice. Bring gently to the boil, stirring as you go and adding in the egg mixture before it boils. Stir enough to ensure that the whole lot combines. To this add the pumpkin flesh and stir until combined. To ensure that the pie has the right – really fluffy – texture use the blender again.

Prepare a tart base (the Mrs did this in an expert fashion) and put in the oven (at 180 degrees) for 10 minutes to ensure it is partly cooked. Then pour in the pie mixture and stock back in the oven for another 30 minutes. Take the pie out and leave to go cold. Serve with cream or crème fraiche according to taste And so it is pumpkin meals for this weekend as we relax watching Wall Street this afternoon ( on DVD) and preparing for Downton Abbey.