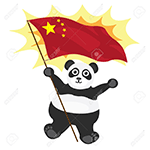 Earlier today we demonstrated quite clearly (HERE) why Camkids (CAMK) has committed accounting fraud and why the statement of yesterday just does not add up. We have been saying that this company is a fraud for months and months and that is now clear to all. The local auditors of Camkids and the now delisted fraud Naibu acted for two other AIM stocks, one of which is Jiasen (JSI). It is also a fraud and we call for an immediate suspension of its shares as well.

This is a company that – like Naibu and Camkids – claimed to be drowning in cash yet mysteriously also borrows money at punitive rates. We have no faith whatsoever that accounts signed off by Crowe Horwath following the abject failures to report contingent liabilities or bank debt at Camkids and Naibu respectively. We are far from convinced that the stated cash position at either firm – as signed off by Crowe Horwarth – was in fact true.

In light of this